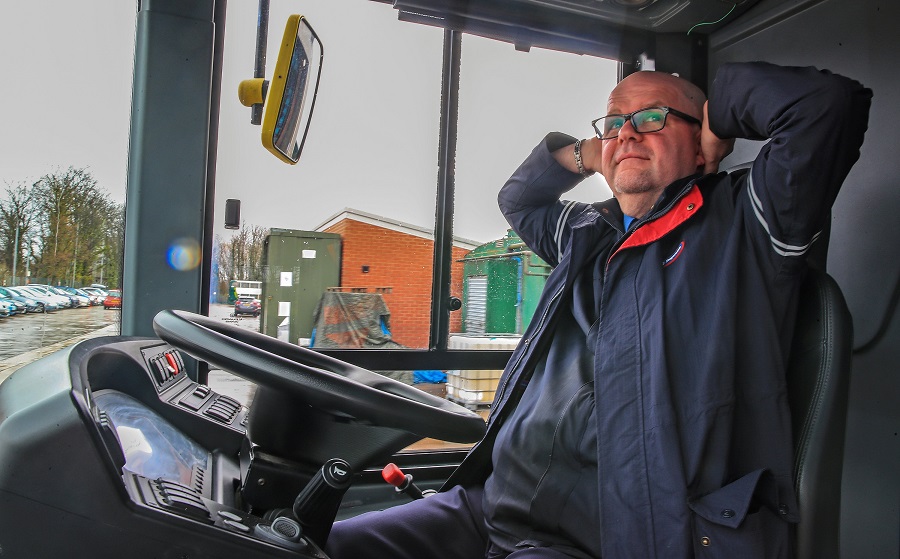 The Stagecoach driverless bus system uses multiple sensors such as radar, optical cameras and ultrasound to detect and avoid objects.

The UK’s first full-sized bus with driverless technology is being trialled by one of the UK’s biggest transport firms.

Stagecoach said the driverless bus will use autonomous functions to move around a depot in Manchester.

The system uses multiple sensors such as radar, optical cameras and ultrasound to plan a path for the vehicle while detecting and avoiding objects.

It is hoped this could provide future benefits during passenger journeys. Such as providing a warning when a cyclist or pedestrian may be in a blind spot.

Existing rules mean a driver must remain on board the bus at all times during the trial. Although the UK is in the process of updating its regulations around driverless vehicles.

The software being used in Manchester will form the basis of another pilot scheme next year. That will involve five autonomous buses. They will transport passengers between Edinburgh and Fife across the Forth Road Bridge Corridor.

“This is an exciting project to trial autonomous technology on a full-sized bus for the first time in the UK.

“It’s our job to lead the way in looking at ways to continually progress and improve our operations for the good of the many people who use our bus services every day.”