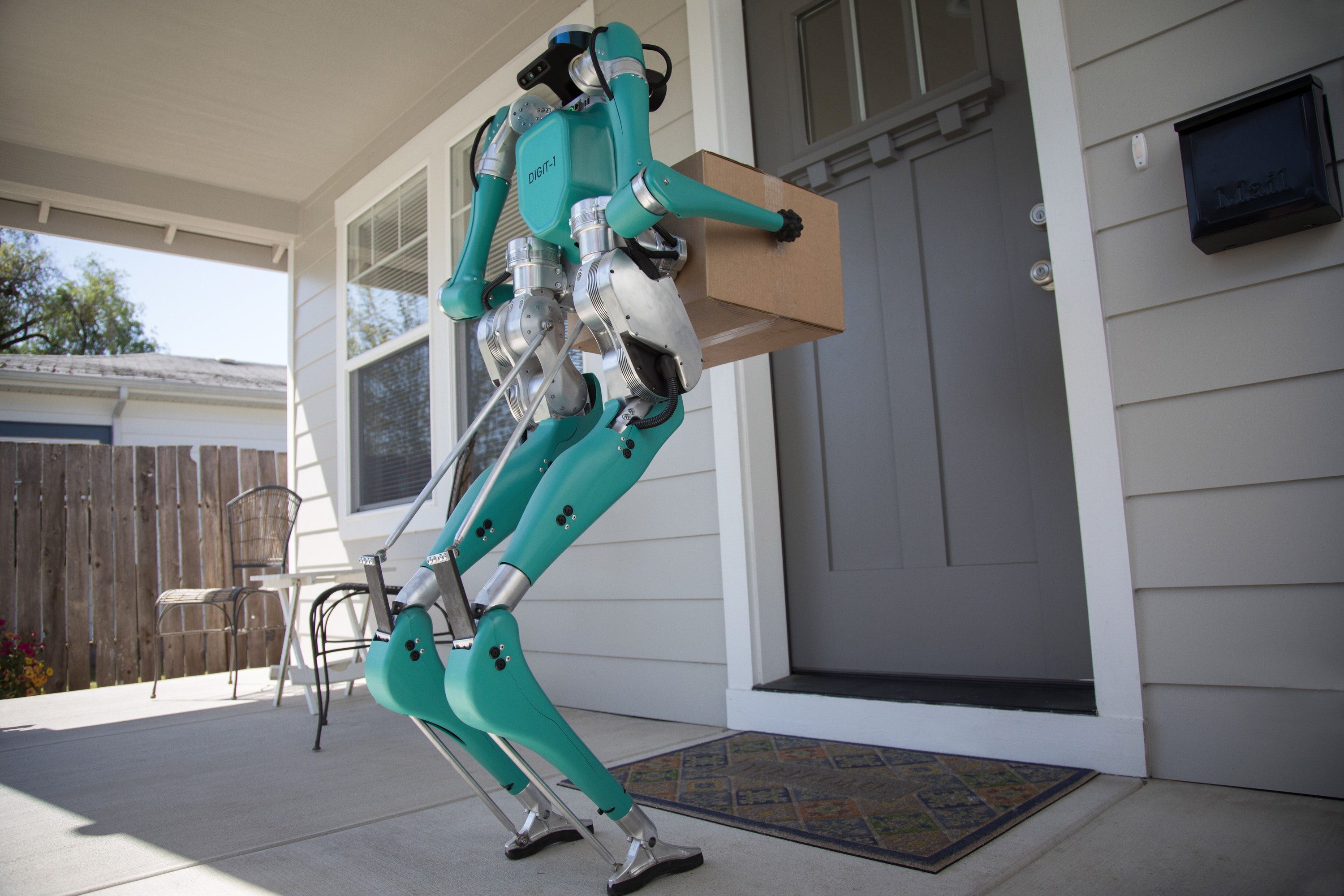 The Ford robot can carry objects weighing up to 18kg from a self-driving vehicle directly to the customer’s door.

A two-legged robot that is able to independently carry parcels from a self-driving delivery vehicle to the front door of customers is being tested by Ford.

Human-like Digit can walk up and down stairs, as well as on uneven ground, holding items weighing up to 18kg, with the aim of one day easing pressure on postal services across the world amid greater demand for faster, more regular deliveries.

The robot, designed and built in partnership with Agility Robotics, will even find its way around any objects it bumps into without losing its balance or falling over using LiDAR (Light Detection and Ranging) and sensory cameras to get around.

When it is not being used, Digit folds itself into the back of a self-driving vehicle until it is summoned for its next job.

“Our goal with Digit is to have a robot as a mobility platform that can be in human spaces, go where people go and work with people,” said Jonathan Hurst, chief technology officer of Agility Robotics.

“There are so many applications where that’s going to be a useful and important task, one of the big ones is package delivery.

“When I order something online, I want it to arrive in half an hour or an hour, I don’t want it to cost anything – a robot vehicle on all of our roads is going to be able to do that but then how do you get it from the vehicle to the doorstep? That’s where our robot comes in, that’s what Digit can do.”

Royal Mail saw a 6% rise in the number of parcels handled year-on-year in December, the busiest time of the year for the company due to Christmas, amid the ongoing trend towards online shopping.

Driverless cars can work together to keep traffic moving, research finds
Uber flying taxis down under
To Top