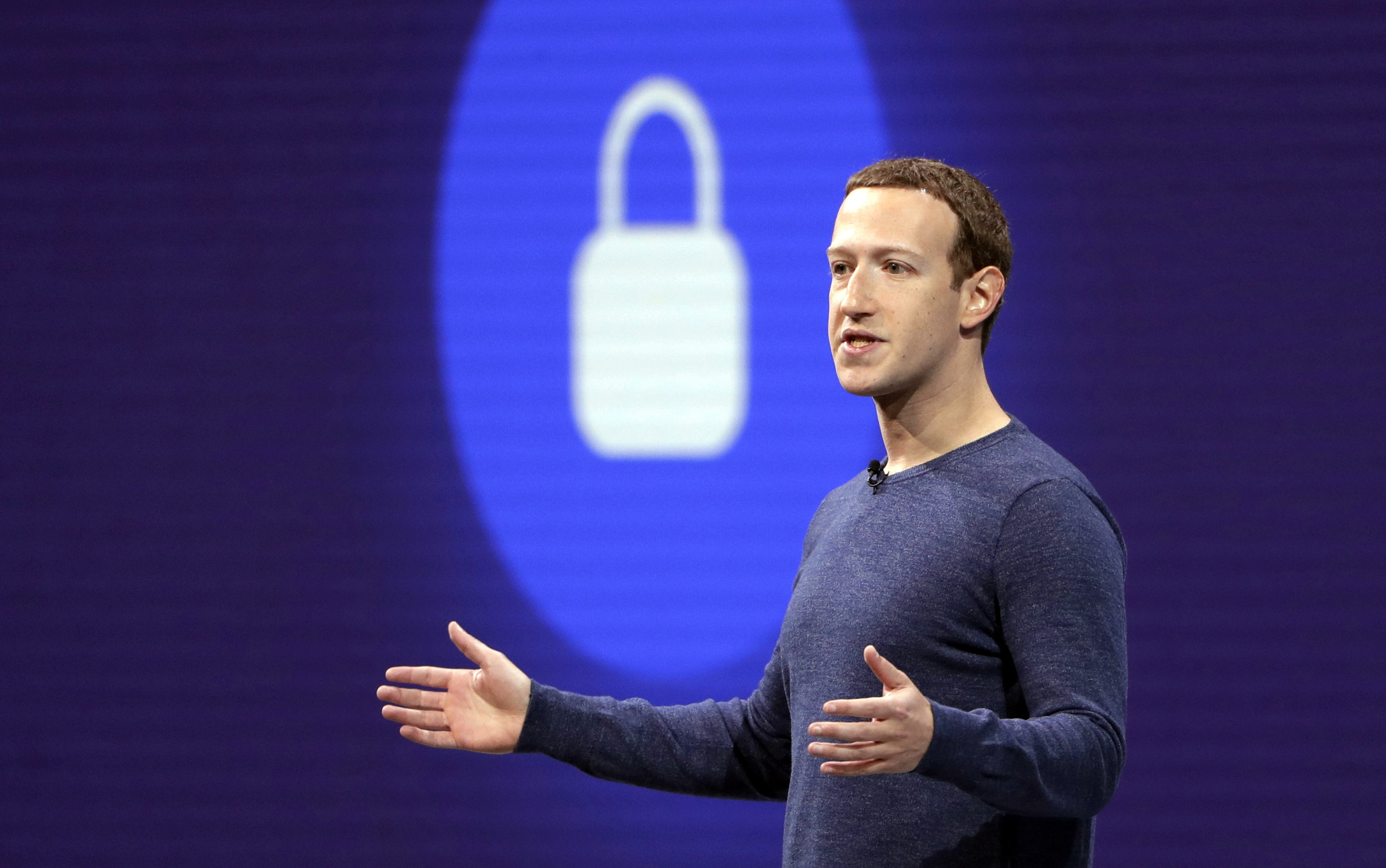 Facebook boss Mark Zuckerberg has pledged to start a “new chapter” for the social network as he unveiled the company’s plans to improve privacy.

The social media site’s founder said “the future is private” as he announced the platform will redesign several areas of its business to make communicating between users more secure.

The firm has been at the centre of a number of data privacy scandals in the last year, including the Cambridge Analytica leak and several breaches of personal user data.

“Over time, I believe that a private social platform will be even more important to our lives than our digital town squares,” Mr Zuckerberg said on stage at the company’s F8 developer conference.

“So today we’re going to start talking about what this could look like as a product — what it means to have your social experience be more intimate. And how we need to change the way we run this company in order to build this.

“I get that a lot of people aren’t sure that we’re serious about this. I know we don’t have the strongest reputation on privacy. But I’m committed to doing this well and starting a new chapter for our company.”

Mr Zuckerberg confirmed that in its first major step in this new direction, the Messenger app is to become end-to-end encrypted by default for the first time.

The update will mean all messages sent between users will be digitally scrambled and inaccessible to anyone without direct access to one of the accounts in the conversation.

Facebook services currently use little encryption by default – only WhatsApp secures messages automatically – but increasing security is part of the company’s plans to keep users on its platforms for longer.

Earlier this year, the company confirmed it planned to integrate its messaging platforms – Instagram, WhatsApp and Messenger – to enable users to securely message each other across any of the platforms, a step the Facebook chief executive reaffirmed at F8.

At F8, the social network also announced a streamlining of the Messenger app, which will see it take up less space on a user’s phone, as well as launch more quickly and be generally more responsive.

Dubbed Project LightSpeed, the update has involved rebuilding the app with a new code base, Facebook said.

Other new Messenger features announced include a standalone desktop app for the first time and a new shared video feature that will enable users to watch videos together in real time while messaging or speaking to each other on a video chat.

The social network has more than 2.3 billion monthly active users.

What do the EU copyright reforms mean for the internet?
Facebook cryptocurrency could be a thing
To Top