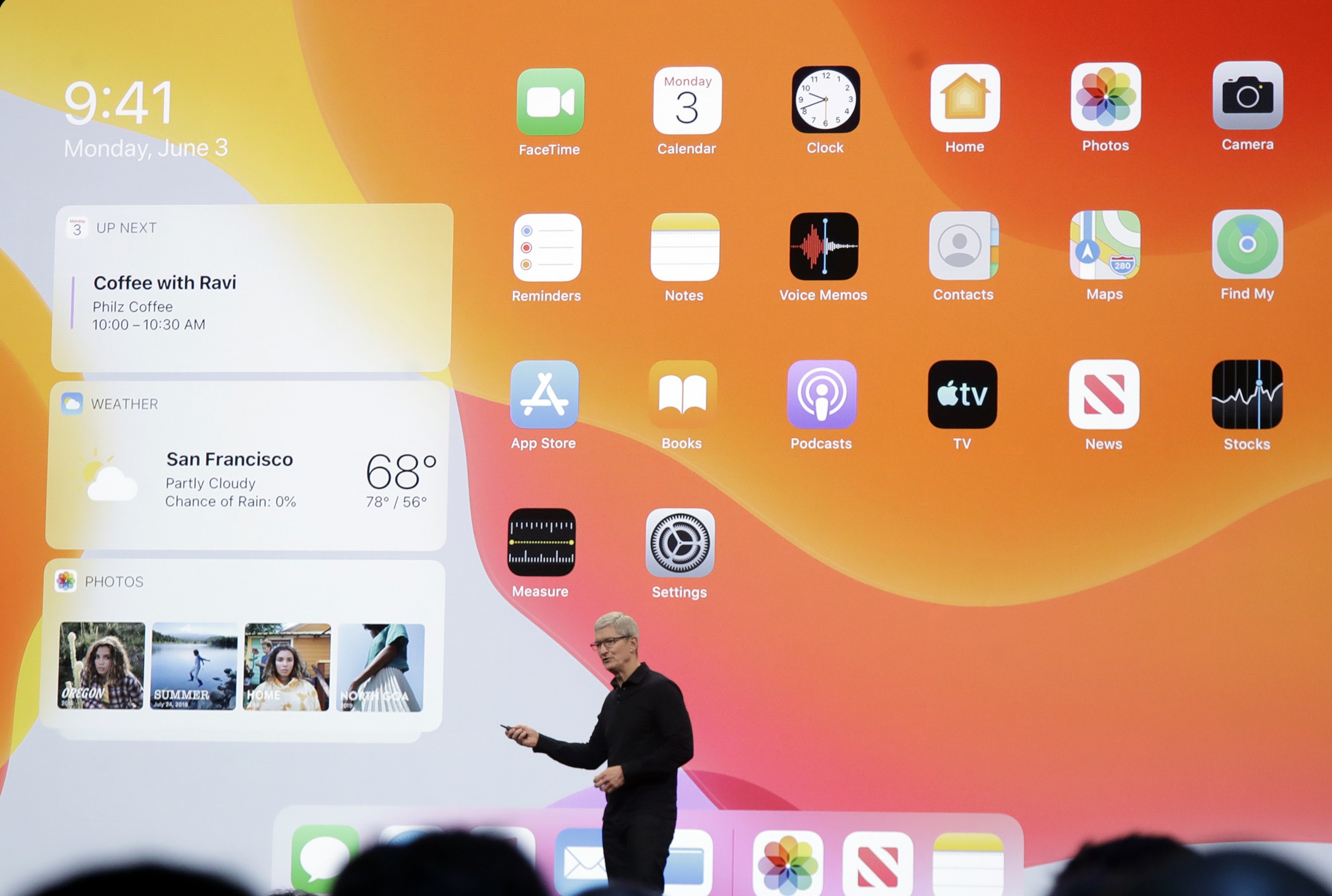 Apple has announced a wide range of updates across its software platforms, as the tech giant prepares for its next generation of devices.

Here is a closer look at the Apple products announced at WWDC (Worldwide Developers Conference).

– macOS and the end of iTunes

The most significant part of Apple’s updates around macOS, the software which powers Mac computers, was the future of iTunes.

Apple is to replace the 18-year-old program with three existing, individual apps. Now, Apple’s Music, Podcast and TV apps will take on the features of iTunes for each of their dedicated mediums.

However, iTunes will remain unchanged on Microsoft’s Windows platform.

The restructuring also means the end of iTunes being used to sync media to devices when via a cable plugged into a computer.

Now, when devices are plugged in, nothing will automatically appear on-screen, with syncing options instead now being found under a sidebar option in the Finder window.

The new version of macOS, to be called Catalina, will also introduce a feature called Sidebar, which will allow users to create an extended display for their Mac using their iPad.

Among the visual changes in iOS 13 will be the introduction of Dark Mode, which will allow for more comfortable screen use in low-light conditions.

The feature can also be scheduled to turn on automatically at sunset, or at a time specified by the user.

As an alternative to current sign-in methods that require using a social account or filling in a form to log into a service, a new “Sign in with Apple” button can be clicked with will allow users to log-in using their Apple ID.

This will protect user information by providing app developers with a unique, random ID, Apple said.

In a step to help make the iPad a more independent device and provide an experience closer to that of a desktop, Apple has introduced iPadOS as the new dedicated software for the tablet.

The new operating system will introduce a brand new home screen to the iPad, where users will be able to pin additional widgets for the first time, as well as show more apps on each page.

The Files app has also been updated in iPadOS to more closely resemble the Finder app on Mac computers where all files are managed.

Web browsing has also been updated, with the desktop versions of website now being displayed on iPad, rather than enlarged mobile versions of sites.

As has been the case for some time now, Apple’s announcements around its Watch focused heavily on the health benefits the device can offer.

At the centre of this year’s update was the new Cycle Tracking app which gives women the ability to log and track information about their menstrual cycle.

The app will also send alerts when the app predicts upcoming period and fertile windows.

A new Noise app is also being introduced, which can listen to noise levels and warn users if the sound reaches decibel levels that can harm hearing through extended exposure.

The Apple Watch is also being given its own, dedicated App Store, Apple confirmed. Users will now be able to browse and download apps for their Watch directly from the device for the first time.

At Apple’s WWDC there were also announcements about the design of their high-end computer.

Apple’s high-end, professional computer has been given a complete overhaul, including an eye-catching design that left some comparing it to a cheese grater.

The powerful workstation, which starts at 6,000 dollars (£4,750), includes Intel’s Xeon processors and can support up to 28 cores and memory of up to 1.5 terabytes.

Apple also announced the new Pro Display XDR alongside the computer, a 32-inch 6K resolution display, which itself will cost 5,000 dollars (£3,950).

The tech giant will also sell a table-top stand for the display, which itself will cost another 1,000 dollars (£790).