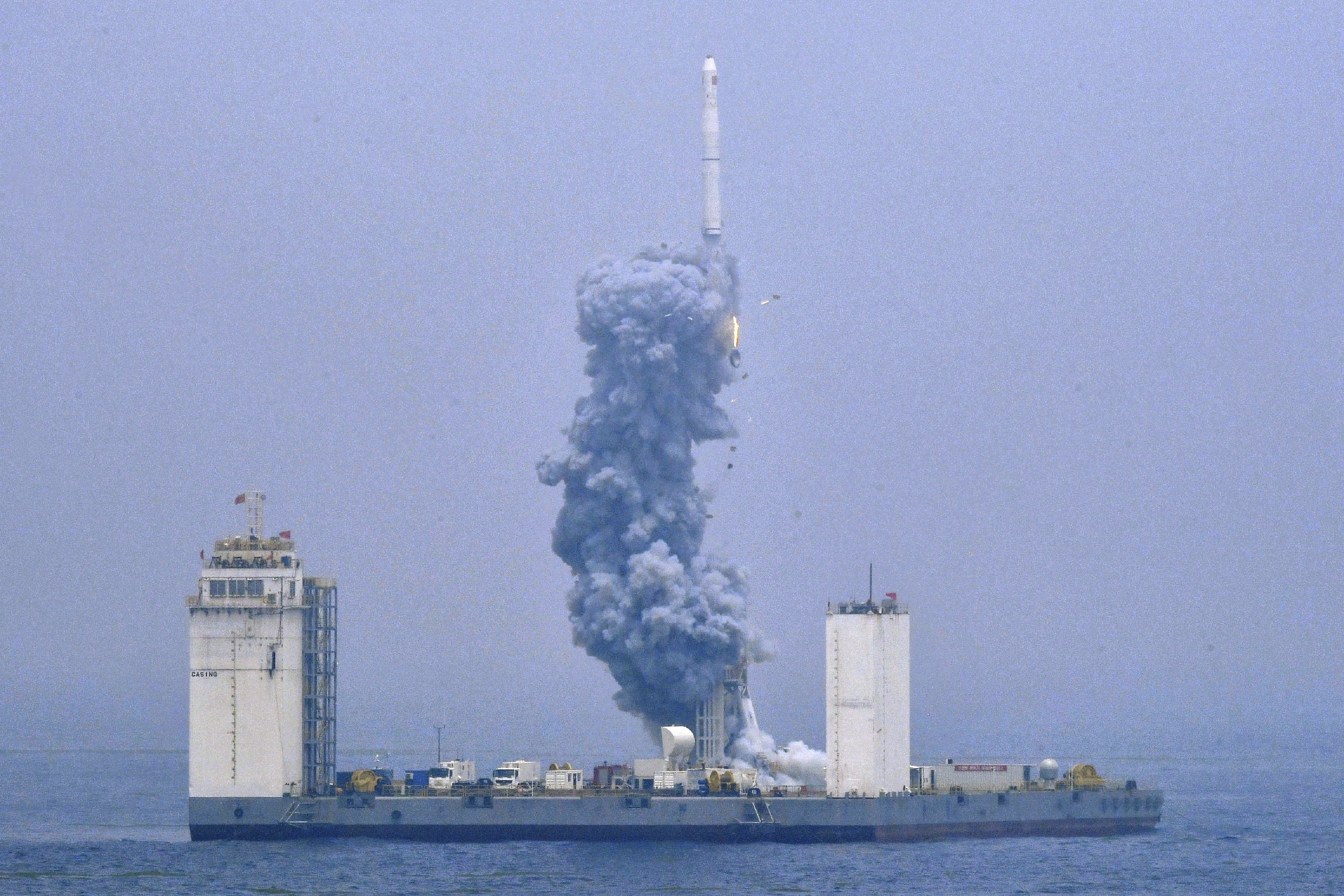 The Long March 11 rocket blasted off from a launch pad aboard a commercial ship in the Yellow Sea off the coast of Shandong province. It’s the first time a China rocket has launched from a mobile platform at sea, sending five commercial satellites and two others containing experimental technology into space.

The Long March 11 rocket blasted off from a launch pad aboard a commercial ship in the Yellow Sea off the coast of Shandong province, marking the 306th launch of a rocket in the Long March series, but the first one at sea.

China is the third country after the US and Russia to master sea launch technology.

Sea launches offer advantages such as the ability to position closer to the equator, requiring less fuel to reach orbit and thereby lowering overall launch costs.

It also reduces the possibility of damage on the ground from falling rocket debris.

China’s space programme has developed rapidly, especially since it conducted its first crewed mission in 2003, becoming just the third country after Russia and the US to put humans into space using its own technology.

It has put two space stations into orbit and plans to launch a Mars rover in the mid-2020s. Its space programme suffered a rare setback last year with the failed launch of a Long March 5 rocket.

Plans currently include a permanent Chinese space station in 2020 and crewed expeditions to the Moon. Officials have articulated long term ambitions to exploit Earth-Moon space for industrial development, and are keen to play a major-role in future international projects.