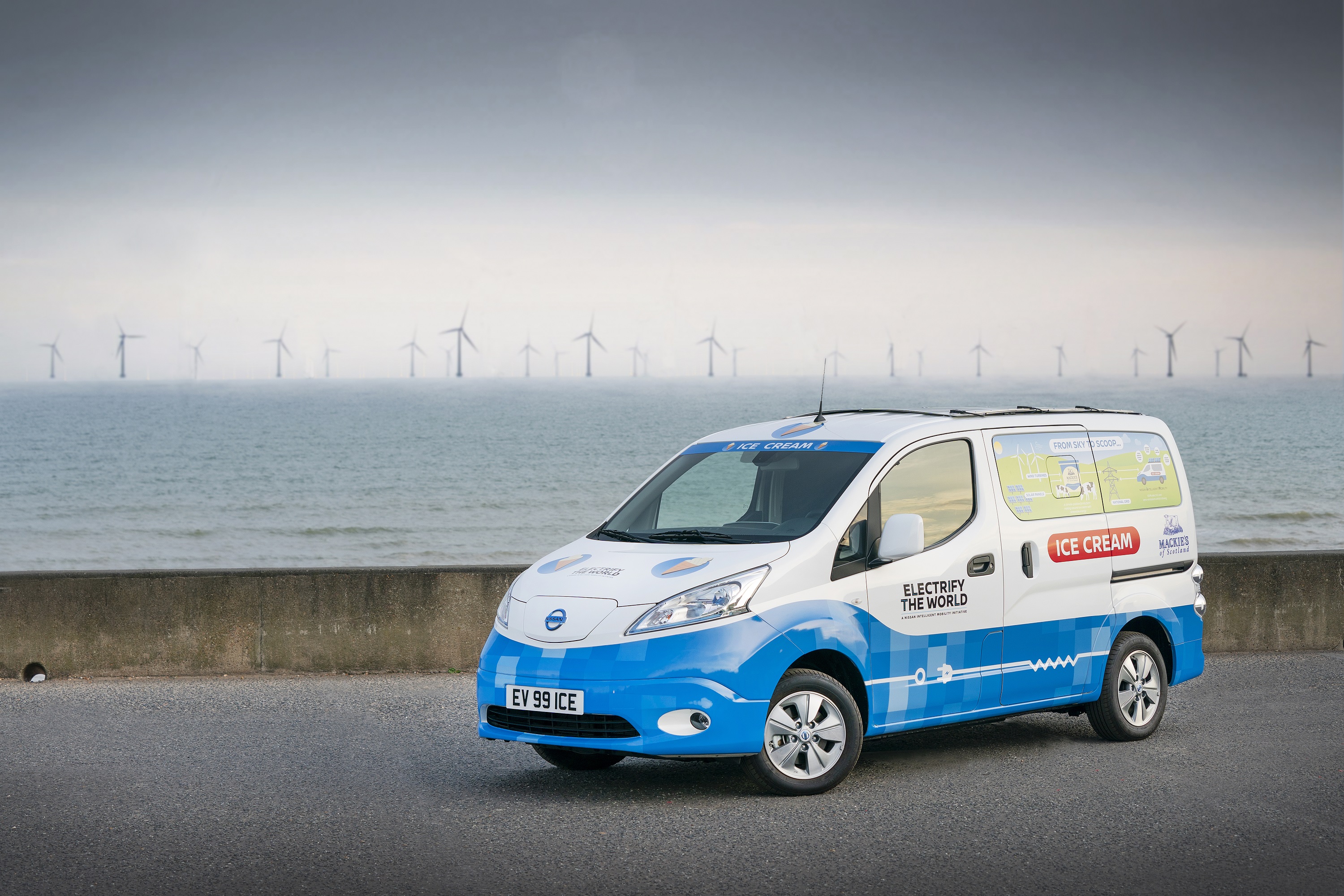 Nissan has unveiled a concept, zero-emission ice cream van for Clean Air Day as the firm looks for a solution to the issue of the amount of carbon emissions produced by vans currently in use.

The car giant has created a prototype vehicle based on its e-NV200, its own fully electric light commercial van, and has worked with ice cream producer Mackie’s of Scotland on the concept.

Existing ice cream vans have been criticised for the diesel engines they keep running to power refrigeration equipment – engines which produce harmful emissions such as black carbon – and are often running in close proximity to groups of children.

Nissan says that in contrast, its prototype uses a battery to power its motor, while the on-board ice cream equipment is powered by the automotive firm’s new Energy ROAM system, a portable power pack which gathers energy from a solar panel on the van’s roof and can also be recharged via a mains supply.

Kalyana Sivagnanam, Nissan Motor GB’s managing director said: “Ice cream is enjoyed the world over, but consumers are increasingly mindful of the environmental impact of how we produce such treats, and the ‘last mile’ of how they reach us.

“This project is a perfect demonstration of Nissan’s Intelligent Mobility strategy, applying more than a decade of EV experience and progress in battery technology to create cleaner solutions for power on the go – in ways customers might not expect.

“By eliminating harmful tailpipe emissions, and increasing our use of renewable energy, we can help make this a better world for everyone.” Will many of these ice-cream vans be made? Hundreds-and-thousands hopefully!

London Mayor Sadiq Khan has announced that London is to have its largest-ever car-free day in the autumn. Over 20km of roads will be closed to cars in central London – including Tower Bridge and London Bridge with the aim of creating ‘Play Streets’ for children. 18 boroughs will create areas where children can play and interact with one another, safe in their local community.