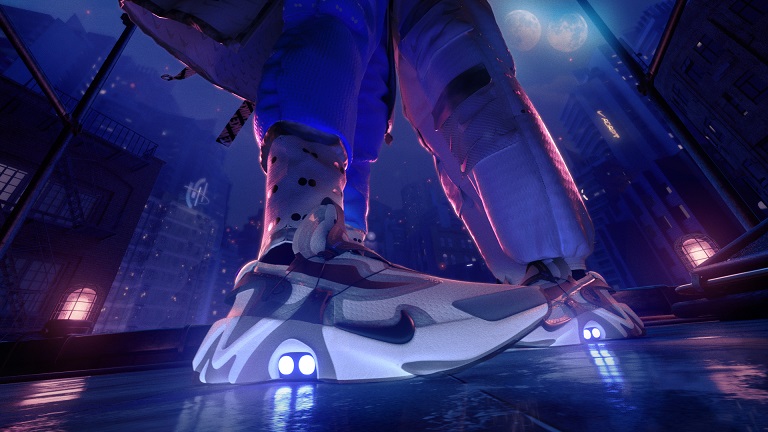 Owners of the new Nike trainers will be able to say: “Siri, release my shoes.”

Nike is tying up with Siri to allow owners of its new shoes to untie the laces using their voice. The company’s latest take on futuristic wearable technology has been embedded into its revamped Huaraches trainers.

Users can tell the Apple virtual assistant, “Siri, release my shoes” through the Apple Watch or iPhone, via the Nike Adapt app.

Nike’s FitAdapt lacing system uses a midfoot motor to carry out the lacing process for wearers, which has previously been used on other trainers such as the Nike Adapt BB.

Nike said: “The latest iteration of FitAdapt allows for a wider array of personal preferences amid various environments and situations — a key revolution given the multi-purpose nature of contemporary lifestyle footwear.”

The Adapt Huaraches feature the same neoprene bootie and supportive exoskeleton as the original 1991 Air Huaraches, but they add two LED lights that can change colours via the app. The app will offer preset modes that can be set to different colours and change fits depending on your foot type and activity.

The accompanying app also allows people to customise the colour of LED lights situated on the bottom of the shoe, with the option to choose preset modes or create custom fit and light combinations.

Nike says users can set Siri Shortcuts for the “individual’s most employed features of the shoe.” Hmm, well there aren’t too many things you can do with a shoe apart from put it on and take it off. Unless you count throwing your shoe at the telly whenever you see a politician!

Pricing is yet to be confirmed, but the Nike Adapt BB trainers featuring similar technology went on sale for more than £300.

The Adapt Huaraches trainers will be available from September 13 at select retailers, as well as through the SNEAKRS app.

Bionic Bird creates a flap as it takes to the skies!
Is your Smart TV constantly spying on you?
To Top