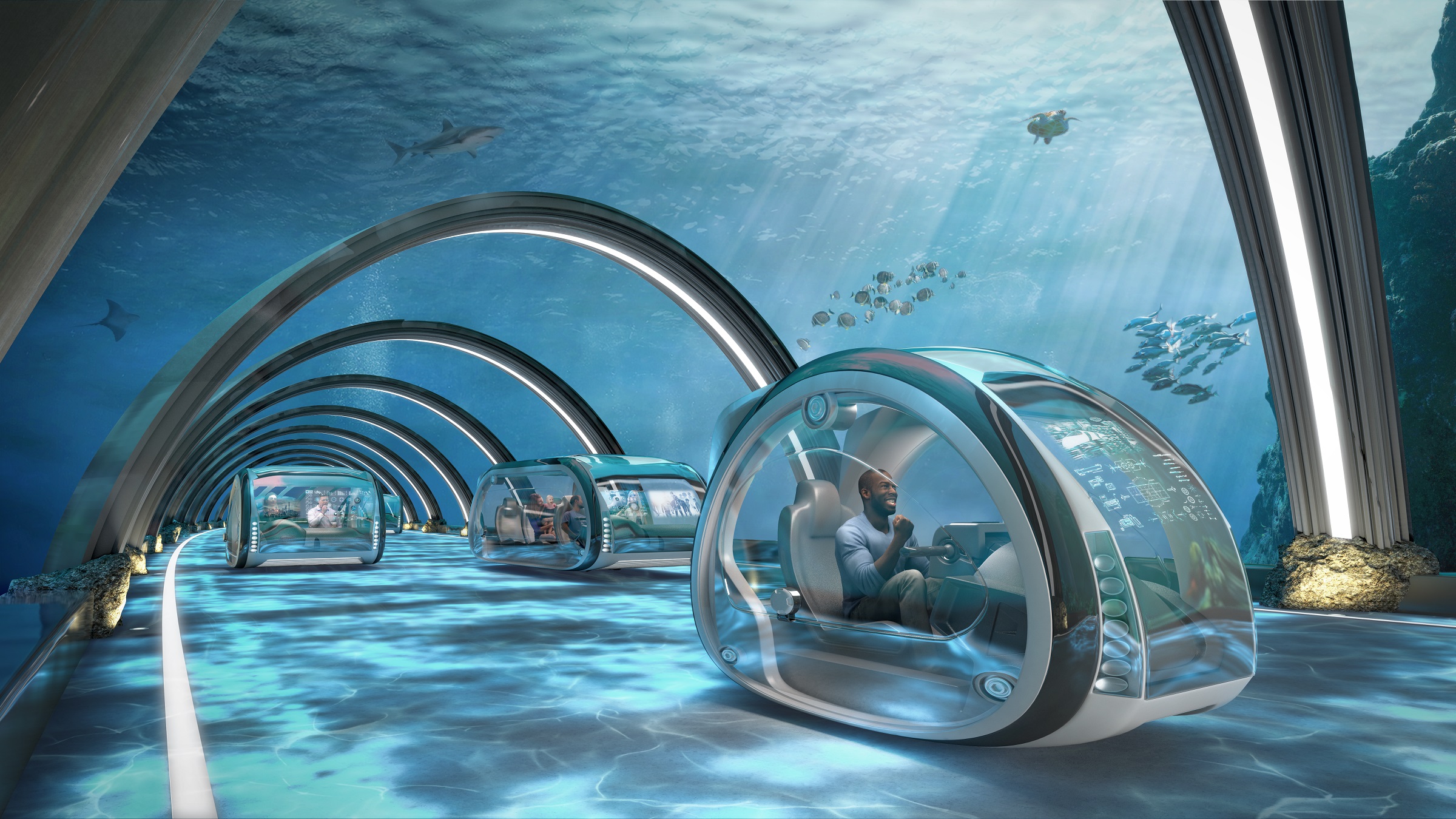 A new Samsung report into life in the future predicts major advances in transport, health and nutrition and sport. Underwater highways, hoverboard-based sports, self-cleaning homes and holidays in space will be commonplace in 50 years’ time, a new report on the future of technology has predicted.

The report also predicts the mass-scale production of 3D-printed organs, implants to monitor our health and self-cleaning homes will be key parts of everyday life.

The predictions have been compiled by a group of academics and futurists, including TechUK president and co-chair of the Institute of Coding Jacqueline de Rojas, director of engineering and education at the Royal Academy of Engineering, Dr Rhys Morgan and food futurologist Dr Morgaine Gaye.

The report was commissioned by Samsung to mark the opening of Samsung KX, the technology firm’s new “experience space” and retail store in King’s Cross, London, which will host tech tutorials, health and wellbeing sessions and other classes.

Called Samsung KX50: The Future in Focus, it suggests that by 2069 transport will have been revolutionised – with underwater tube transport systems in use between the UK, mainland Europe and other regions, where high-speed pods transport travellers between some countries in less than an hour.

Flying taxis and buses will also be used in urban areas to cut congestion, while more long-distance travel will involve reusable rockets flying in the upper atmosphere and at high-speed, cutting travel time between London and New York to under 30 minutes, the report suggests.

In health, virtual companions and carers will become common, tracking a person’s health status throughout their life and able to translate symptoms and conditions into any language.

The large-scale 3D printing of vital organs will offer instant replacements to those who need them and insects will have become a key protein source, the report claims, with kitchens of the future equipped with counter-top growing pods and tools to harvest the insects produced.

Ms de Rojas, who co-authored the report, said: “The next 50 years will bring the largest technological changes and innovations we have ever seen in our work and leisure.

“The Digital Revolution, just as the Industrial Revolution did 250 years ago, is challenging all our assumptions about how we shall lead our future lives.”

The report also asked Britons which of the predictions they would most like to see become a reality, and 63% of those surveyed said self-cleaning homes, powered by robot technology would be their top choice, followed by implants to monitor health stats and flying taxis and buses.

Tanya Weller, director of Samsung Showcase, KX, said: “Fifty years ago we could have never predicted such changes to the way we live, work, travel and eat. Samsung has always been a future-facing company, we exist to create human-driven innovations that defy barriers to progress.

“As a brand, we’re not just about making products that embrace the future, we want to help prepare people to navigate the future with confidence. As the new Samsung KX destination opens in Coal Drops Yard, we’re excited that our guests will have the opportunity to discover a range of new, one-of-a-kind tech innovations, powered by Samsung technology.”

It all sounds great, but self-cleaning homes? If they can invent something that can clean up a student’s bedroom, then we want to see it!

Tesla driver ‘asleep’ on highway sparks alarm
Bionic Bird creates a flap as it takes to the skies!
To Top