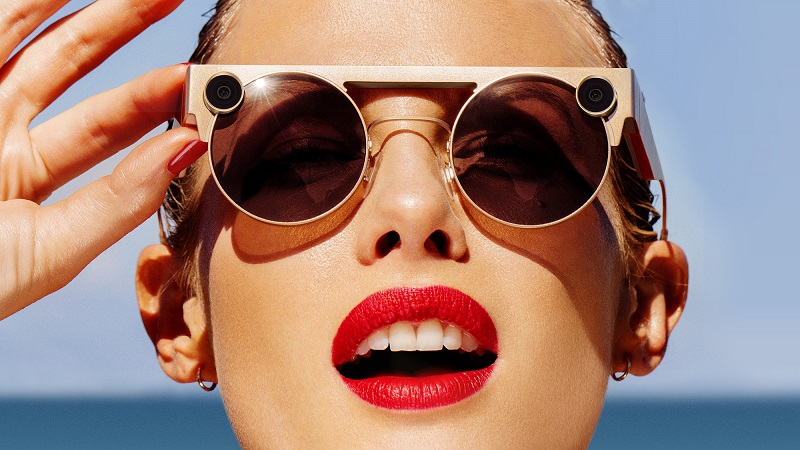 Snapchat has unveiled the third generation of its camera-enabled Spectacles, which allow users to capture images and video to post to the social media site.

The new Spectacles 3, costing £330, will go on sale in the autumn, Snapchat confirmed.

The camera platform said the new Spectacles will wirelessly sync images and video gathered from the glasses to a user’s phone, where a range of 3D effects in the Snapchat app will allow users to enhance their uploads.

Spectacles, the company’s first hardware product, launched in 2016 but have had a mixed history as a consumer product.

Snapchat admitted in late 2017 that it had written off around 40 million dollars in relation to unsold stock of first-generation Spectacles.

Since then, the glasses have been redesigned and made water-resistant. The new Spectacles 3 include two HD cameras which will enable depth to be captured in images.

They will also come with a charging case which can hold up to four charges, the firm said.

Snapchat also confirmed that the new Spectacles will be a “limited edition product”, with far fewer being made than the first-generation glasses.

According to the company’s own figures, 203 million people open the Snapchat camera each day, and share 3.5 billion Snaps every day.

The glasses will be available in two colours: “carbon” (black) and “mineral” (somewhere in between beige and gold). They have a lightweight steel frame, adjustable tips, and also have tinted lenses for protection from the sun.

Like previous editions, Spectacles 3 allow you to take photos and videos by tapping a button on top of the glasses. Indicator lights around each camera will light up when they’re recording, so there’s no confusion. After syncing them to your Android or iOS device, you can then edit them, send them to your friends on Snapchat, or export them for sharing on other platforms such as YouTube.

The price may put a lot of people off buying them, and the younger crowd who use Snapchat may not be able to afford them. But Snapchat say that they need to get the technology right before they make it cheaper.