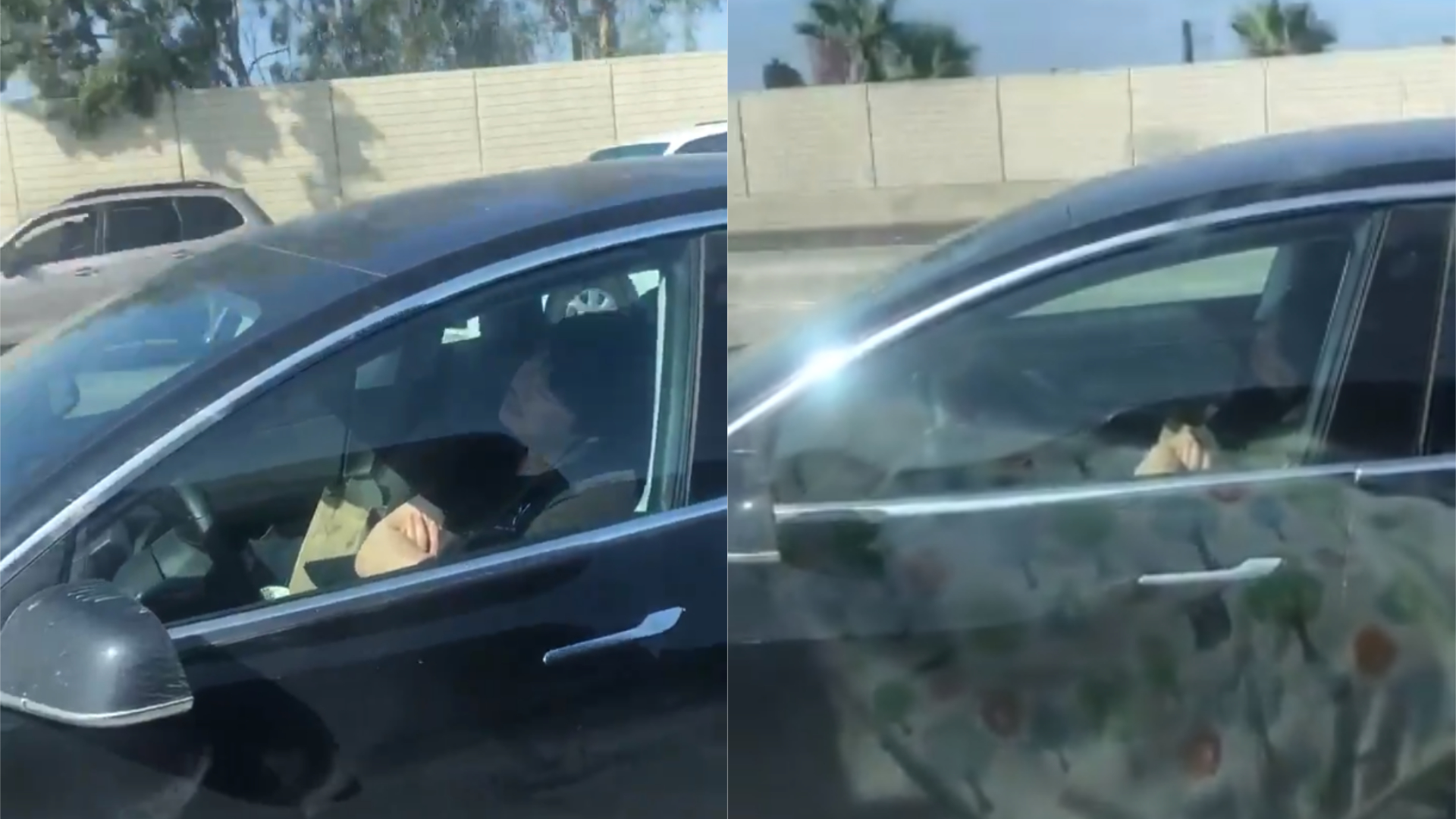 A video appearing to show a Tesla driver asleep while his vehicle drove on auto-pilot has prompted criticism online.

The footage, posted on Twitter by US journalist Clint Olivier and filmed by his wife Alisha, was filmed on Los Angeles’ busy interstate 5 last Saturday morning. As Mr Oliver drives past the car, which is travelling steadily along the middle lane, Mrs Olivier can be heard saying: “He’s totally asleep. This is crazy.”

At the end of the video, the driver appears to become alert and grab the wheel of the car.

Tesla’s auto-pilot feature allows the vehicle to steer, accelerate and brake automatically in a single lane.

However, the company insists that the feature still requires “active driver supervision” and does not make the car autonomous. While there is no specific law in California about sleeping while in the driver’s seat of an autonomous vehicle, police have powers to ensure drivers are not threatening the safety of themselves and others.

It is not the first time a driver has trusted the auto-pilot feature too readily.

While numerous similar sleeping incidents have been reported in the US, British driver Bhavesh Patel, 39, from Nottingham, was last year banned from driving for 18 months after being filmed in the driver’s seat of his Tesla S 60 with his hands behind his head on the northbound carriageway of the M1.

Such incidents along with a number of high-profile crashes have prompted questions over the legal status of autonomous driving.

However, the UK’s Department of Transport recently issued new industry standards in the hope of accelerating the rollout of driverless vehicles on British roads.

Tesla and other producers of automated cars such as Google have claimed that the technology will dramatically reduce the number of crashes on roads.

Tesla did not immediately respond to request for comment, and neither the company nor its owner Elon Musk has replied to tweets about the incident.