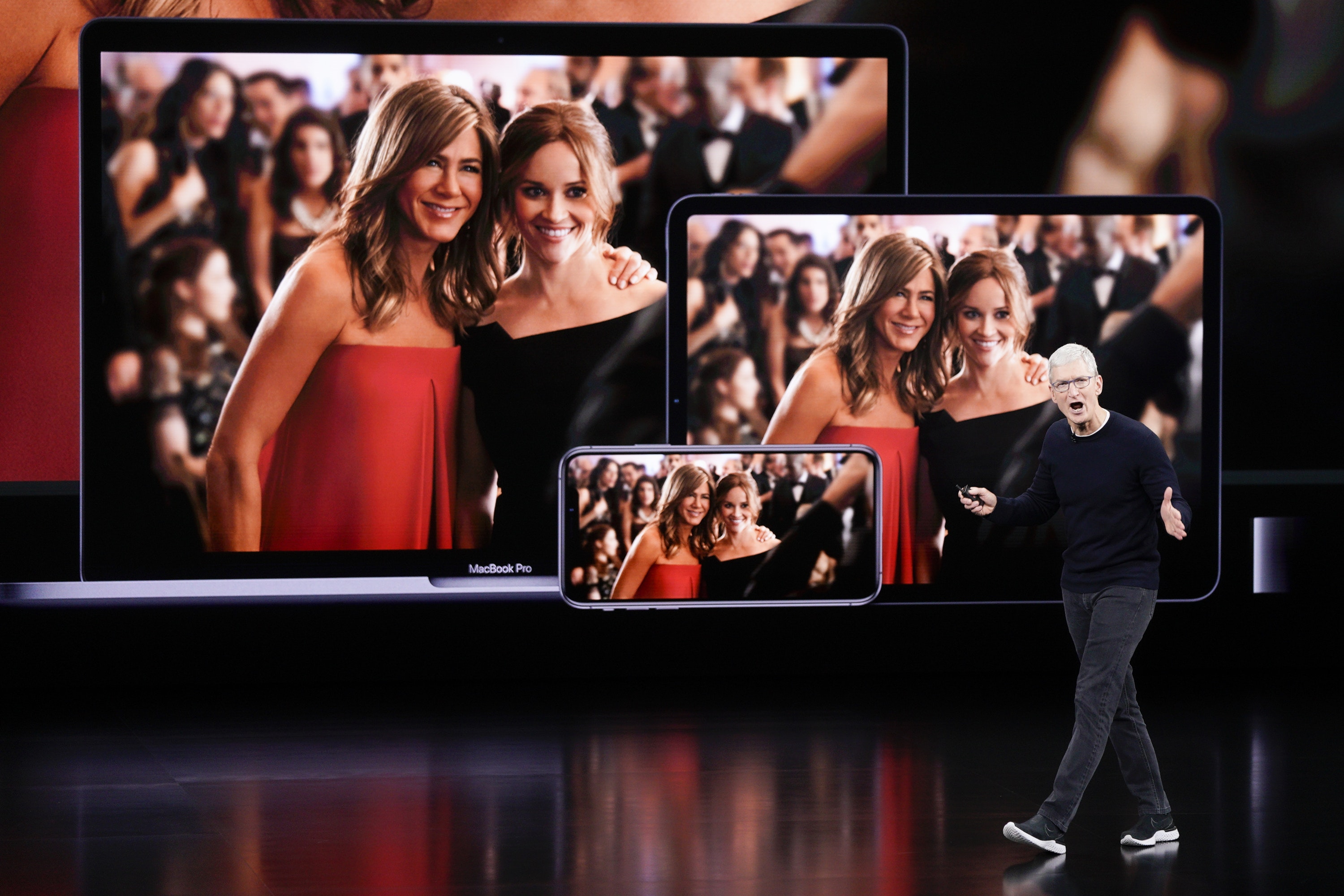 Apple TV+ will cost £4.99 a month and go live in more than 100 countries including the UK on November 1.

Apple’s new TV streaming service will begin its attempts to rival Netflix and Amazon Prime Video in November, the technology giant has confirmed.

Apple TV+, which was first announced earlier this year, will go live in more than 100 countries including the UK on November 1.

The platform, which will cost £4.99 a month, has caught the attention because of the number of high-profile stars confirmed to be working on original content for the platform – including Steven Spielberg, Oprah Winfrey, Jason Momoa and Jennifer Aniston.

The confirmed monthly price for Apple’s service also makes it cheaper than both Netflix and Amazon Prime – two of the current market leaders in original content and streaming.

Following the success of the Apple Music streaming service, the company has been placing an increased focus on the services aspects of its business, as iPhone sales have declined.

Apple also announced that from Tuesday, anyone who buys an Apple device will be given a year of Apple TV+ for free.

“With Apple TV+, we are presenting all-original stories from the best, brightest and most creative minds, and we know viewers will find their new favourite show or movie on our service,” Apple head of worldwide video Zack Van Amburg said.

“Each Apple TV+ original offers its own unique story, fresh perspective and powerful message – all meant to entertain, connect and inspire cultural conversations.”

The service will include original shows such as See, a future-set drama starring Momoa where a virus has rendered the human population blind, which was shown off for the first time during Apple’s live event.

Check out our other blogs on streaming…