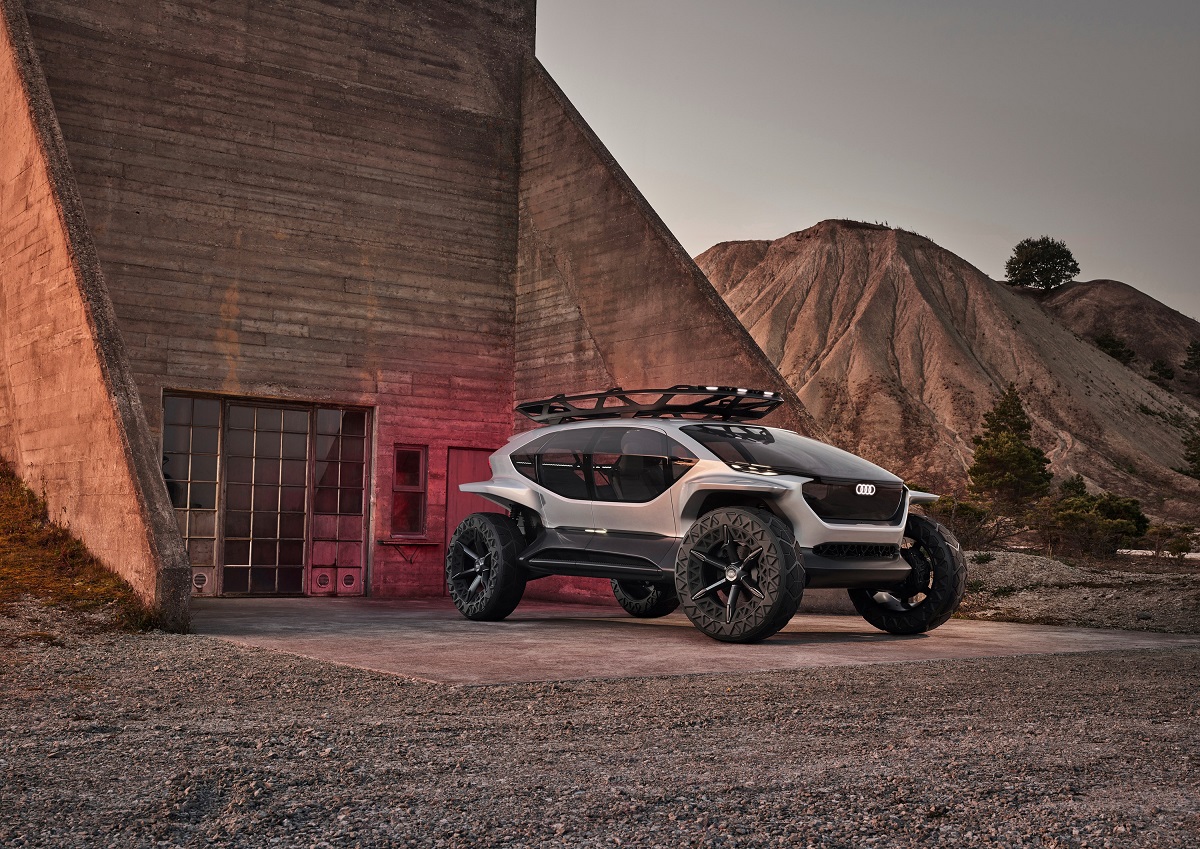 Audi has swapped headlights for drones in its latest futuristic vehicle concept, revealed at the Frankfurt Motor Show.

The AI:Trail Quattro, an all-electric off-roader, comes with five drones which help guide drivers through dark conditions, instead of conventional low beams and high beams.

Inductive charging points are featured on the roof rack of the vehicle, where the drones can land independently.

The drones can group together when necessary to provide additional light intensity.

As well as illuminating the path ahead, the drones can also be used as eyes from the sky, transmitting live video back to the driver’s display.

Aimed at explorers, the technology will be on hand as a campfire light, and will be able to project directional symbols to assist hikers.

It remains a concept for now so may never become a reality but it does offer a glimpse of what motoring could look like in the future.

AI:Trail comes with systems for assisted and automated driving, supported by four electric motors designed to reach a maximum speed of 80.8mph.

“With the AI:Trail, we are showing an off-road concept with an emissions-free electric drive for an innovative driving experience away from paved roads,” Marc Lichte, Audi’s head of design, said.

The Audi AI car is 4.15 metres long, 2.15 metres wide, and rides on massive 22-inch wheels with 33.5-inch off-road tyres. The ground clearance is 34 centimetres and the vehicle should be able to ford through water more than half a metre deep.

On public roads, the show car should be capable of Level 4 autonomous driving, which is the second-highest level on the standardised international scale for increasing automation. For off-road adventures, the AI:Trail Quattro offers traditional steering wheel and pedals but still “automated driving in the reduced-speed Level 3 range can be possible on dirt roads only in exceptional cases and at low speeds.”