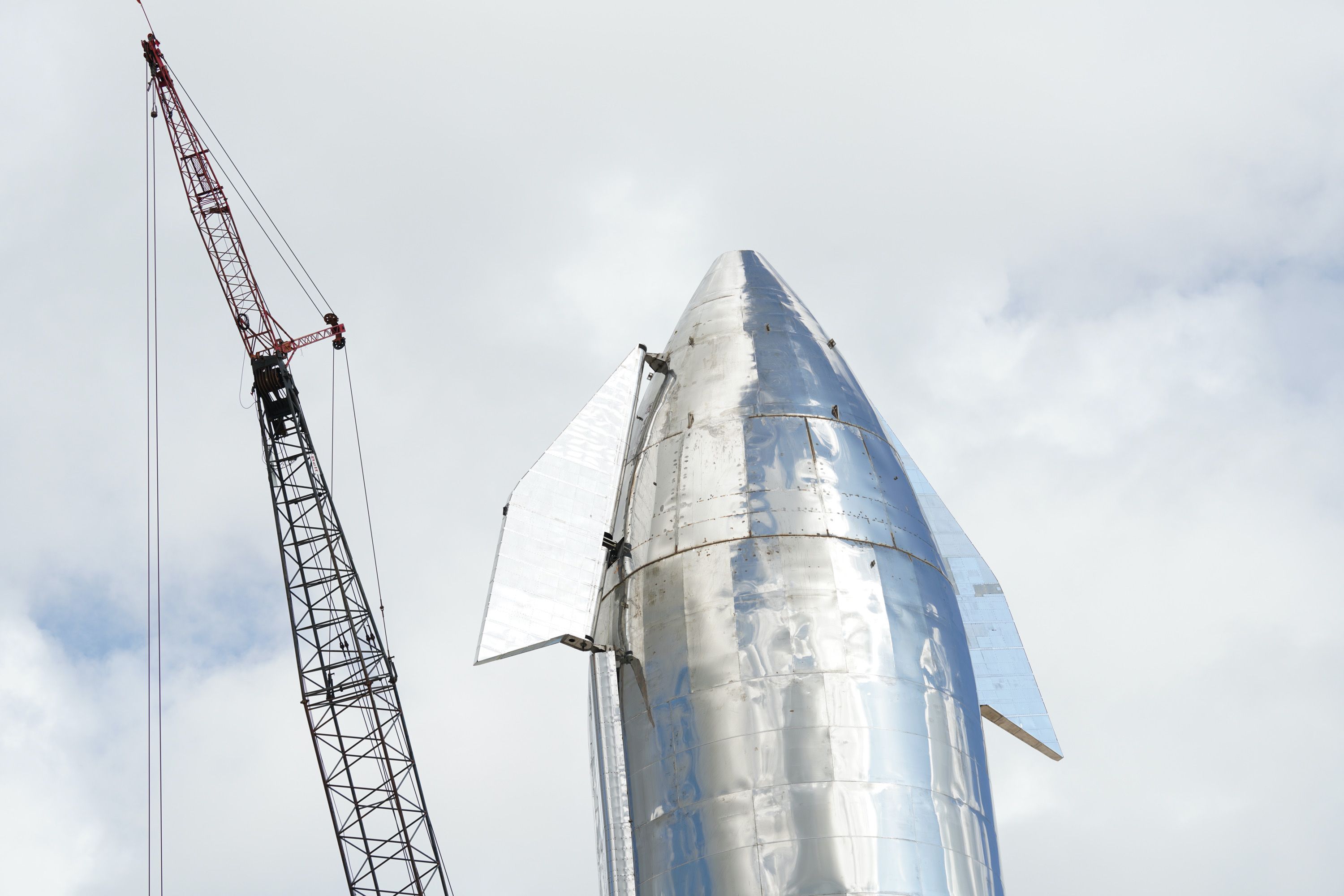 Spaceship to Mars? Quite possibly, and it looks like the sort of space vessel that Flash Gordon would have been proud to pilot. Very 1950s comic-book style!

Elon Musk has unveiled the SpaceX spacecraft designed to carry a crew and cargo to the moon, Mars or anywhere else in the solar system and land back on Earth perpendicularly.

In a livestreamed speech from SpaceX’s launch facility near the southern tip of Texas, Mr Musk said the space venture’s Starship is expected to take off for the first time in about one or two months and reach 65,000 feet before landing back on Earth.

He said it is essential for the viability of space travel to be able to reuse spacecraft and that it is important to take steps to extend consciousness beyond our planet.

A crowd watched as Mr Musk spoke from a stage in front of the large spacecraft, which has a reflective, metal exterior. Its draws inspiration from the classic kids comics from the 50s and 60s when Mars was a very, very,very, distant dream.

Musk said the company is aggressively working to build the next iterations of the Starship prototype over the next five to six months.

SpaceX CEO Elon Musk gives an update on the next-generation Starship spacecraft at the company’s Texas launch facility on Saturday.

“The rate at which we will be building ships is going to be quite, quite crazy by space standards,” he revealed.

To do this, he said, the company is ramping up production of the rocket’s engines to reach a production target of building one new engine a day by early next year. If all goes to plan, he said, “we could potentially see people flying next year.”