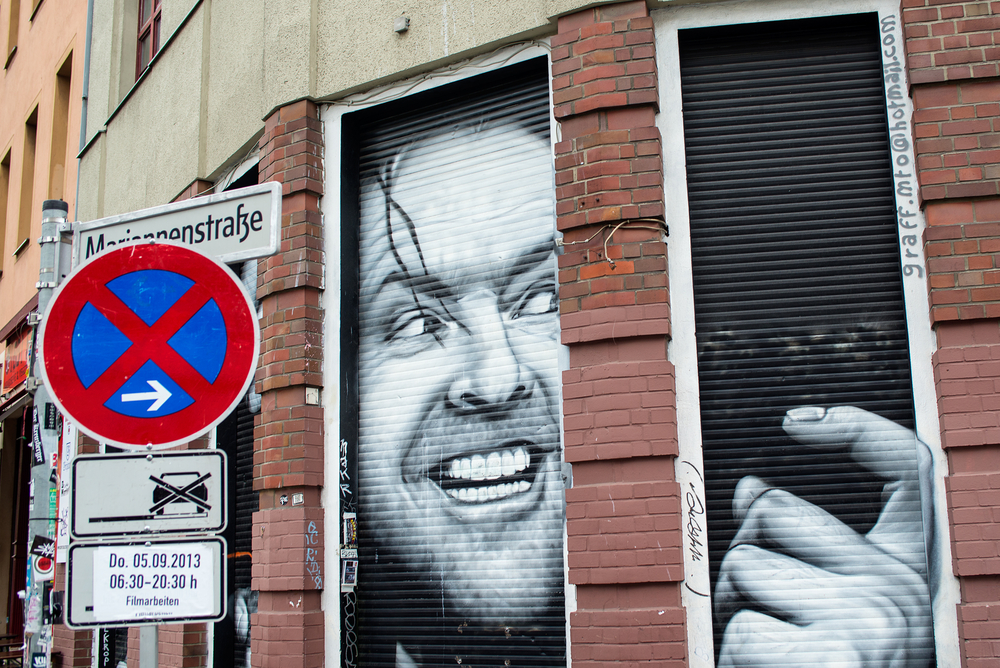 Halloween is an annual holiday in the USA, celebrated each year on October 31. It originated with the ancient Celtic festival of Samhain, when people would light bonfires and wear costumes to ward-off ghosts. Imagine hundreds of people all moaning and groaning, all dressed in strange outfits. A bit like pension day at the Post Office.

Halloween of course, is the time when people all sit around to watch a horror movie. But which movies are the scariest of all-time? We’ve put together a list of the creepiest halloween movies as selected by the staff at Ebuyer. Don’t complain if your own favourite isn’t included, because this just a fun item – so don’t come running ‘round with a big cleaver saying you’re going to do stuff to us!

In no particular order, here’s our off-beat look at the Ebuyer staff top 12… And remember these movies all look fabulous on a Full HD TV from Ebuyer! hang on, I feel a bit sick after that blatant plug!!!

Jack Nicholson plays a writer who gets a job as a caretaker in an empty school during the holidays. He thinks it will be great to have peace and quiet to write his book. It all goes horribly wrong, he gets possessed or something and runs ‘round with an axe. You can imagine what that school’s OFSTED report was like!

People are being bumped off left, right and centre in this ace horror movie. We couldn’t stop screaming when we went to the cinema to see this –  and who could blame us? Have you seen the popcorn prices in Vue?? 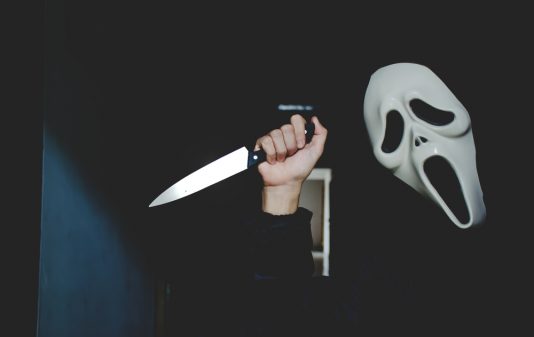 The idiot’s got his knife upside down!

A guy goes to an island and there’s loads of creepy stuff going on such as strange dancing, effigy burning and nudity. Sounds like a typical Ebuyer staff party.

The classic Alfred Hitchcock movie about a weirdo serial killer who runs a shabby motel in the middle of nowhere while dressed as an old lady. The Police eventually catch him after following the smell of lavender. 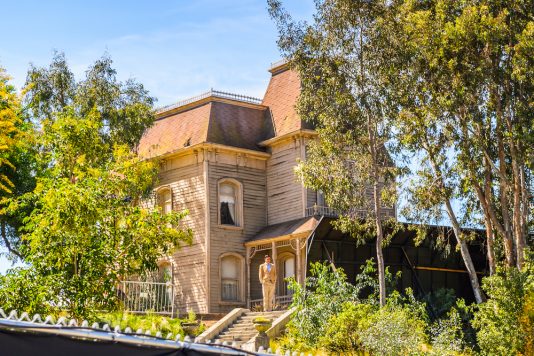 The house where Norman Bates lived with his mother. Oh, there he is now, staring at us!

Two friends wake up semi-naked and chained to a sink in a bathroom – nothing unusual there, that’s a regular occurrence during ANY Fresher’s Week in the UK. But, in the movie Saw, one of the pals has to kill the other, or his family will die. You don’t get to find out whodunnit until ‘Saw 346’ which is due for release in 2087. We can’t wait!!

A woman from the CIA goes to interview a serial killer in prison about some crimes that are being committed. She thinks he might be able to help her, and he wears this mask thing which makes him look scary.

He seems very bitter about the whole prison experience. And you can’t blame him, so would you, if YOU’D been given a triple life sentence for parking in a disabled space outside Aldi. 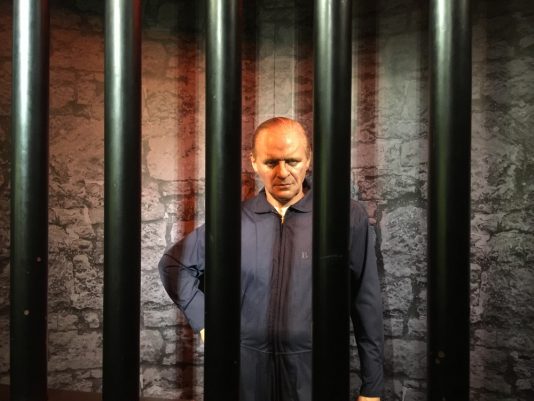 A slightly camp wax model of Anthony Hopkins in a cell

One of the classic Halloween movies. A guy with a mask on causes mayhem on Halloween night. It all starts off where he’s quite happy knocking on doors and getting sweets – until some rotter gives him a pickled onion dipped in chocolate – the rest is history!

A girl gets taken over by the devil, and her head turns around 360 degrees. A vicar comes round and tells the devil to sling his hook! It all ends happily when the devil stops possessing people and goes back to his normal job as traffic warden.

An all-time classic. Some young people get lost in the rough part of West Yorkshire and a mad man goes on a savage killing spree. People were physically sick in the cinema, which is not surprising – those explicit images of Huddersfield Town centre in the 70s were stomach churning. 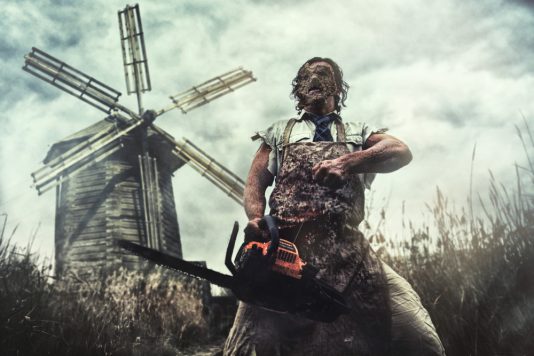 He’s gunna have someone’s eye out with that if he isn’t careful!

This always comes near the top of people’s favourite Halloween movies. This is where another group of youngsters accept help from a friendly local in Australia. He tortures them by playing Crocodile Dundee 3 on a loop. It’s a horrible way to go.

A story about a bloodsucker who has no friends. No, it’s not about a solicitor, it’s about a young vampire who plays centre-forward for a soccer team in Denmark. He’s good with his feet, but he’s not a fan of crosses!

Perhaps the greatest ever ‘horror’ film isn’t actually a horror movie in the true sense. It’s a comedy starring Kenneth Williams, Fenella Fielding and Jim Dale. Women are mysteriously disappearing – at the same time as similar-looking mannequins are appearing in a local shop window. Are the two connected? The Carry-On team featured some incredible comedy talents, plus Bernard Bresslaw. Oh, google him!

Harley-Davidson in new electric motorcycle shock!
Indian students get in a flap during exams. You couldn’t make it up!
To Top