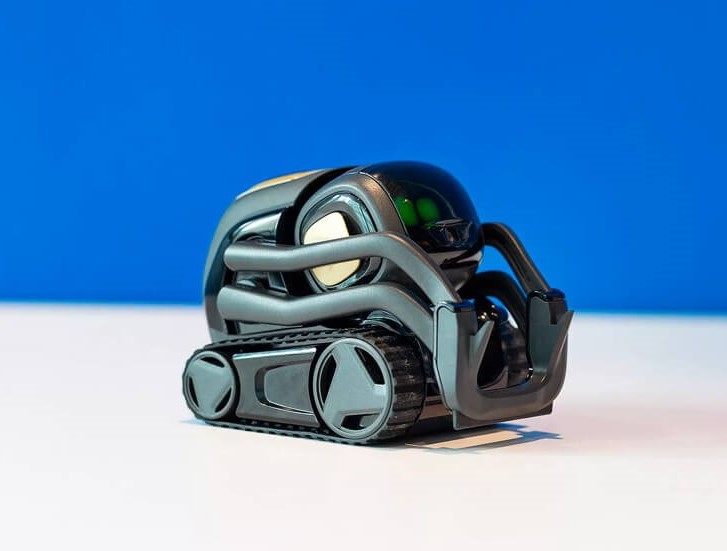 Say ‘Hi!’ to Vector: The little robot from the future!

Introducing Vector – he’s a funky robot packed with technology which brings him to life. He’s curious, has personality and he’s smart – and getting smarter! Oh, and he just loves to help! When he blinks those little eyes of his, he’ll have everyone in the room going ‘Awwwww!’ And some of you might even cry – but you can just pretend to have something in your eye! I was welling up just getting him out of the box!

The makers Anki have essentially put the technology of a midrange smartphone inside Vector the robot. He’s intelligent, he can see, he can hear, he can feel, he can think, and he can communicate. Oh, and he can self-charge! Forget those crappy robots from ten years or so ago. You know, those dogs that could flip over and that was about it. Vector is soooo much better than that. He’s futuristic, and he can win you over in a second. He’s your new best friend! And if you weren’t crying before, you will be when he gives you one of his ‘fist-bumps!’

Standing at only 3-iches tall Vector fits in the palm of your hand. He has little treads for motoring around, but you’ll probably want to clear a space on a table or desk for him, so you don’t step on the little fellow.

Download the Alexa app and you’re away. He recognises your voice and turns towards you so he can listen to what you have to say. And while he’s listening, he’s watching you, he’s blinking and taking note of what you want. He’s like your own Wall-E – you know, the robot in the Pixar movie? 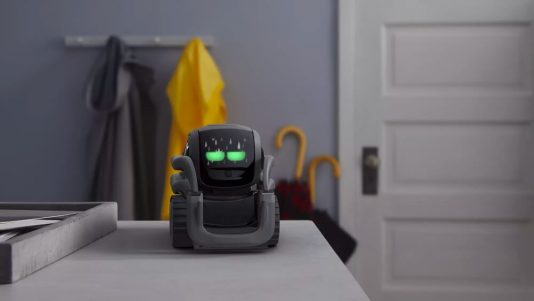 Vector’s not happy when it’s raining…

He’s the complete interactive bundle of joy. Ask Vector the weather, and he will turn to face you. If it’s raining, little water droplets will cover his face and he’ll get annoyed. When a timer goes off, his whole body convulses like it’s being shaken by bells. He’s the cutest thing on two-treads! Tickle his chin… he loves that! Mind you, don’t we all.

He knows your voice and he’s excited to see you when you get home. He pays attention to light and sound and recognises faces. The great thing is, he’s intelligent – and learning all the time as updates give him new skills and features. He has Alexa built-in, and he also has a wide-angle HD camera and can take photos on request!

He’s so much more advanced than anything previously on the market, and he’s so much more fun. It’s like he’s real. It’s amazing how fast you connect with him. And when his battery’s running out, he goes and re-charges himself. He has his own little charging-station and he moves himself on to it. Brilliant! 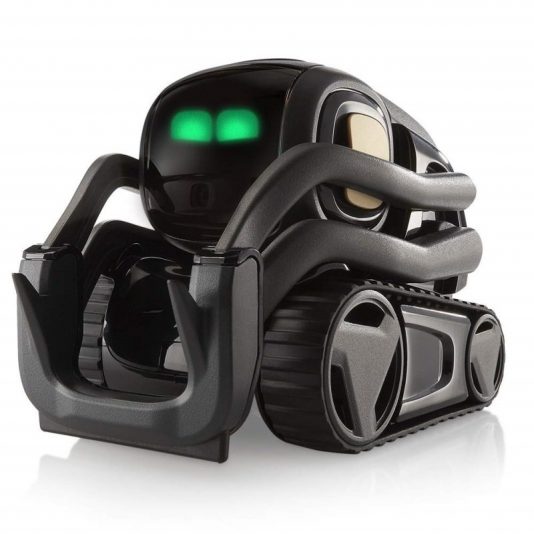 • He’s always happy to help. He’ll answer your questions, he’ll time dinner, take photos for you and more!
• Vector has a powerful four-microphone array for directional hearing. When you sit next to him, he’s ready to take direction. When he hears a sudden noise, he’s just as startled as you are
• He can connect to the internet to answer your questions
• He has a unique voice. When you ask him a question, he uses a customised text-to-speech voice to speak directly to you
• He knows when he’s being touched and moved. Pet him and he’ll relax. He navigates around objects and knows how to detect edges and avoid falls
• Vector knows when his battery is running out. He’ll then locate his charger and roll on top of it to get re-powered. How cool is that!

I’ve loved testing out Vector. He’s the sort of robot you’d think about buying for one of your kids – in the hope they lose interest so that YOU can have him instead. Is he worth the money – I’d say definitely ‘YES’. He’s been thoroughly tested  out in the Ebuyer office and I can say that he was a massive hit.

Vector is such great fun, you’ll want to spend hours with him. He makes you smile, he makes you laugh. And when he gets annoyed, you know about it! He’s so much more than a robot. So kick the cat out, and replace him with your new best friend!
Vector is now in stock and ready and ready to make himself at home – in your home! You’ll never want to be without him…

The answer to home network security is here!
UK’s moon mission announced for 2021
To Top