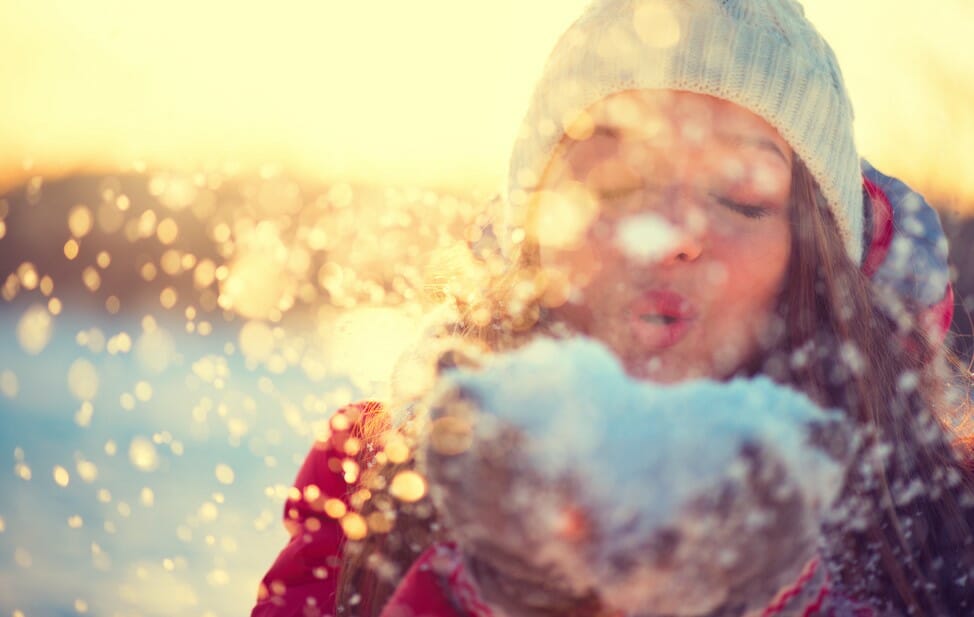 How do we ever know whether it’s worth dreaming of a white Christmas? How do we really know the chances of snow?

But that snowy scene on your advent calendar, cards or wrapping paper? That cosy snow-glow on Chrimbo episodes of every TV show, or advert? That’s much rarer. A widespread covering of snow (where more than 40% of Met stations in the UK reported snow on the ground at 9 am) has only happened four times in the last 51 years.

A white Christmas out of the window?

The British have a bit of a reputation for being obsessed with the weather, and facts and figures like those quoted above. Like TV, it’s another safe ground in conversation.

Everyone’s got an opinion on the weather – or is at least aware of it. We all go outside at some point, or look through a window or can feel the temperature against their skin and have to turn the heating up. So we’ve all developed our own personal weather forecasting system.

Let’s be honest, the UK isn’t always raining and the temperature isn’t always low. But the national obsession with weather isn’t surprising when the conditions can be so variable, day to day. The weather has been vital to the success of our agriculture and industry, and the ability to predict it has helped our society develop.

For that accurate nation-wide Met Office forecast, it’s more complex. Much more complex. Sophisticated super-computers perform mind-boggling calculations every single second. Hundreds of thousands of atmospheric details are converted into data and fed into the super-computers to solve equations. An atmospheric model develops, which contains millions of lines of code – and the forecast is developed.

Due to sheer computing power, today’s four-day weather forecasts are as accurate as the next-day forecasts were three decades ago. As technology develops that accuracy will only increase.

But as for snow this particular Christmas Day? Well, let’s not ruin that old December magic. Let’s wait and see what Santa brings, eh?

Things you’d like to find inside a Christmas cracker
Where did our beloved Christmas dinner come from?
To Top