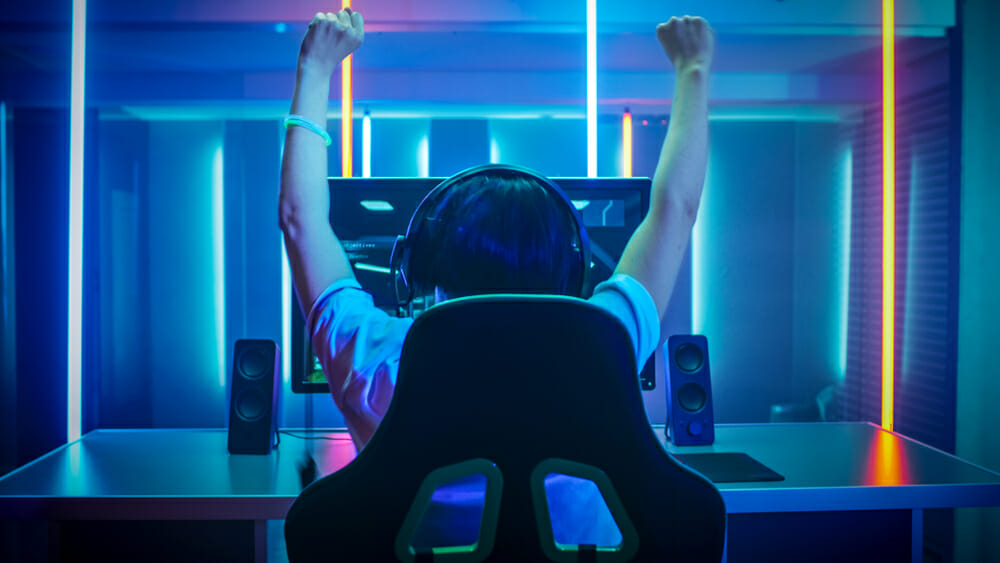 Since the introduction of AMD’s state of the art Ryzen processors, the gaming landscape has been re-defined.

Ryzen designed a new wave of processors for powerful desktop PCs and laptops. Over the years the product line-up has been continuously expanded and updated to incorporate the latest technological advancements.

Created for high-performance PCs and therefore favoured by gamers, AMD’s Ryzen processers can handle the most demanding of games. With a range of specifications to choose from, you’ll be able to find your perfect match for both price and performance.

AMD Ryzen was launched in 2017 and featured consumer-level Zen microarchitecture, a design that cemented AMD’s position at the high-end of the CPU market. Each processor delivers a great performance, whilst maintaining a price that is within reach of every user’s budget.

The entry-level Ryzen 3’s were the first to be introduced in the summer of 2017. The new processors fulfilled the need of gamers looking to bag their first piece of kit without having to spend the big bucks.

The range of processors includes Ryzen 3, Ryzen 5, Ryzen 7, Ryzen 9 and the Ryzen Threadripper.

With each processor providing a smooth performance and other uncompromising features, Ryzen have defined themselves as the standard for gamers.

Each processor incorporates different levels of technology, which allows you to get the highest spec’ processor you can, should you need it.

Starting at entry-level, the AMD Ryzen 3 has a quad-core configuration which provides the responsiveness and high performance you’d expect from a much pricier processor.

At the other end of the spectrum is the AMD Ryzen Threadripper, which has a stunning 32 cores. This mega-configuration allows the Threadripper to cope with everything all at once. Render, stream, compile, encode, work and play. You can do it all.

Processing threads execute multiple tasks at once and share resources, including memory. In simple terms, the more threads, the better. At the top of the range the Threadripper includes a remarkable 64 processing threads, which makes it incredibly powerful.

At the other end of the scale is the Ryzen 5 which features 12 processing threads, which is still more than capable of providing an elite performance in games, content creation and multi-tasking.

Some AlphaSync Gaming PCs – available exclusively at Ebuyer – feature AMD Ryzen processors. The entry-level PCs have the exceptional AMD Ryzen 3, which amps up the power on an already high-performance computer.

The AlphaSync PCs that feature the AMD Ryzen 7 processors, offer a high-end level of gaming. These PCs would be more suitable for seasoned gamers looking to upgrade their kit, as opposed to a newbie looking for their first gaming PC.

At the top of the AlphaSync range you’ve got the PCs with AMD Ryzen 9 processors. A perfect example of this would be the AlphaSync RTX 2080 Super, which also has 16GB memory, 4TB HDD and a 500GB SSD.

AlphaSync’s brand new range of gaming PC’s are exclusive to Ebuyer. Explore our range of AlphaSync gaming PCs or feel free to get in touch if you have any further questions.

Tech support? Hi, I’ve got a problem…
What is HP PAYS?
To Top