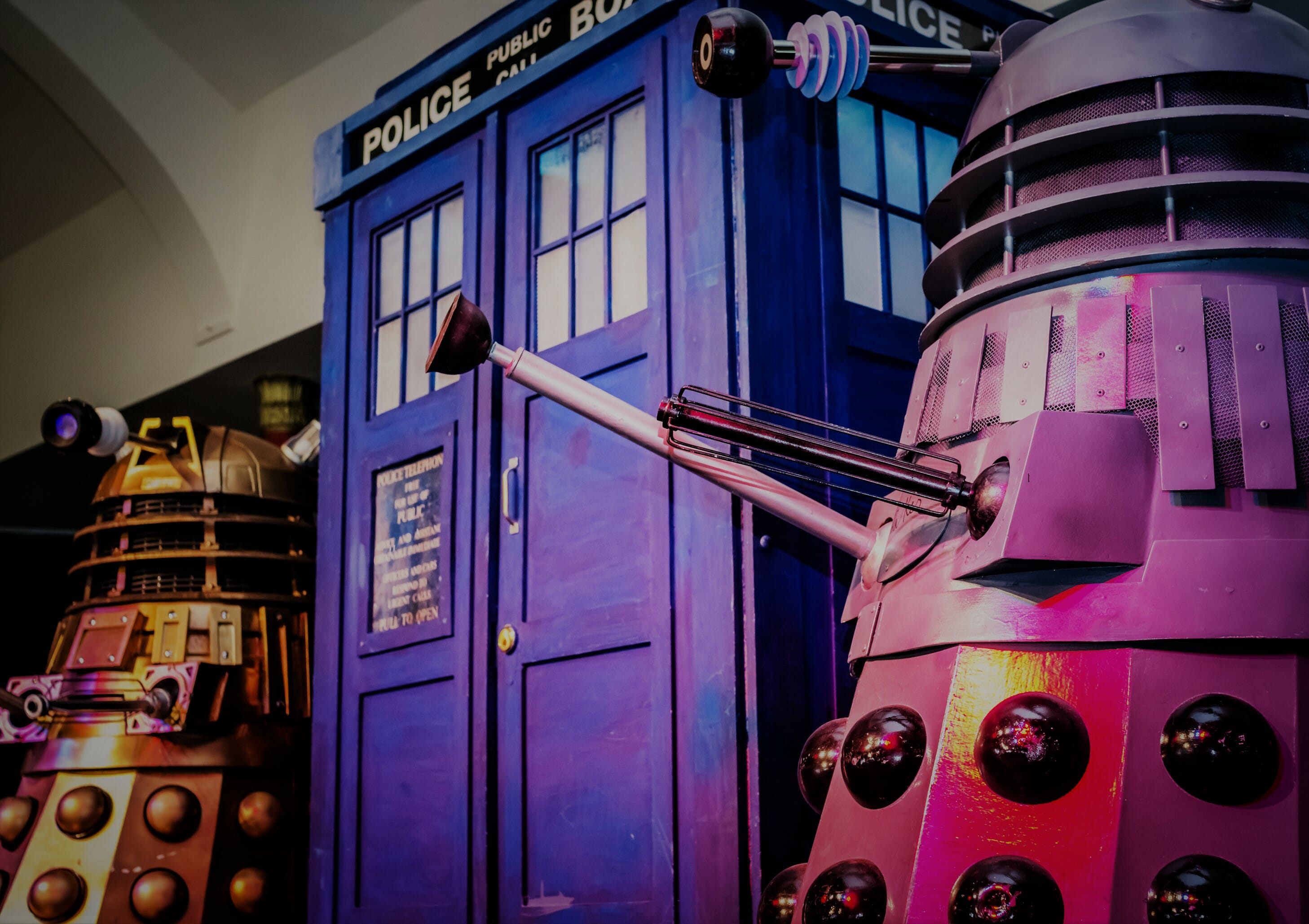 The new series of Doctor Who begins tomorrow evening on BBC One.

The sci-fi show has been a family favourite since it was first broadcast in November 1963. With an amazing theme tune and weekly thrills, Doctor Who quickly became the original ‘appointment TV’.

An incredible fifty-six-and-a-bit years since it began, the makers no longer rely on cardboard, sticky-backed plastic and bubble-wrap to fashion up the monsters which will frighten the family. CGI and HD have been in use since 2005, meaning the show now looks amazing on our screens.

Thirteen different actors have played the part since the show began. A different face (or gender) each time – because The Doctor can ‘regenerate’. Whatever the face (or bodyshape!) The Doc has a strong moral code and a deep love of human beings – and has defeated grumpy monsters, evil megalomaniacs, crazy computers and Earth-invading extra-terrestrials on our behalf. Cheers, mate.

“… wanderers in the fourth dimension”

The very first episode of Doctor Who was broadcast the day after President JFK‘s assassination, fact fans. There had been nothing like either on TV before! The first half hour of Doctor Who really took its time to unfold, and was deeply mysterious. And it featured a truly great speech from The Doctor which set up the whole premise for the next six decades…
Our Verdict: Atmospheric TV!
An Unearthly Child (1963)

Arch enemies the Daleks are, basically, nuclear mutations with a chip on the blob where their shoulders should be. They rattle around the universe in armoured life-support tanks,  spreading death and destruction to anyone different to them. The Doctor travels back in time, on a mission to avert their creation – but when the killer moments comes, he gets all philosophical and can’t go through with it.
Our Verdict: Profound TV!
Genesis Of The Daleks (1975)

“Lots of planets have a North!”

The series returned after a bit of a hiatus, with the great Christopher Eccleston cast as The Doctor. It was pacy and fun, with a great sense of humour. When questioned how an alien could have a strong Manchester accent, this was The Doctor’s reply…
Our Verdict: Hilarious TV!
Rose (2005)

A weird plague spreads through Blitz-ravaged London during World War II. An army of zombies in gas-masks is on the march through the fog. One of them is a lost little boy searching for his mother, and uttering this creepy phrase…
Our Verdict: Terrifying TV!
The Empty Child (2005)

David Tennant was the most-loved version of The Doctor in recent years, and his poignant farewell was riveting viewing. Saving the entire population of Earth, but then sacrificing himself to save just one more man… There can’t have been a dry eye in the country as he uttered his very last words.
Our Verdict: Emosh TV!
The End Of Time (2010)

Jodie Whittaker is the first female cast in the lead role, and starts her latest spin round the galaxy at 6.55 tomorrow (New Year’s Day). Spyfall is a two-part story and features the usual amazing tech alongside human guest stars Lenny Henry and Stephen Fry. The show is now filmed and broadcast in HD so it’ll look amazing, and you can totally immerse yourself in other worlds by watching on a high-quality set – the bigger the better.