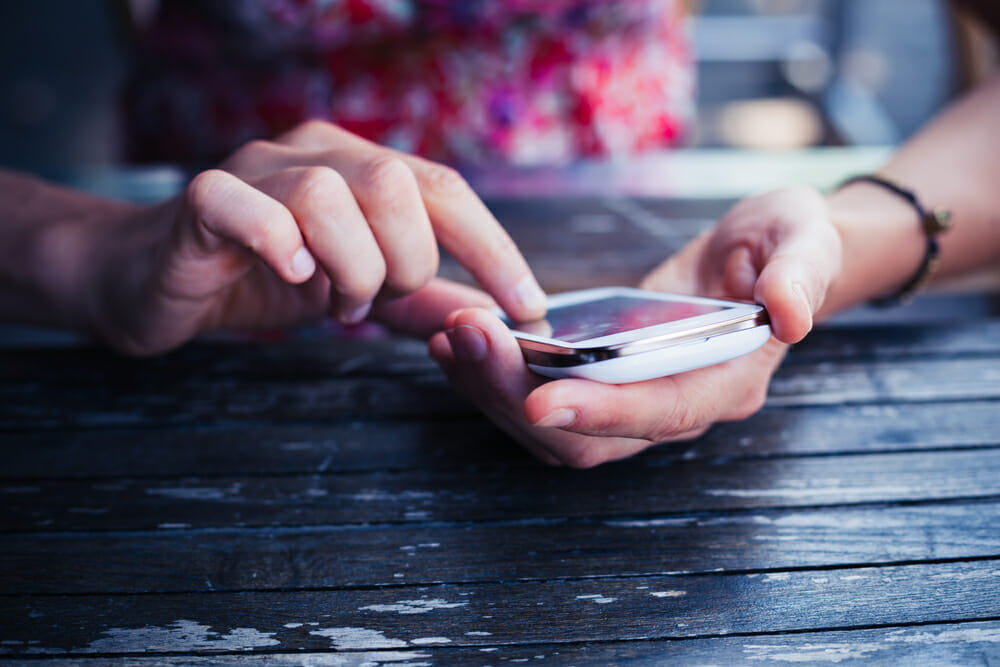 Yes, it’s Christmas – the most wonderful time of the year…unless you’re a turkey, of course, then it’s a bit rubbish. On Christmas day last December, I stuffed the turkey so much that at one point I thought I’d killed it! But enough about Christmas, let’s talk about tech stuff, and tell you some things that might impress your mates…

My girlfriend’s not great with tech stuff. She recently bought a new computer and it said choose a password using 8 characters – so she chose Snow White & the 7 dwarfs.

I was once told to use a strong password – so I always use ‘Geoff Capes’. Oh, go and ask yer parents!

A TP link powerline works best – but aluminium foil can increase and strengthen your Wi-Fi signals. Yes, it really works. Cut a piece of card in to a rectangle about 12 inches x 8 inches and cover it in foil. Bend the cardboard in to a ‘curve’ and place it behind the antenna of your router. This aluminium foil will reflect the wireless signals into the direction that you want them to be, for a better signal!

QWERTY was designed to slow you down

This was actually used to keep people from typing too fast. That way, the typists will not jam the keys. Not only that, but some experts have said that this was the ideal design for a keyboard to help decipher the Morse code.

Use foil for a touchscreen

Surprisingly, touchscreens react to foil. If you wrap a pencil with foil, you can get a handmade stylus. If you don’t have sensor gloves, wrap your finger with foil, and use your smartphone wearing regular gloves. It’s not a fashionable look, but you can’t have everything.

Use aeroplane mode to speed up charging

Just like everyone else you probably want your mobile phone to charge up as quickly as possible (even more so if you’re in a rush). Put it in aeroplane mode and it will use much less battery life and so charge much quicker!

Dog on a mobile

Only last week I was outside my house and I saw next door’s dog talking on a mobile phone! He was saying, “Sell those shares at 82.5, buy shares in BP when they reach a low of 22.6…” I said to his owner, “Can you stop your dog doing his business in my garden!”

In 1936, no one was thinking about creating a machine which could store all your data. Did tech stuff or data even exist then? Hang on, there was someone in Russia who was planning such a data device. The world’s biggest country had an innovator, by the name of Vladimir Lukyanov, who developed something similar to a calculating device which ran on water. A series of interconnected tubes filled with water and worked the machine. It was initially called the Water Integrator and is currently available to view at Moscow’s Polytechnic Museum.

Interesting fact: Did you know that temperatures in Russia often go to minus 40? Anyone who’s ever lived in a student bedsit will know what that feels like.

Mark Zuckerberg is not normal!

When Zuckerberg was 12, he created an instant messaging program that he called ZuckNet so his dentist father could know when patients arrived. He should’ve been out playing conkers or something, like normal kids.

Another little tech stuff trick with tin foil. If your batteries are worn out, place a little bit of tin foil over the ‘nipple’ (is that the right word for it?) and then stick the batteries back in to the device they came from. You’ll find they now have power! Result. And before you ask, no, we’re not making this up!

Why did the SEO expert cross the road, highway, dual-carriage-way, lane, main-road? Oh, you get the idea!