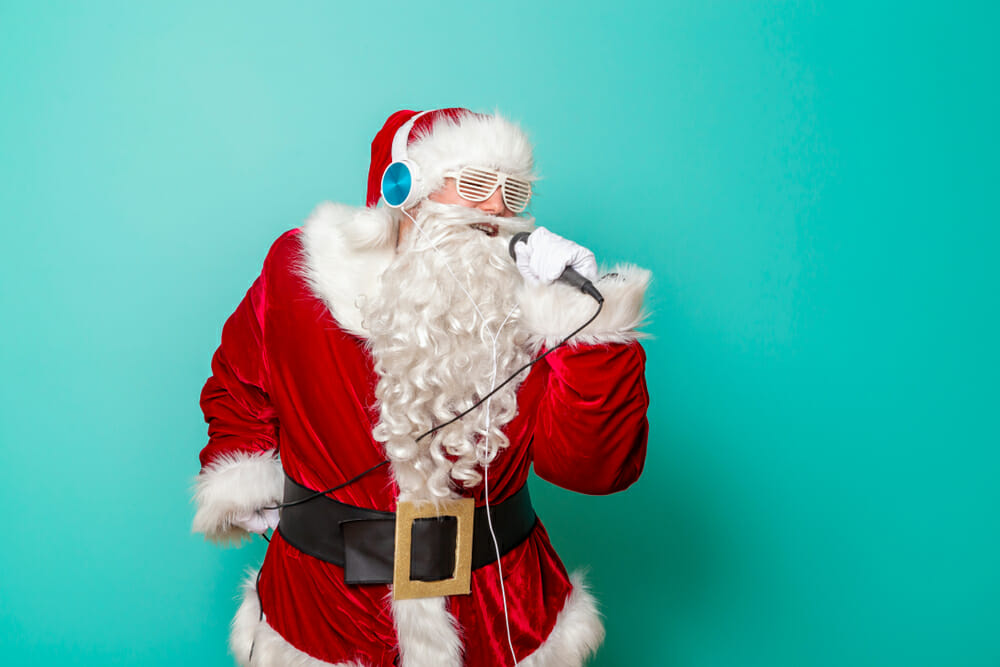 Love them or loathe them, hearing Christmas songs too many times is enough to drive anybody insane.

And it’s no wonder either. With the intense pressure of finding the perfect gift for your loved ones all before the deadline of Christmas Day, nobody’s stress is eased by hearing George Michael talk about his last Christmas for the 846th time.

Now, don’t call me a Grinch.

I love a Yuletide jingle just as much as the next person. But, that’s not to say that every festive song that gets airtime is any good.

This is going to be controversial.

As sprouts are a controversial Christmas food themselves, I’m rating each song with the Sprout-o-meter:

Let’s have a look at some of the worst Christmas songs that you should avoid adding to your festive playlist.

Okay… who authorised this?

I don’t know what the worst part is, the fact that ‘shawty’ is part of the chorus or the idea of Justin Bieber being involved in my Christmas celebrations.

This desperate attempt to rake in some extra cash from the festive season is about as weak as it gets.

When is it acceptable? – In the fiery depths of Hell, when used as a torture method.

This just doesn’t get you in the mood at all.

It sounds like it should be sung by a kid’s club at an all-inclusive resort. Not played on a snowy night, whilst roasting your chestnuts over an open fire.

Not for me I’m afraid. I prefer a more traditional approach to a Christmas song.

When is it acceptable? – If you’re on holiday in Spain and hate Christmas songs that actually sound good.

Have Yourself A Merry Little Christmas – Christina Aguilera

It’s hard not to laugh here.

Christina gives everything she’s got. Unfortunately, in this case, that’s too much. WAY too much.

Ridiculously over the top, the song lacks any resemblance to the original or a festive jingle. In fact, it’s more similar to Fergie’s rendition of the national anthem than a Christmastime tune.

When is it acceptable? – Not even after a gallon of mulled wine.

As lifeless as ever, Coldplay’s attempt to spread Christmas cheer is more depressing than dropping your last pig-in-a-blanket on the floor.

He’s definitely not putting the Chris in Christmas.

When is it acceptable? – What makes you think Coldplay would ever be acceptable?

If this song didn’t have the lyrics “Merry Christmas”, nobody would even know this song exists, because it’s simply not that good.

Sure, the trumpet bit is instantly recognisable, but that’s the delicious stuffing in what is otherwise a dry turkey sandwich.

When is it acceptable? – When you’re at the pub, blind drunk and try to mimic the trumpet sound.

A lot of artists see Christmas as an excuse to crank out another album that nobody wanted, in an attempt to put their own stamp on festive celebrations.

I’m looking at you Ariana.

Maybe with that album comes one or two songs that you like, but the rest is a lot of filler.

Not nice filler either – like the kind you’d get in a Christmas leftovers sandwich. Filler that lacks any taste or nutritional value.

When is it acceptable? – I’m going to say never.

We Wish You A Merry Christmas – Traditional

By far the most irritating, hearing this song would be enough to make me throw my turkey across the room and set fire to the Christmas tree.

Is there a way to completely erase this song from history? Please?

When is it acceptable: If you’re under the age of 2 and haven’t learnt to speak yet.

That’s it folks. A definitive list of the 7 worst Christmas songs.

Of course, I could carry on and list another 20, but I don’t want to completely suck the joy out of Christmas. Plus, I’ve procrastinated enough as it is.

Anyway, shouldn’t you get back to shopping for Christmas presents, that you’ve left until the last minute?

If you have an issue with any of the above choices, take it up with the big man in the red suit.