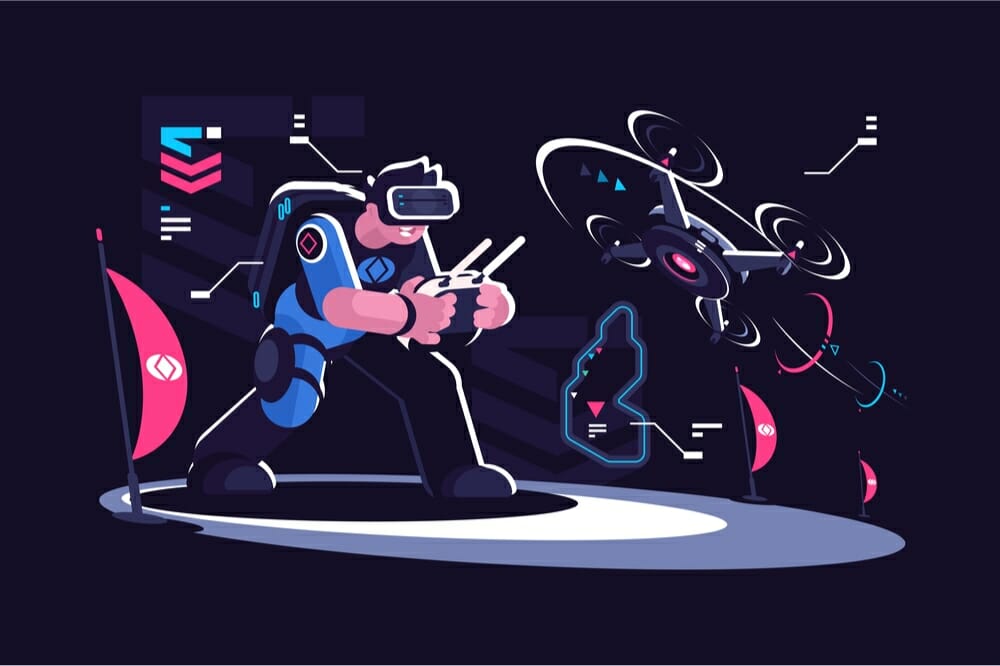 Can computers really make human-level at-speed decisions? Well, not yet – at least not in the case of drones. But it seems that these magnificent flying machines are not too far behind.

Gabriel Kocher has just beaten nine AI-piloted drones in an obstacle course challenge in Austin, Texas. The challenge was designed to find out if humans or machines possess the best racing skills.

The Swiss flyer is frequently referred to as “a robot” by his fellow League pilots. He’s known for his focused, strategic and alert drone decision-making. He has an enviable reputation across the League’s global, professional racing circuit for elite pilots.

The recent challenge was organised by the Drone Racing League in collaboration with aerospace giant Lockheed Martin and crowd-sourced problem-solving specialists HeroX. Kocher wore first-person-view goggles to take on the AI-drones and piloted his quadcopter through the difficult course in an amazing six seconds. The fastest computer-powered drone made it through the same obstacle course in 12 seconds.

Maker of the fastest AI drone was MAVLab. The company flew away with a $1 million prize which it will use to further fund development of its autonomous-drone technology.

“Our team worked really hard to bring a robust and fast solution,” said a Team MAVLab spokesperson. “We’re proud to have won despite the remarkable competitors that we had to face.”

The Drone Racing League combines the high-energy thrills of Star Wars pod-racing with the real-world adrenaline of Formula 1. It’s one of the most exciting new developments in vehicle sports. Races are now regularly broadcast by sports networks around the world, including NBC, Twitter, Sky, ProSieben, Groupe AB, OSN and Fox.

Home drone is where the art is

Ebuyer offers a selection of drones – but we don’t advise you to try and emulate the high-speed, super-sharp aerial excellence of Gabriel Kocher and the nine AIs he battled. For the more usual home drone functional purposes (such as aerial photography and video), our impressive range of DJI quadcopters has become the standard in consumer-level technology.

Please remember it’s essential to check the current legislation in place for drone operation in the UK. The Civil Aviation Authority have introduced some important regulations – and drone users need to be aware of them.