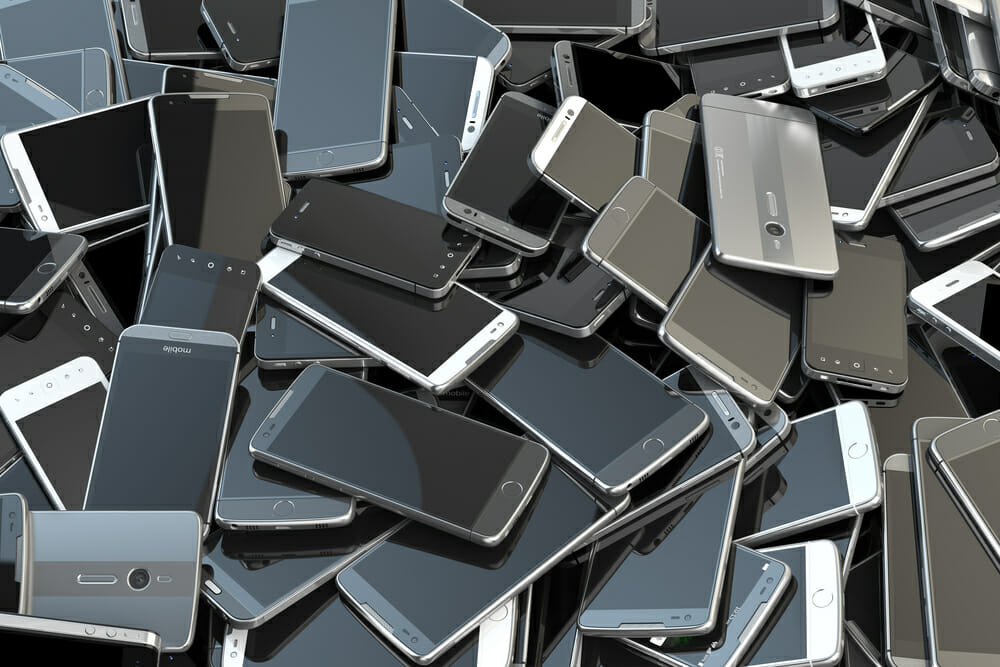 Around 45% of households have up to five unused gadgets. To be honest I’m surprised there aren’t even more unused electronic devices lying around.

There are up to 40 million unused electronic gadgets in UK homes, a new study estimates. Each of those devices – such as old mobile phones and out of date laptops – contain valuable “rare earth elements” which are increasingly endangered.

The Royal Society of Chemistry (RSC) has carried out a survey of just how much unused technology is being stockpiled in UK households.

More than 2,000 people took part in an online survey which revealed that half of UK homes had at least one unused electronic device and 45% of households had up to five unused gadgets gathering dust.

Most people said they had no plans to recycle their devices.

Natural sources of six of the elements found in mobile phones are set to run out within the next 100 years. More than half of people (59%) said knowing this would make them more likely to recycle old devices.

“We need action now – from governments, manufacturers and retailers – to make reuse and recycling much easier, and we must enable a new generation of chemistry talent to help,” said Robert Parker, the RSC’s chief executive.

“The UK has a tremendous opportunity to become a world leader in this and set an example for other nations to follow.”

Another concern over the recycling of unused devices is that they often contain what are known as “conflict elements” such as tin, gold, tungsten and tantalum, which are mined in areas where battles and child labour are often a routine part of their mining. Indium is vital for touch screens because it conducts electricity and is transparent.

Mr Parker said: “Chemical scientists are already working to find ground-breaking solutions – by investigating long-term substitutes for rare elements in devices, or by finding new chemical methods to extract precious materials and reuse them – but we all can and must do more.

“As individuals, reuse and recycling are the best options available to us, but even if recycled it is still extremely difficult to recover some of these elements from unused devices.”

Has tech affected our attention spans?
TV top in day one of Ebuyer’s CES 2020 round-up
To Top