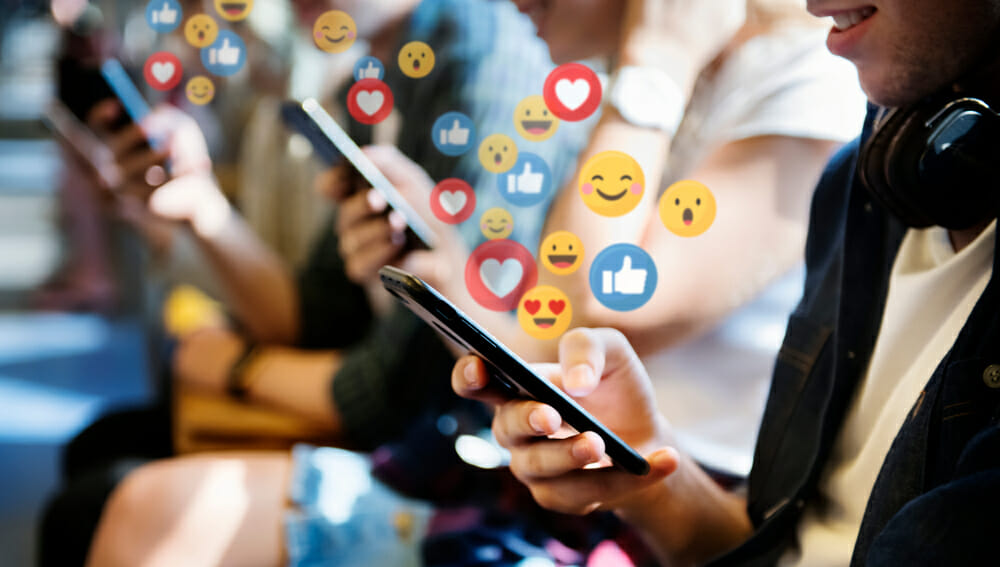 Over the last few years, social media has continued to grow at an exceptionally fast rate – and so has our hunger to be liked.

Going online and posting about what you’re up to, holiday photos or even just pictures of your food are habits that everyone is guilty of. But why? Do you ever wonder whether anybody interested in what food you’re eating or what jeans you’re wearing?

Probably not. But the way social media is used means you’ll get likes on those posts because people will expect you to like their posts back.

Predominantly beginning with Facebook, people flocked to social media to set up their virtual self and begin sharing their day-to-day activities with the world. As other social media sites gathered popularity, users divided their attention between Instagram, Twitter, Snapchat and various other platforms.

Millions of people use these platforms for several hours a day to socialise and connect with one another. As a social hub for this many people, naturally unwritten rules form. A sort of social media etiquette.

The short answer is social gratification. The long answer delves into how our brains release a dose of dopamine when our photos get liked. Subconsciously we all want to be liked by other people and get a ‘good feeling’ when this is confirmed. That ‘good feeling’ is dopamine and it’s our brains way of saying “I liked that action, do it again”.

Naturally, as you seek out another hit of dopamine, this becomes addictive. Due to the unpredictability of social media (you’re never guaranteed likes) the practice of posting new content and seeing whether it’s popular is exciting.

As people become more reliant on social media to feel good, correlations between poor mental health and social media use have been drawn.

Enjoying a hit of dopamine is one of the perks of getting likes on your social media post. But what about when you don’t get any likes?

Posting pictures of yourself or activities on Facebook and Instagram leaves you open to judgement. Meaning you can just as easily receive negative feedback as you can positive, which of course doesn’t give you your desired dopamine hit.

The negativity surrounding social media runs a lot deeper than not getting as many likes as you expected. Due to the way the platforms have been set up, users often only share the best parts of their life. This can make other users feel as though their life isn’t as good or in the case of influencers, that they’re aren’t as good looking.

Although this is justified, you shouldn’t always believe what you see. Especially when it comes to social media. There’s a lot that goes on behind the scenes and people’s posts – namely influencers – aren’t always an accurate portrayal of their lifestyle.

Social media is no longer just a casual activity for those craving likes, as many teens have admitted to having a schedule of when to post to get the most likes. For example, users will wait until 9pm to post, when everybody’s home from work or school and are laid on the sofa scrolling through social media.

Having set times to post in order to maximise engagement is something you may have thought only businesses do. But, it’s a common practice for those who want to be in the right place at the right time.

The concept of being able to talk to somebody on the other side of the world and regularly receive updates on what they’re up to sounds amazing. And in that scenario, it is. But because it’s so easy to talk through social media, many opt for communicating through messages rather than a face-to-face meet up.

Keeping this up may result in loneliness and the feeling of isolation. On the face of it, people feel as though they are staying connected to their friends and family but haven’t actually had any human contact with them for a while.

What’s being done about it?

Whether social media platforms are taking enough action to help its users combat these issues is debatable. However, Instagram are experimenting with removing the ability to see how many likes a post has. A user can still see how many likes their own post has, just not other peoples.

Instagram are currently trialing this in an attempt to get people to focus on the content that’s shared, not how many likes it has. Facebook are also set to trial this across several countries.

Only time will tell if this has a positive effect on social media.

If you’d like to explore our news feeds where we share regular updates on special offers, industry news and more, head over there now.