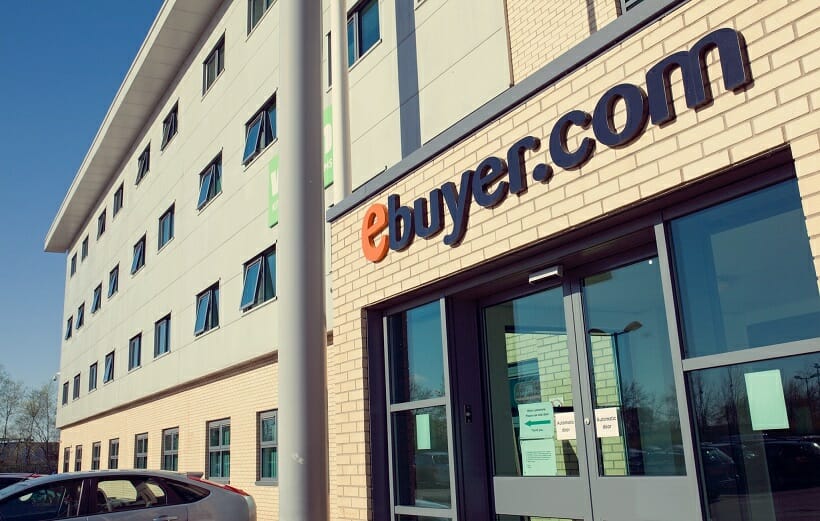 Ebuyer’s Polish connection goes back to 1999 when the company was formed. However…

The links between the UK and Poland run deep. The staunch allies made heroic sacrifices fighting alongside each other during WW2 with Polish airmen forming a crucial part of the UK’s defence during the Battle of Britain. The intellectual and cultural contacts between the two countries have continued to strengthen over the decades, and so it’s no surprise that many Polish people have moved to the UK with their families.

Following its launch in 1999, online tech retailer Ebuyer grew rapidly, and along with more sales came the need for more staff to cope with demand. Based in Howden, East Yorkshire, it now employs over 200 staff and has a turnover of more than £200m.

Mariusz Domanski, from the city of Bydgoszcz had completed a Masters Degree in Wood Technology and was looking for work in 2005. With a friend already in England, he moved over knowing that he had a place to stay, and he landed a job within twenty-four hours.

“At that time, the UK had a much higher standard of living and it was quite easy to get a job,” says Mariusz. “An important factor was that the exchange rate was much different – Sterling was worth seven times more than the Polish Zloty, so the attraction was great.”

Mariusz has worked at Ebuyer for the last fourteen years, starting in the warehouse as a ‘picker’ through an agency, then as a company employee and steadily working his way up to become warehouse manager. “I think that if you work hard, you can get a better quality of life,” continues Mariusz, who has an English partner and two young children. “When I first moved to the UK, I had intended to return to Poland eventually, but now I have a family, our life is here. We have a good quality of life and I can now afford to do things which I love, such as travelling and hiking.”

Just over half of Ebuyer’s warehouse staff are from Poland, but there are overseas workers in most departments – all contributing to the company’s success.

Ebuyer’s I.T. Support Manager is Patryk Przepiorkowski, who hails from Warsaw. It was his father’s idea for them to move to the UK as he had a friend who ran an employment agency, and they both quickly found work. Says Patryk, “I think there are more opportunities here in the UK and I was fortunate to land a role at Ebuyer. It has a reputation for promoting talent from within, so I have been able to progress my career. There are lots of talented staff here who work hard to help the company improve.”

But what is it like living in East Yorkshire? “The people are friendly, they are proudly independent and they like the sense of community, so I think Polish people fit in well here.”

Patryk’s wife works as a teacher for Wren Kitchens, Ebuyer’s sister company. “She’s a linguist and teaches English to the Polish staff. That’s another positive thing about Ebuyer – it helps workers from overseas to settle in and feel comfortable. It has also helped workers from within the EU with any visas and paperwork required because of Brexit.”

Ebuyer email/web designer Damian Jasinski is from Wroclaw city and joined Ebuyer via a recruitment agency.  Damian says, “I came over to the UK as I wanted to improve my English and I was also a big fan of English culture.”

Damian decided to give it a try for a few months. “There was nothing to lose. The money was better, it was an exciting adventure and a whole new experience. With lots of rain,” he laughs.

Ebuyer’s Polish connection has grown as the company continues to expand, and it has led to people of various nationalities working at its East Yorkshire headquarters.

E-Commerce Director Andy Roberts says, “we’ve found our overseas staff to be enthusiastic, hard-working and keen to progress. Our experience has been fantastic, and over the years our Polish staff have played a huge part in the company’s success.”