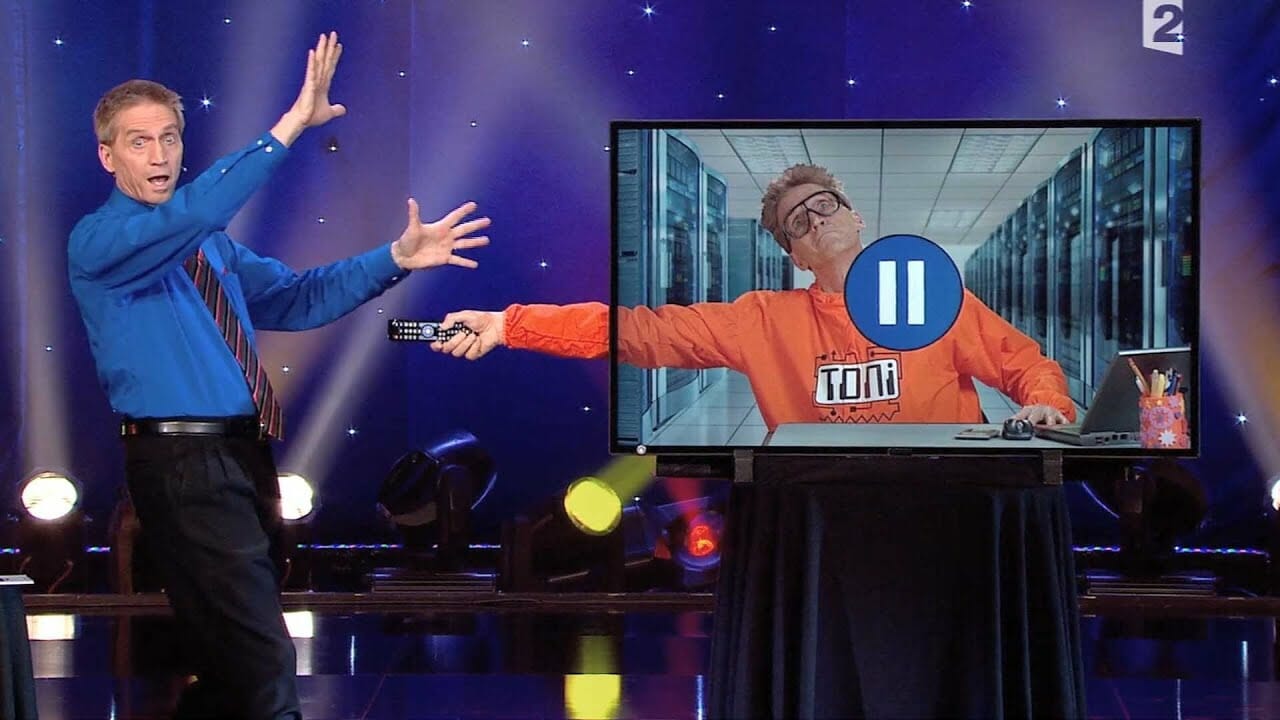 NOT LONG AGO, MAGICIANS WERE BUSY MESSING AROUND WITH SILK HANDKERCHIEFS AND DOVES… AND IN SOME DUSTY CORNERS OF THE UK AND BEYOND, MAYBE THEY STILL ARE. HOWEVER, MOST OF THESE ROUTINES HAVE NOW BEEN PUT IN TO COLD-STORAGE, AS MAGIC AND TECH COMBINE. SOME OF THE WORLD’S HOTTEST MAGICIANS  ARE NOW USING TECHNOLOGY. AND THE RESULTS ARE MINDBLOWING.

Award-winning Las Vegas performer Keelan Leyser says: “I currently use18 iPads in my stage show so Apple is obviously my first go-to device, but I code for Windows and Android too, so also use the Windows Surface, Samsung Galaxy Slate, Panasonic Tough Pad, Acer Tablets and many others. I do a lot of work for tech companies like Microsoft where it would obviously be frowned upon to use an Apple product at a Microsoft event, so it was important for me to learn to create apps across all platforms.”

But is Keelan a tech guy himself, or does he leave the nitty-gritty up to others? “I am a tech guy myself up to a point, and you can always learn more as it’s constantly evolving. I create Apple, Windows and Android apps so I am lucky I can create new routines fairly quickly. I don’t have a strong background in electronics though, so for that kind of engineering I pass onto one of my closest friends who is an electronics genius!

“There is a lot more to our tech show than just apps, there are a lot of Electronic items involved to make our show work and even most of my props are 3D Printed!”

Keelan has also released a lot of ‘secret’ tech products to the magic community over the years namely the ‘Leyser 2020’ back in 2003/4 which was the first electronic device which enabled a coin to be detected in someone’s hand. “We later replaced this with what everyone in the magic industry knows today as ‘Sixth Sense’ in a joint venture with Hugo Shelley and then we also co-created the Mind Pad series with Hugo, which is an Electronic impression-pad.”

Tony Chapek a winner of ‘The World’s Most Original Magic Act’ by Fox Network TV, says, “I think technology will be used more and more in magic in the future. But technology is not magic. It should be used to support the magic but should never be bigger than the magic. People know that just about anything can happen with technology, so they are not too impressed by it anymore.

“The magic needs to happen with real life objects that are outside of the technology. Example: when I pour a glass of soda through the monitor screen into a glass held inside the video, the fact that the liquid is seen pouring down the screen and the cup in the video gets filled, is somewhat amazing. But what the audience always talks about is the fact that the real live cup is emptied! Where did the liquid go? The real magic must happen outside of the technology.”

“In 1984 I did the first live presentation of my act with a 19” tube television and a VHS tape player. Every few years technology changes and I have been updating my act regularly ever since. I now use a 55” HD monitor and the HD video image is played by a computer. Most of the effects are done by mechanical means, but I also use a program which uses servos to set off the mechanical reactions. In the past I would have to pull strings at precisely the right time to make effects happen, but now I can let the technology help me so I can focus on the audience and my presentation.”

We spoke to Ebuyer, one of the UK’s leading online tech retailers. Commercial Director Lee Weymouth says, “As new technology comes in to the market, we are seeing it used for all sorts of incredible things. The magic industry is an area where unbelievable creativity is showing what tech can really do.

“We have provided tech for performers and businesses in creative industries – and we have to keep on top of all the latest industry developments because they are being updated and developed all the time.”

Mark Leveridge, editor of magicseen magazine says, “Tech in magic has transformed the magic industry. Effects that we could only dream about just a few years ago can now be achieved quite easily. The hard part is trying to convince audiences that everything isn’t purely down to tech. But no matter how advanced tech becomes, it still needs the creative minds to transform it in to something magical.”

But tech isn’t just for performing tricks. Most performers these days make their own promotional videos either for agents, online or even for intro-videos before they come on-stage on cruise ships. Top comedy-mentalist Mike McClean, who uses Apple products, uses ‘Final Cut Pro’ for editing but also recommends ‘iMovie’ which is very easy to use. “I often film material on my iPhone, and an area where magicians and other types of performers often go wrong is by not using a good microphone. You can buy mics that fit your phone and are good quality. That’s my top tip for performers who are making their own promos.”

Robbie Boyd, Ebuyer’s Content producer uses the Adobe Premiere video editing app. He says there are lots of good products on the market for performers wishing to edit their clips. “The HP EliteBook 735 Laptop with Ryzen 5 processor is a great value laptop ideal for editing, and the HP EliteBook 745 G5 laptop with Ryzen 7 is a quality high-end piece of equipment. Both are compact, portable and have decent processors.”

Even though tech is certainly the future, top magic advisor and performer Rafael who has worked with David Copperfield says that he himself tries to avoid tech. “I prefer to use mechanical systems – and I’m not the only one. Apart from his famous Alien animatronic, David [Copperfield] prefers mechanical over computers.”

Keelan Leyser says that tech magic keeps your act fresh and relevant and that it’s fun playing and experimenting with the latest tech. He adds that most spectators still haven’t seen it when compared to traditional magic.

However, there is a downside when it comes to using tech in performance.

“Unfortunately, when it goes wrong, it goes wrong in a monumental way. And also, you are always fighting against the next update whether it be Apple, Android, Windows software updates.

“Tech Magic can also look dated very quickly unless you keep innovating and updating. And another important point is that to create something unique it can be very expensive and time consuming.”

Tony Chapek says that digital video editing is the best example of how technology has helped his act. “In the early days I would shoot the video and that was basically it. There was very little that could be done, so the effects I was able to create were pretty amazing considering the lack of technology.

“With today’s editing capabilities I can do just about anything on the screen, which has opened up a lot of creativity for me. My current act has an effect where I tear up an owner’s manual. As I tear up the manual, the image on the screen gets torn up in unison. When Toni in the monitor says; ‘previous chapter’ and pushes the remote button, the torn-up screen and manual are instantly restored! What happens on the screen is pretty incredible and could only have been accomplished with state-of-the-art editing tools and an experienced editor, but the real magic that makes the audience gasp is when the real life, physical owner’s manual is instantly restored. Back to my comment that the real magic must happen outside of the technology.”

“The advancements in technology have allowed me to keep taking my act to the next level. I often wonder where I will go next. We are not far from having technology that will allow 3D images to be viewed without glasses. So I can see myself interacting with a 3D image in the not too distant future!

Is technology in sport a positive thing? Poll results
Has Tech Affected Your Sex Life? The Results Are In!
To Top