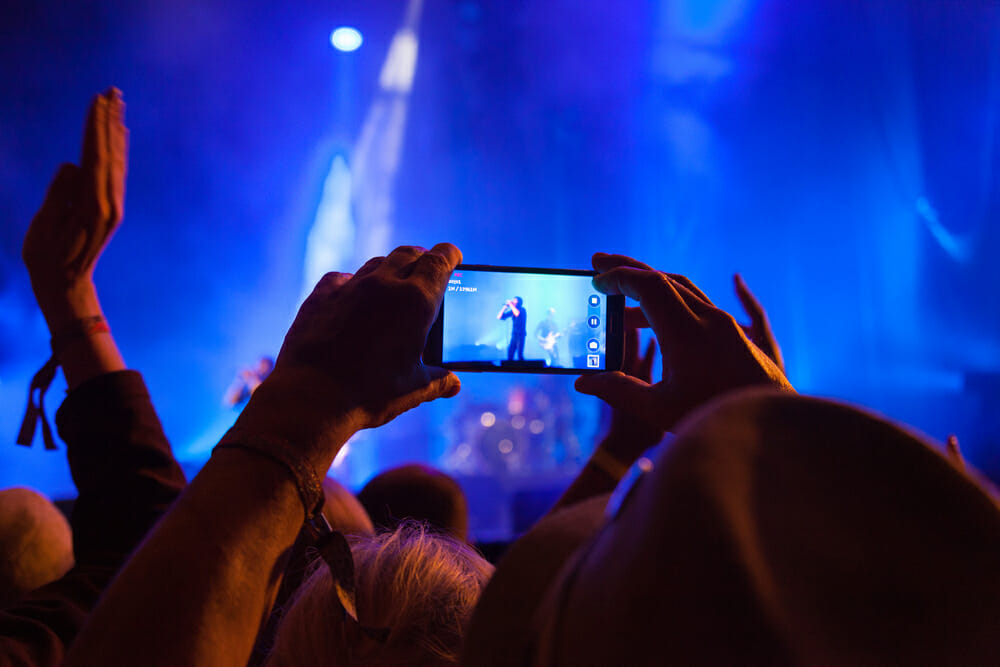 Things have got to change regarding mobile phones and gig etiquette.

We’re not all DA Pennebaker, Tim Pope or Spike Jonze – so why the fad for filming at music concerts? Tech is massively capable these days – but some users aren’t… The amount of never settling, badly framed, blurry and unsteady footage uploaded to YouTube is really disheartening.

Add in pretty poor sound quality and you’re about three quarters of the way to stripping an artist of any mystique and, in terms of the show itself, making quite ordinary what was possibly pretty special.

Okay, okay. Occasionally there are some some truly, madly, deeply, excellent things which just happen to be ‘caught on film’ by fans at gigs. Including an exuberant audience member upstaging super-smug reggae-ruiner Sting. Thank god for tech.

See also; Mark from ‘80s flyweights Then Jericho falling over. And, erm, over… You probably won’t have heard of Mark or Then Jericho. But after you’ve seen this clip you’ll never forget him, them or where to park your bike…

And people have always – always – taken still photos at live music events. Let’s journey back through the mists of time to the days before smartphone tech…

Even three decades on I can clearly see, in my mind’s eye, a photo I took of Francis Dunnery fronting prog-pop rockers It Bites at a London Astoria gig in 1988. It was one of the best photos I’ve ever seen. Not being immodest – it was a total accident. It just somehow ‘caught the moment’.

And I haven’t laid eyes on it in over thirty years. It was lost in a house move and by now it’ll be no more than a grubby bit of paper beneath a mountain of bin-trash in a backwater landfill. But I can recall every single detail of it – each of which triggers exciting memories of the gig itself…

So I’m really not saying I don’t understand the impulse to take a photo or two at a gig. I do, I do, I do… It’s important to have reminders of your joys or adventures, or those little moments of random excellence, isn’t it? You’ll love looking back at them when you’re an old fart. Or an even older fart.

Stay in the moment

But, for many music fans, the increasing rise of highly capable smartphones during the last decade has had a pretty detrimental effect on going out and enjoying live shows. Now everyone’s at it, and they’re all greedily taking way more than 24 pictures too. Suddenly everyone seems to be obsessed with grabbing loads of photos and endless minutes of mediocre video footage all the way through a gig.

Screens appear everywhere in front of you at gigs. It’s sometimes like watching a weird version of New Year’s fireworks going off left, right and centre.

My worst ever was: I was at a seated show in an intimate venue. Dark and cosy and everything totally ‘in the moment’. But someone sitting at the front suddenly whapped out a full-sized iPad and held it up and started filming. For ages. Everyone behind was flabbergasted. Grrrr. 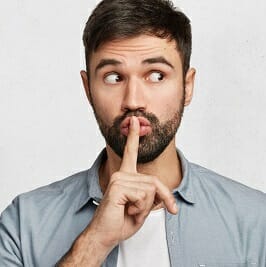 The filming and photography phenomenon is almost (but not quite) as bad as someone talking constantly through a performance. Generally acting as if you don’t care that there’s someone doing something on stage and haven’t realised that dozens of other people have paid to listen – is just not on… So, y’know, as a starting point let’s go with: “Shhhhhh!!”.

In recent times many artists have also been proactive with their concern that talkers and phone users are spoiling the live experience for others. Mobile phones and gig etiquette has become a hot topic. Venues sometimes put up signs asking people to limit their chat. And Prince, Kate Bush, Bjork, the Yeah Yeah Yeahs – plus many others – have asked fans to ‘stay in the moment’ and not whip their phones out at shows.

Jack White even made it a condition of ticket purchase that phones are stored away by the venue in ‘smart pouches’ and given back at the end.

There’s got to be a tipping point to all this, hasn’t there?

One pretty cool thing I encountered was when I went to see an artist who grasped the nettle. Really early in the gig he talked to the audience about this very issue. He said “So, let’s all agree that you can take as many photos and as much video as you like during this next song… But after this next song, if you get your phone out you’ll be asked to leave”… It was brilliant. And it worked.

As I said, I really do understand the impulse. I can’t tell you how much I’d like to have a copy of that Francis Dunnery photo again. But zero chance. So let’s propose a compromise. Here’s my suggestion for perfect 21st-century mobile phones and gig etiquette:

Be groovy, not greedy.

Smartphone tech is so brilliant these days that you don’t actually need to take more than a couple of shots. So just do that. Get yourself a really decent phone which is capable of taking really decent pictures – and take literally just a couple to remember the gig by. Like I said before:

Be groovy, not greedy.

Look up. And get down to the sounds.