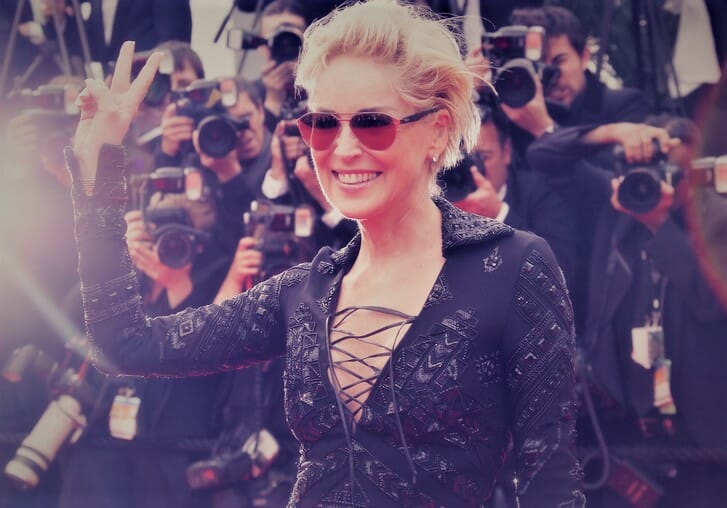 You might have caught the recent news that actor Sharon Stone was blocked from a dating site?

The 61 year old Total Recall and Casino star has walked an interesting romantic path during her decades of fame. And she could still pull faster than a team of shirehorses on sherbet.

But recent days must somehow have been barren for Sharon. When her Basic Instinct was calling for that special cure, she fired up her laptop and joined Bumble in the hope of hooking herself a hot hero.

But last week Stone prodded her phone to announce through Twitter and Instagram that Bumble had deactivated her account. They’d presumed it to be one of many ‘fake profiles’ set up by a fan.

After some social media back-and-forth between Stone and Bumble, the company’s error was corrected and the super-starlet’s profile was reinstated. So she’s now free to (ice-) pick herself a new fella… Consider zis a dating site win!

To be honest, the whole thing could actually have been a really really really clever marketing campaign. Really clever. Whatever. Well done Bumble. And good luck to Stone. In fact, good luck to any chap who gets within a sunset strip of a crack at her. We wish absolutely nothing but love to all concerned.

Despite the happy ending to Stone’s bizarre story, it made us here at Ebuyer think about who would be the most unlikely man and woman to appear on dating sites… Imagine if they were both single – and what would their profiles say? 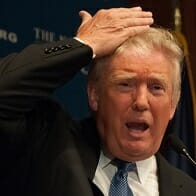 No-one has more dating skills than me. For me, it’s not even a skill. It’s a thing I’m so good at it’s bigger and more massive than skill. I’m a winner at skills that are bigger than skills. I don’t even have to win, I’m the best there’s ever been so I’ve won already. So if anyone except me wins, they’re a loser. Winning is for losers. Believe me. I know so much about dating. Like, dating is this great American thing – you know what a thing is, right? Sure, sure, we all know what a thing is – but I know more about that one thing than anyone. In fact I know more about every one thing than anyone. I’ve studied all the things. More studying than anyone. Libraries and everything. Oh yeah – books. With words. You know books have words in them, right? Lots of words. Many many words. And I’ve dated huge, huge times, a massive number of times. And a great number of the women, the biggest number you can think of and add a zero or you can add even more zeroes. More of the women more of the times and more of the zeroes than any other dater. They’re weak! Other daters are weak daters. Really bad. Bad daters. Bad weak daters. Bad weak loser daters with weakness and badness and really losing. Losing so bad. A date with me is a strong win with strength. We can talk about me all night and you’ll really like it ‘cos I’m a winner. It’s like you win the best competition ever when you date me except you won’t be called the winner ‘cos I’m the actual winner. You knew that, right? The prize is I’ll show you my bigly covfefe. 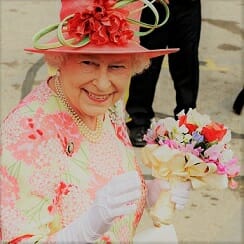 One is intensely aware of one’s requirement to fulfil the duty of convention for one’s status (and any attendant expectation of social example) by engaging in a form of formal partnership. However, one is actually desirous of a shallow fling with a member of the dull peasant classes from an unGodly backwards area of my kingdom. Perhaps a rough-house Northerner. As such, it is imperative that myself, as a person familiar with singular situation (though currently managing it with great fortitude) should locate a suitable and willing participant without delay in the quest for a brief union of firmest prosperity. One suggests a gala dinner for two at the palace as a form of tentative social ‘amuse-bouche’ to prospective proceedings, as it were. Should deportment be judged correct and the evening’s conversational engagement be deemed a wholly successful transaction of gaiety and delight, one may perhaps demand that with pressing concern two become one. Following, one will facilitate discretion and ensure escort from the premises via the servant’s entrance.

Okay, neither The Queen nor Donald Trump are likely to appear on dating sites, are they? For a start Her Madge is happily married to Prince Philip… and Melania Trump is rich.

The Don and Liz are both so powerful that were they in need of a hook up they wouldn’t hit Tinder, they’d have courtiers to go find someone suitable for them. But it’s not as easy for ‘ordinary folk’ though, is it?

If getting on your phone or tablet and delving into the world of online dating is the route to happiness, we here at Ebuyer say ‘go for it’! In the immortal words of the great Jake and Elwood Blues, “Everybody needs somebody”…

But if you’re going to be doing a lot of chatting, make sure you’ve got a decent device to communicate with your date.