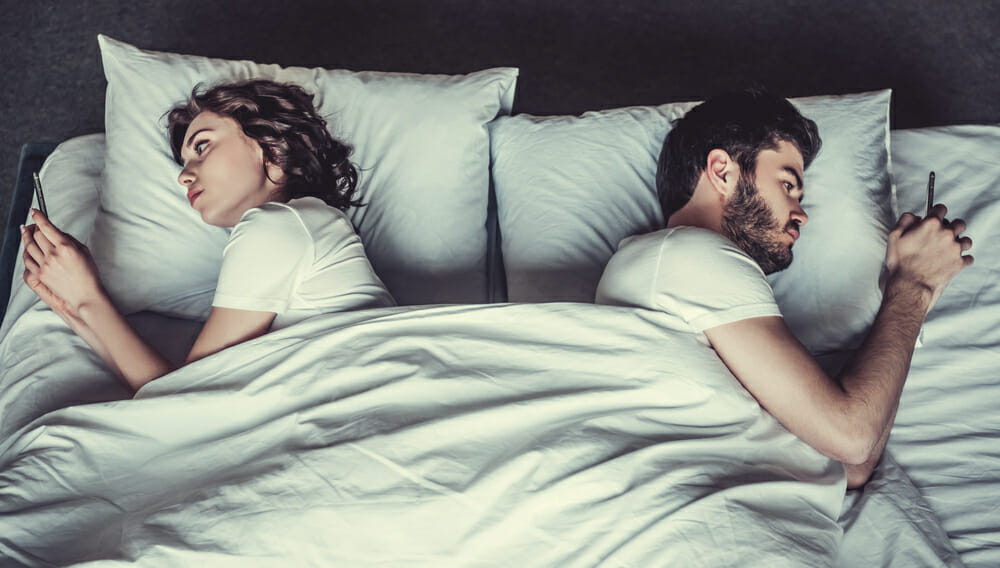 The Ebuyer survey questioned 1,850 people around Britain, and the company also conducted a further poll of its customers via social media. The country’s bedtime behaviour makes for some interesting pillow-talk!

Just over one third (34%) of all those polled revealed that technology has affected their sex lives in some way. And when we say technology, we mean laptops, mobile phones and cameras – not sex toys!

Of Brits in the 18-24 age group who answered, 39% said that technology has affected their sex life, while in the 55+ age group only 12% said that tech has had an impact on their boudoir behaviour. Is that because the other 88% struggle to switch on their devices?

16% of 18-24 year-old’s said that technology has increased their creativity in the bedroom. Several respondents said that tech was a “fun element” of their sex lives and helped to create a “different kind of intimate bond”.

Andy Roberts says: “I’m actually quite surprised that only 6% of people in the 25-34 age bracket had delayed things to check their emails… Maybe there’s hope for us all yet.”

“I would suggest that the influence of tech on sex will become even more prevalent in the years to come,” says Psychologist Melvyn Edwards. “It makes people desire instant gratification – and I believe this is infiltrating all aspects of our daily lives, including behaviour in the bedroom”.

With the constant advances in technology and its applications, and with talk of AI robots eventually replacing us all, the survey’s results were quite gratifying in revealing that human relations are still carrying-on regardless. Even if, for some, it is now with a helping hand from technology.

Magic and Technology: The future is already here
Supercomputer for weather and climate to cost £1.2 Billion!
To Top