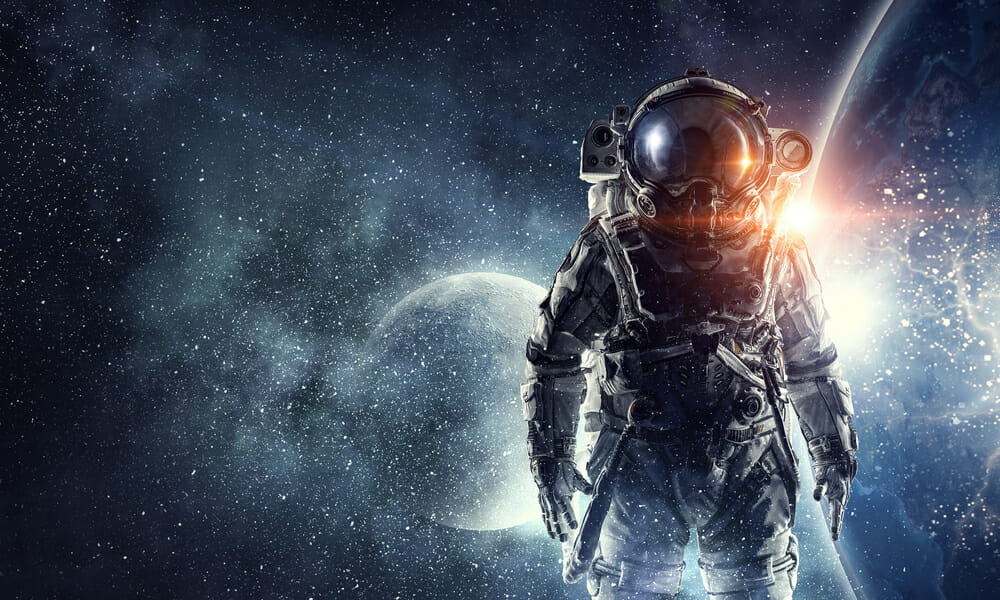 The US space agency NASA has put out a rare public recruitment call for astronauts – so if you’ve got ‘the right stuff’ you could be the next woman or man orbiting this amazing planet of ours.

The basic requirements to apply, however, do include United States citizenship. So if you can get that sorted you’d find yourself following in the footsteps of Lincolnshire-born NASA spaceman Michael Foale. He holds dual-citizenship, and is the only astronaut to have flown extended missions aboard both Mir and the International Space Station. Foale was also, for a time, the Commander of the latter. Not bad for a lad from Louth (look it up, it’s not too far from Ebuyer HQ).

Another UK-born NASA astronaut was Piers Sellers. Born in East Sussex, Sellers started work for NASA in 1982, before becoming an astronaut in 1996, and making three Space Shuttle flights to the ISS between 2002 and 2010.

Two years (36 semester hours or 54 quarter hours) of work toward a Ph.D. program in a related science, technology, engineering or math field; A completed doctor of medicine or doctor of osteopathic medicine degree; Completion (or current enrollment that will result in completion by June 2021) of a nationally recognized test pilot school program.

Candidates also must have at least two years of related, progressively responsible professional experience, or at least 1,000 hours of pilot-in-command time in jet aircraft. Astronaut candidates must pass the NASA long-duration spaceflight physical.

Since the 1960s, NASA has selected over three hundred people to train as astronauts for its increasingly challenging missions to explore space. With 48 astronauts in the active astronaut corps, more will soon be needed to crew spacecraft bound for multiple destinations and propel exploration forward as part of Artemis missions and beyond.

After completing training, new astronauts could launch on American rockets and spacecraft developed for NASA’s Commercial Crew Program to live and work aboard the International Space Station, 250 miles above Earth. Once there they will take part in experiments which benefit life at home and prepare humankind for more distant exploration.

They may also launch on NASA’s powerful new Space Launch System rocket and Orion spacecraft, docking the spacecraft at the Gateway in lunar orbit before taking a new human landing system to the Moon’s surface. After returning humans to the Moon in 2024, NASA plans to establish sustainable lunar exploration by 2028. Imagine the excitement of everyone watching a series of 21st-century Moon-landings on TV back home! Gaining new experiences on and around the Moon will prepare NASA to send the first humans to Mars in the mid-2030s. Mars!

NASA expects to select the new class of astronaut candidates in mid-2021 to begin training as the next class of Artemis Generation astronauts.

“We’re celebrating our 20th year of continuous presence aboard the International Space Station in low-Earth orbit this year, and we’re on the verge of sending the first woman and next man to the Moon by 2024,” said NASA Administrator Jim Bridenstine. “For the handful of highly talented women and men we will hire to join our diverse astronaut corps, it’s an incredible time to be an astronaut. We’re asking all eligible Americans if they have what it to takes to apply.”

It’s probably the tallest of orders, right? But, let’s face it… just the fact that this kind of recruitment drive is out there in the public domain sort of keeps ‘the dream’ alive, and can make you marvel all over again at the wonder of space…

For more information about a career as a NASA astronaut, and application requirements, visit: http://www.nasa.gov/astronauts

Five space myths you would swear are true
To Top