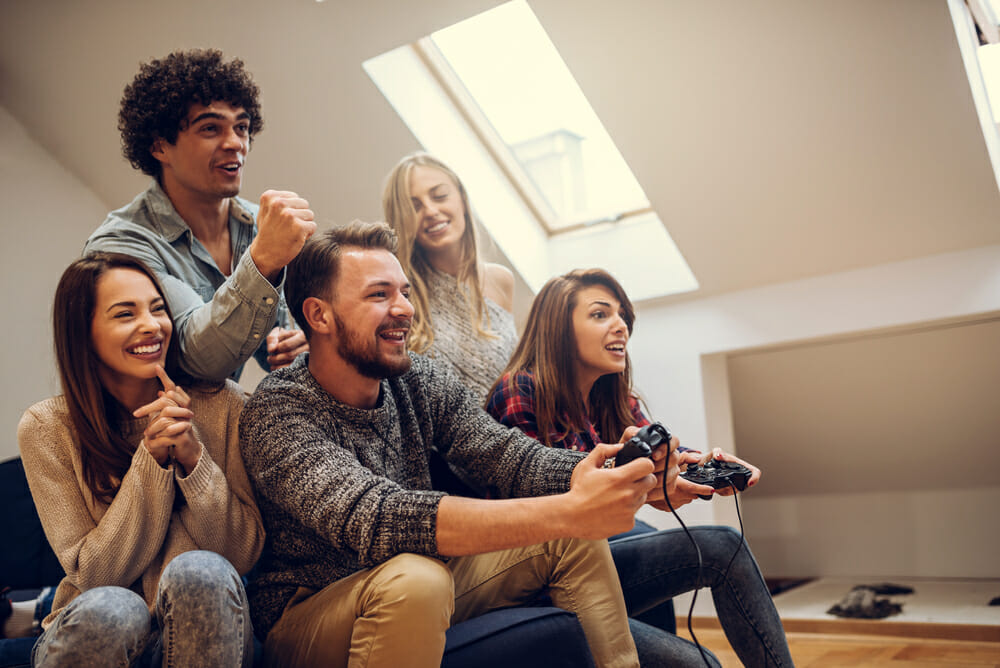 A few days ago we blogged about a few games you could try out if you’re self-isolating.

We all need something to help with the current stay-at- home boredom, right? But with self-isolation comes another potential psychological hurdle for many of us – loneliness.

Due to the current situation, many of us are faced with not being able to physically socialise with others. It’s difficult – but fear not. Ebuyer has come up with a great list of multiplayer games. So you can team up with your family or pals, wherever they may be.

This game has it all; robberies, heists and fast cars. All wrapped up into an extensive and impressive map, you can connect with tons of people from all across the world, or even just your mates who live down the road.

A popular choice for multiplayers due to the size of the map and the ability to join detailed narrative heists together, this game will provide the social connection you’ve really been craving. With Grand Theft Auto 5 you can team up to wreak motor-havoc on the fictional city of Los Santos, even if your team mates are self-isolating down the road!

This one is for those who are struggling to keep the kids entertained during this difficult period. In Overcooked you meet customer orders in your restaurant by cooking in your virtual kitchen.

This multiplayer game is a race-against-the-clock type of thing, meaning stuff can get pretty loud in your living room. You can either play alone or in a multiplayer set up, and work together to keep your restaurant going. Teaching younger players about time management and cooperation, this game is a great one for kids, but it also brings out the competitive streak in the grown ups too.

This game can be played on various platforms (Xbox one, PS4, PC and Nintendo Switch), meaning it’s a great choice for family game nights.

In part one of this blog ‘mini-series’, we mentioned the soccer-themed game Football Manager as a great choice for those who are missing their daily dose of the beautiful game – especially as the current season has been postponed… But if that one doesn’t hit the spot, Fifa20 is well worth a try.

One of its main appeals through the seasons has always been the ability to play as your favourite players from different football clubs. This new version of the popular game has an individual mode where you work through a pre-set story as well as having an online multiplayer league where you claw your way through divisions.

The graphics of this game are really impressive and there’s something really satisfying about watching your club ascend the (virtual) tables. This game also features a ‘Volta’ game mode, which is a popular choice for friendship groups due to it being likened to a five-a-side kick-about in the park with your mates… but without having to go outside.

It’s available on PS4, Xbox One, PC and Nintendo Switch.

We hope that the second installment of this mini-series gives you some ideas on how to spend your gaming sessions. Did we forget to mention your favourite multiplayer game? If we did, leave your suggestion in the comment section below, we’d love to hear from you.

With a lot of us having plenty of spare time to spend gaming during this current situation, it’s important to have the right tech. At Ebuyer we have a huge selection of gaming consoles, gaming PCs, and all of the accessories you’ll need in order to start your next virtual adventure.

Stay safe and stay at home.