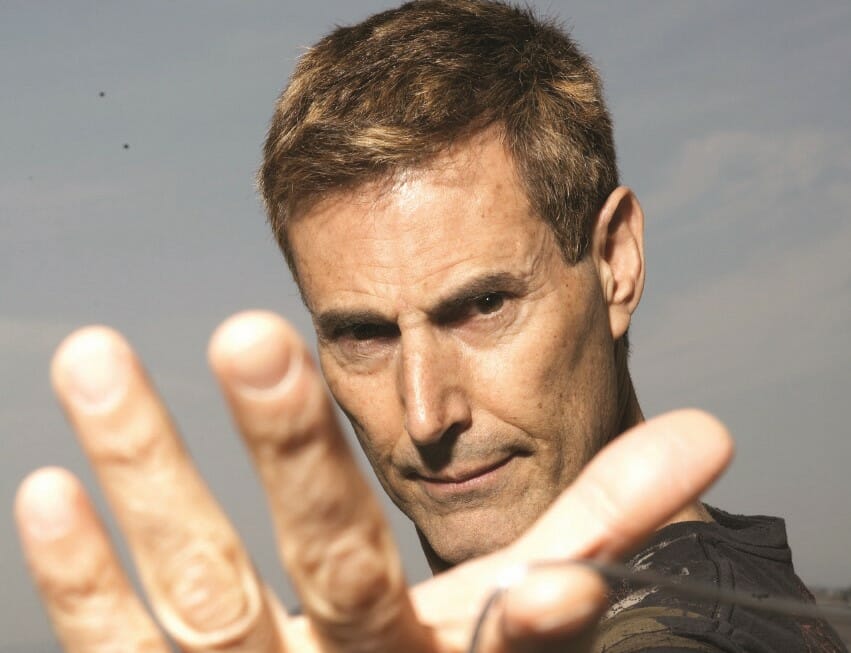 The mystical spoon bender tells Ebuyer why bending spoons is just a tiny part of what he does. He can bend spoons, send psychic messages to people hundreds of miles away, and use his mind to discover where companies should drill for oil. But the most important question from Ebuyer is: Can Uri miraculously fix a broken laptop?

Uri Geller has been a star in the world of entertainment for the last fifty years. Most people remember him for his ability to bend spoons just by gently rubbing them between his thumb and forefinger until they break. He also gained worldwide exposure for several of his other projects – one being using his psychic powers to fix watches and clocks all over the UK simultaneously, with just his mind. And thousands of them began working simultaneously having not worked for years.

The most defining moment of his life happened when he was four years old. “I became engulfed by a white sphere of light – a moment which I believe gave me my paranormal powers,” says Uri. “Then later while at the dinner table, I bent my first spoon. It was laid flat on my hand, and as I stared at it, it became hotter and hotter and when I picked it up, it just broke in half. His mother Margaret – who has witnessed many of Uri’s feats – swears the incident is true.

Uri joined the Israeli army to fulfil his National Service duties, and he entertained his fellow soldiers with his powers. Over the years, several military powers have attempted to harness his skills. And even though Uri, declines to talk about it, it’s widely known that he was worked for the Israeli Secret Service (Mossad).

We asked Uri if it was possible to fix a broken laptop or mobile using just the power of the mind? “Yes, of course it’s possible,” he says without any hesitation. “It’s not about having technical expertise or anything like that – it’s all about harnessing power – and that can be electrical impulses – which can re-invigorate objects which need power. Energy can stimulate and rejuvenate anything which uses electricity. So, yes, I could fix your laptop, or mobile or gaming console – the object is not what it’s about…”

In 2017 Uri fixed a broken Xbox which belonged to the son of Morag Jamieson. She held her son’s Xbox tightly and bellowed ‘work’ three times while watching Uri Geller on the TV show Loose Women – before the console whirred into life after months out of action.

Morag, 45, followed Uri’s orders to put a spoon on her TV and held the machine tightly while she was watching Loose Women in her living room.

“I used to think it was me who was responsible for things happening, but I was looking at things from the wrong perspective. I’ve now realised that I’m just unlocking viewers mind potential! I’m just the trigger for this release of energy.”

“I think what is more important is the placebo effect. I would rather that people forget the spoon – or piece of electrical equipment – and instead, focus on the positivity of what has happened. This way, people are able to think of success. The spoon is meaningless [referencing the scene which he inspired in the Matrix] but inspiring others to believe anything is possible is what’s important. It’s not how or why it happened but how small things can be powerful and that’s shown by how my act has been instilled into world culture.”

He says how he believes that “our minds will evolve” and that “magic is just a future extension of our minds. You have to think what happens to energy when you die if it cannot be destroyed”.

Of course, the quality of Ebuyer’s laptops, desktop PCs, TVs and mobiles is so good that Uri and his special powers won’t be needed as they are unlikely to break!

A few things you didn’t know about Uri Geller: His first name isn’t really Uri, it’s George. And he hasn’t always been a psychic entertainer. As a young man he was a professional model. He was also contracted into the cold war effort by then US President Jimmy Carter. Uri’s work in this area included an attempt to ‘telepathically kill the Head of the KGB! Yes, you couldn’t make it up. It’s all completely true.

*Thanks to magicseen magazine