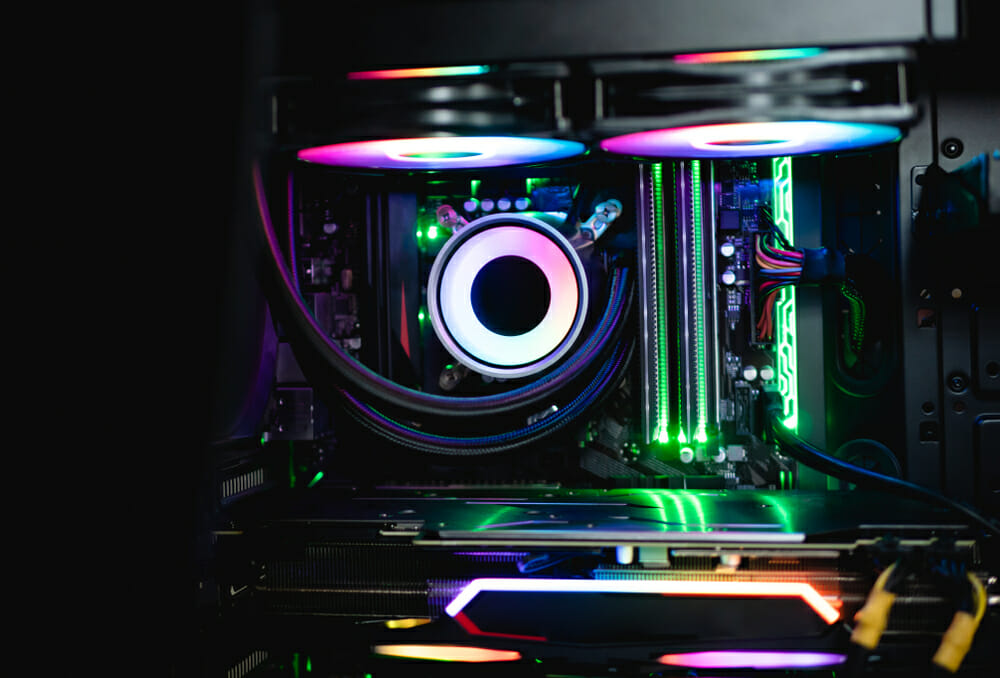 When you buy a new desktop computer, a question you probably won’t ask is “what is desktop PC case modding?” – because you’ll expect your PC to look a certain way.

It’ll most likely be housed in a fairly standard case, and that case will almost certainly be black. Nothing particularly flash, and nothing ‘over-interesting’. Not necessarily dull or boring, though… Just streamlined, efficient and unobtrusive. It’ll sit there on your desk (or under it), and it’ll do the job – housing all your PC’s components and discreetly going about its business.

But did you know that your computer case doesn’t have to stay that way?

Around the globe serious computer users and super-serious gamers have been letting their creativity run riot – and the results can be amazing The only limit (well, almost the only limit) is your imagination.

Users have upped the ante for aesthetic excellence by modifiying the cases of their computers. Case modding is the practice of altering the appearance of your computer case so that it’s a unique bespoke design. So what exactly does case modding entail?

Some modified cases are relatively simple. The case is customised to show off the interior workings and the various components which make up the system, utilising see-through panels or cut-outs in the existing panels, or a painted case and various spectacular cooling, wiring and lighting systems. This is pretty much sci-fi stuff – and some PCs look like they belong on the bridge of the starship Enterprise.

But the more eye-catching modifications illustrate that there is a seriously huge wealth of imagination within the PC community. Many cases are elaborately modified to their individual owner’s specific tastes – and that often means that case modding celebrates pop culture references.

The case modification will be based on the iconography of the user’s favourite film or TV show: Star Trek and Star Wars, or Batman, for exampole. Or, perhaps, the case modding will be some sort of references to the gaming influencer they follow. Or it could reflect the aesthetics of their favourite popular gaming title. Some modified cases reflect the owner’s loyalty to the strip and colours of the sports team they support. And sometimes cases are modified with great wit and humour.

There are really cool websites out there which will tell you how you can go about making modifications to your PC case, and guide you through the process – or at the very least give you some idea of the amount of work required to get your case from standard black to galaxy-level amazing. And there are galleries on websites which show off some of the more spectacular modifications to have been crafted and created by PC users.

So, if you fancy a go at PC case modding, it’s clear that you could take your inspiration from just about anywhere, and build your dream design. It obviously depends on practicalities and it may take a bit of time and a lot of effort – but the results could be truly fantastic. A real talking point, and something to be proud of.

Start with a decent PC or basic PC case as a ‘blank canvas’, and away you go…

What is HP PAYS?
To Top