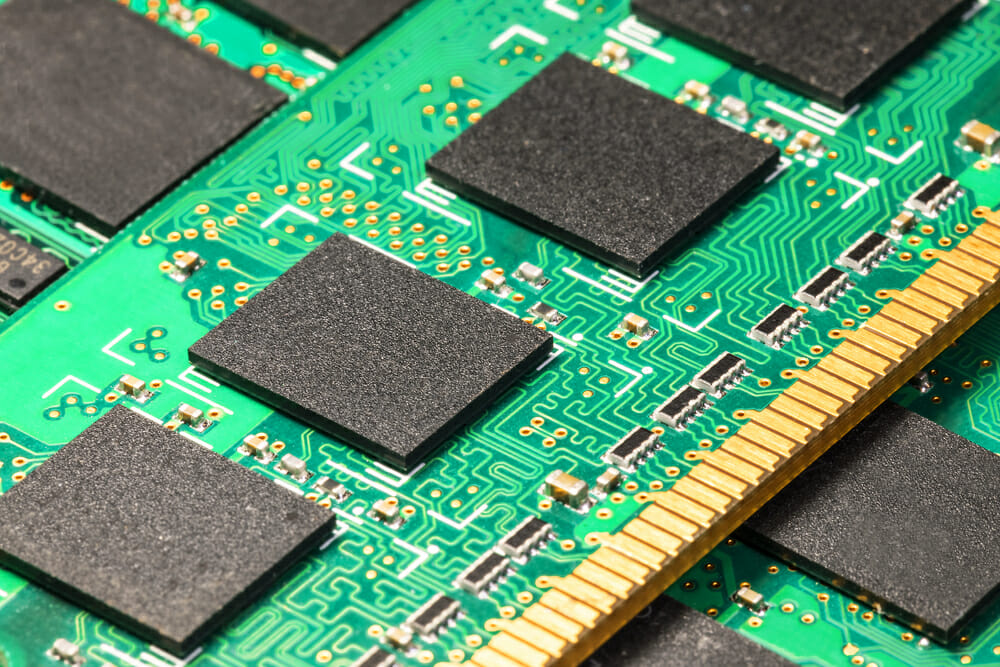 Are you confused by memory? Have you ever wondered exactly what PC memory is for? Do you know your DRAM from your SRAM? Are you new to the world of RAM?

Don’t worry. Help is at hand. We’ve put together this ‘absolute beginners guide’ to the ins and outs of PC memory. We’ll be telling you what it is, how it can improve your PC performance, and how you can choose the best memory for your computer.

Let’s start by going back to basics…

What is PC memory?

The concept of PC memory can cause some confusion. Computer users sometimes mix it up with storage memory. That’s understandable, really. PC memory is more easily referred to as RAM (Random Access Memory) – and it performs very different tasks to the storage memory found on a hard drive or SSD.

RAM, in the form of a memory module, is a component in your computer which enables short-term or temporary data access (this could be anything from loading a file or editing a spreadsheet).

By contrast storage memory (for example a hard drive) allows long-term data access. In other words, it will permanently store programmes, applications and all your data files.

RAM memory determines how fast your computer accesses data. If your PC seems sluggish, upgrading the memory (i.e. increasing the RAM capacity) could speed it up considerably.

Because RAM and storage work together it is often best to upgrade your hard drive too. The general rule, though, is the more RAM your machine has, the faster it will access data.

So RAM, or PC memory, is a vital component which has a big impact on the performance of a computer. So we know we need memory. But, just to slightly muddy the waters again, there are two types of RAM.

There are two common types of PC memory; Dynamic (DRAM) and Static (SRAM). Of the two, DRAM is the more common. It’s cheaper, it packs more data into a smaller space, and it’s the memory used in the vast majority of computers.

You can find a huge range of DRAM modules on the Ebuyer site.

Though SRAM is faster, it’s more expensive and more likely to be found in portable gadgets such as mobile phones – though it can be found in cache memory (not something the average computer user needs to worry about).

Why you should upgrade your PC’s memory

Adding more RAM to your PC is one of the easiest and most effective upgrades you can perform. If your computer is running slowly, or you need to have multiple applications running simultaneously, installing additional memory will make it faster and more efficient.

How much memory should I add?

It depends. It’s a little simplistic, but the general rule is that the more memory your computer has the quicker and more efficient it will be. How much memory you can add will depend on the number of RAM slots on your motherboard. Most motherboards will have either two or four slots which are assigned to a memory channel.

Memory can be purchased either as a single module or in kits. Best performance is usually attained by mounting memory in multiples. So, for example, two 8GB modules will perform better, albeit slightly so, than a single 16GB module.

Memory can be purchased in various capacities from 2GB right up to 64GB though for everyday use including multimedia, web browsing and word processing, 8GB to 16GB in total is almost certainly more than adequate.

The good news is that physically adding the memory to your PC is very easy – and that’s even for those of us who have never opened up a computer case and peeked inside before. It takes only a few moments to fit extra memory. Match up the notches on the bottom of the memory with those on the motherboards slot and simply push it into place. That’s it. You should be good to go…

But remember: When adding memory, turn off the power supply and beware of static. Touching your hand against the computer case will keep you grounded.

Hopefully this ‘absolute beginners guide’ has helped you answer a few questions about the ins and outs of PC memory. You should now know what it is, how it can improve your PC performance, and how you can choose the best memory for your computer. Ebuyer stocks memory for your extra memory needs.