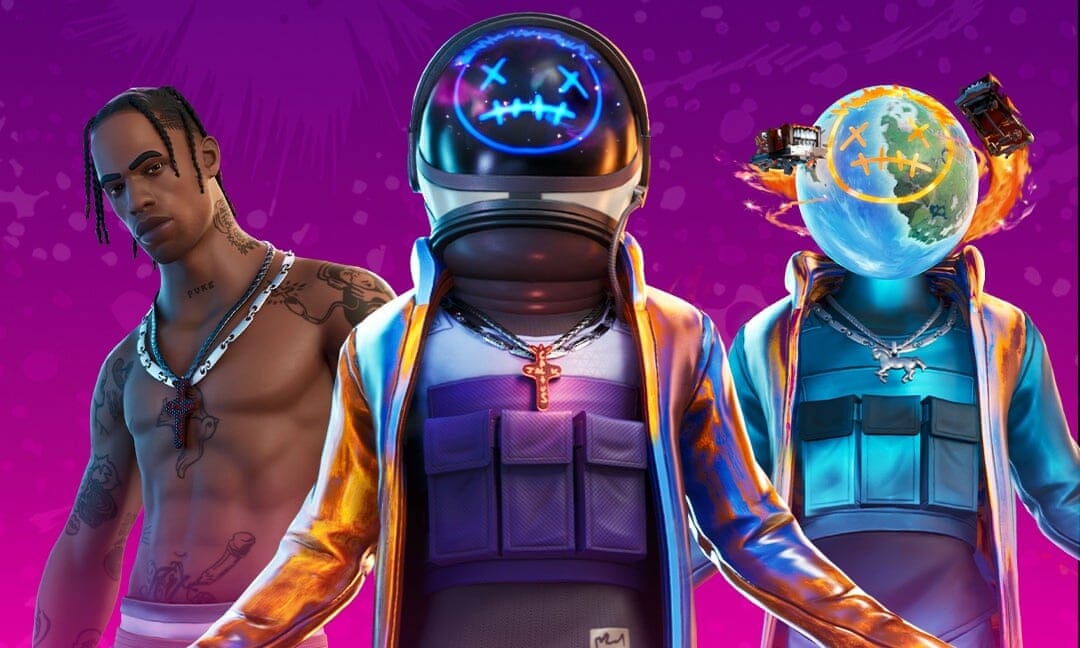 The show goes on!

Although all gigs, festivals and other music concerts are cancelled for the foreseeable future, Fortnite decided to host its own… virtually. Enlisting Travis Scott as the (only) headliner, Fortnite proceeded to replicate him in-game, and blow him up to the size of a skyscraper when compared with the game’s landscape.

Over 12 million players flocked to the virtual embodiment of Travis and celebrated by holding a flaming mic stand above their heads – his trademark stance.

Following the American rapper around the map for his 10-minute concert, gamers flocked to social media to brand the concert “stunning” and “spectacular”.

The success of the virtual concert made waves on social media and garnered all the right kind of attention for bringing people together during a time which is clouded by uncertainty. For many, it was a chance to connect with others and enjoy something new for the first time in a while whilst many countries are still on lockdown.

It also posed the question of whether Fortnite could be more than just a game and even used as a platform for mainstream media.

Whether or not Fortnite will be developed as more than a game remains to be seen. However, when previously asked, the Chief Exec’ of Epic Games stated that “Fortnite is a game. But please ask that question again in 12 months.” This suggests that something big is in the pipeline and that we could see more huge-scale concerts very soon.

Fortnite has been around for quite some time now and it continues to grow in both popularity and presence. With the free-to-play game facing competition from several other titles also offering battle royale game modes, it makes sense that Fortnite would evolve and become something more than just a game.

Hosting a virtual-concert on this scale, for this many gamers, and having it hailed as a success is a fantastic achievement which can only mean more similar events will follow. Using this experience and its success, those calling the shots at Epic Games will no doubt want to capitalise and invest more in the growth of Fortnite as platform.

While everyone is urged to stay home for the safety of others, more people than ever are logging onto the third-person shooter as a way to pass the time. With such a huge captive audience, it would make sense for Fortnite to take advantage of this and trial as much new content as possible in the hope it will be met with the same response.

In the time of need

Perhaps one of the main reasons the concert has been praised so highly is that it brought something new and exciting into the lives of those who are self-isolating, and are no doubt becoming increasingly bored. Lots of companies are being praised for going out of their way to make lockdown easier on everyone, and Fortnite has realised that rolling out brand new content such as this, will put it in gamers good books.

For now, we’re all waiting patiently until the UK lockdown is lifted and we can all return to our normal lives. As for those of us who are avid gamers, Fortnite will no doubt remain a huge part of things for us.