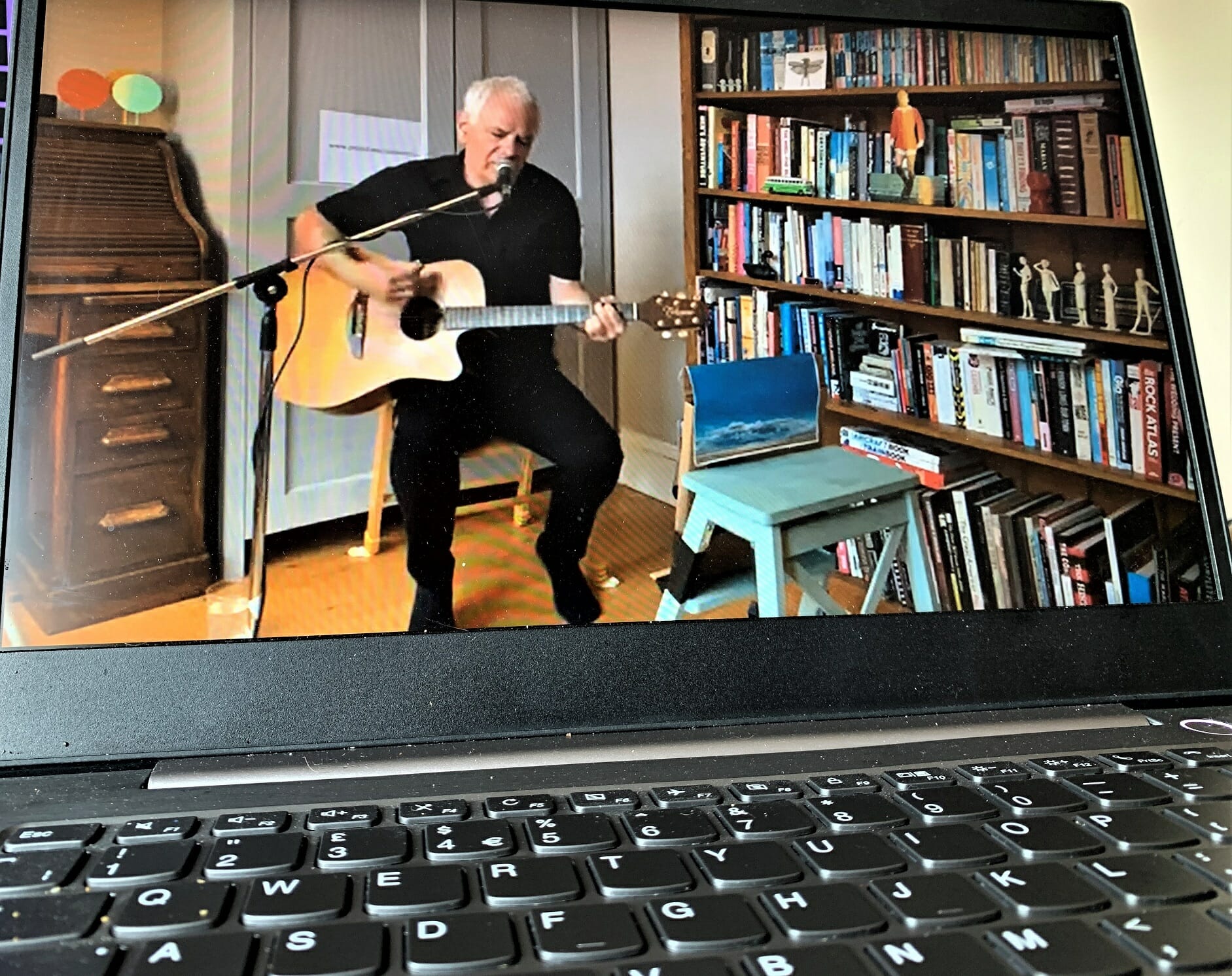 For a long time now streaming music has been a bit of a hot topic. Over the last two decades advances in technology have changed the way music is consumed. Back in the ‘old days’ of the early 21st-century the entertainment industry at large was up in arms because of file-sharing (through platforms such as Napster and Pirate Bay). There were widespread predictions that these sort of sites would completely kill the music, film and television industries.

The times they are a-changin’…

But the businesses adapted to the changes – and the last decade has seen the rise of subscriber sites offering streaming for music. Record labels have worked hard to ‘claw back’ some money from the listening public. The financial implications for artists, though, have been eye-opening. Artists, let’s not forget, are the actual ‘talent’ involved in the creation of the music – and they’ve often found themselves ‘shut out’ of any greater rewards.

Music streaming can be such a cliché

Streaming sites are a brilliant idea – but the music industry seems to have reverted to the cliché of its type, in a way. The streaming industry often seems to operate within legal / moral loopholes – certainly as far as obligations to the artists are concerned. Spotify, Google Play, Amazon Music and Apple Music / iTunes all have their own deals with record labels, but the artists themselves seem to be holding the short end of the stick. It’s pretty common, if you go wandering through the Twittersphere, to read musicians complain about a lack of financial recompense for their music being streamed. You’ll see some unusual statistics which detail (for example) that artists are rewarded with mere fractions of a penny for a thousand plays of one of their songs. Check out the #BrokenRecord hashtag for more information…

The art is its own reward – but is that enough?

Think carefully about the livelihoods of the creators of your favourite music when you sign up for a streaming service – particularly in the current lockdown period. There are no live gigs going on, and this is where most artists carve out their living. Other than for a select few with major label backing, the days of mega-stars and mansions are long gone. Most artists are not ‘rich’ these days – they’re probably as skint as you and me. So think about alternatives to the mainstream online music providers. One of the very best you could consider is Bandcamp.

The streaming and sales site that supports the artists

Bandcamp began in 2008, and it’s basically an ethical one-stop shop for your music needs. An increasing number of artists and labels upload their music to the platform, where they can control how they sell it. Customers can stream music through Bandcamp, or can order physical versions (such as vinyl albums or CDs) and other merchandise. Depending on the artist and album, downloads are offered both in lossy formats as MP3 (320k or V0), AAC and Ogg Vorbis and in lossless formats as FLAC, ALAC, WAV and AIFF. The benefits to the artist are far greater than other platforms. On Bandcamp artists can set their own prices – sometimes even offering fans the option to pay more than the minimum price.

Bandcamp, which often makes charitable donations from its own profits (most recently to a civil rights legal firm in response to the George Floyd incident) also operates a regular ‘fee-free Friday’ for the benefit of the artists on its platform. This usually takes place on the first Friday of a month, and on that day the organisation waives its own fee on any music sold. So your favourite artist might release a new album on the ‘fee-free Friday’, and all the money for any copies of it sold on that day go solely to the artist. There have been a couple of successful ‘fee-free Fridays’ during the current period of lockdown (a difficult time for low-paid artists, with no live gigs happening).

Some artists have released special recordings made during lockdown. Indie legend Tanya Donelly (formerly of Throwing Muses and Belly) has, for instance, been recording a weekly cover version which she has uploaded to Bandcamp. Proceeds from the sale of each of these MP3s have gone to different charities each week. Some artists have made previously unreleased material available. And some, like 1980s synth pioneer Howard Jones, have put up really good quality recordings of complete gigs.

Another way artists have raised a bit of income during these unusual days is to put on ‘streaming gigs’ (through Facebook, YouTube, Instagram and Twitter). The technology involved is pretty basic (relatively speaking) and is within reach of all artists. With the addition of a virtual ‘tip jar’, putting on a show like this is somewhat akin to busking for a living – but to an already interested audience of digital viewers.

Some of the best streaming gigs in recent weeks have been by Mark Morriss (of The Bluetones), Lisa Hannigan, Thomas Truax, David Gedge of The Wedding Present and Tim Booth from the band James. Gary Barlow managed to re-form both Take That with Robbie Williams (who has also been doing his own fan-driven karaoke streams) and All Saints for special online performances. There have been many other special online music moments – and the great thing is that recordings of many of these intimate shows are still available to see!

Martin Stephenson, friend of Billy Connolly, is a long-time veteran of major labels and the DIY ethic. These days almost his entire living comes from the live music scene, and during lockdown he’s performed several charming concerts from his home. Stephenson may be in a remote part of Scotland, but a couple of times each fortnight he has been able to engage with his supporters across the world, and entertain them – and make “a few quid” along the way. He has also found the time to publish a couple of poetry books and repress a couple of old albums on vinyl, and upload his entire back catalogue (sixty or so albums) for sale through his Bandcamp.

Hardly surprising that Stephenson has managed to carve out a little bit of a living during these strange times – he was one of the first artists to realise the potential of the web and harness it to build a career after his ‘moment in the sun’ on a major label. An ‘e-group’ of his fans formed in the early days of the internet, and they still support him in robust fashion to this day.

The fantastic thing about online gigs is that you can watch on any capable device (your smartphone, your laptop, through your smart TV), and often the artist will respond to messages and comments you post in real time. And one of the cool things about streaming music services is that they’re accessible through your phone.

But having the biggest and best technology doesn’t always matter – not much is currently broadcast in 4K, but there’s something quite intimate about watching a streaming gig on the small screen of your ‘phone anyway. The streaming thing means your phone basically becomes the best-ever Walkman (ask your Dad).

But if you are able to invest in a large TV – or perhaps you need to think about a network solution system for your home, to expand the reach of your Wi-Fi – in the end it might be worth it, as more and more artists stream and upload more and more high quality content. Because who knows when we’re going to be able to go to actual real-life gigs again?!