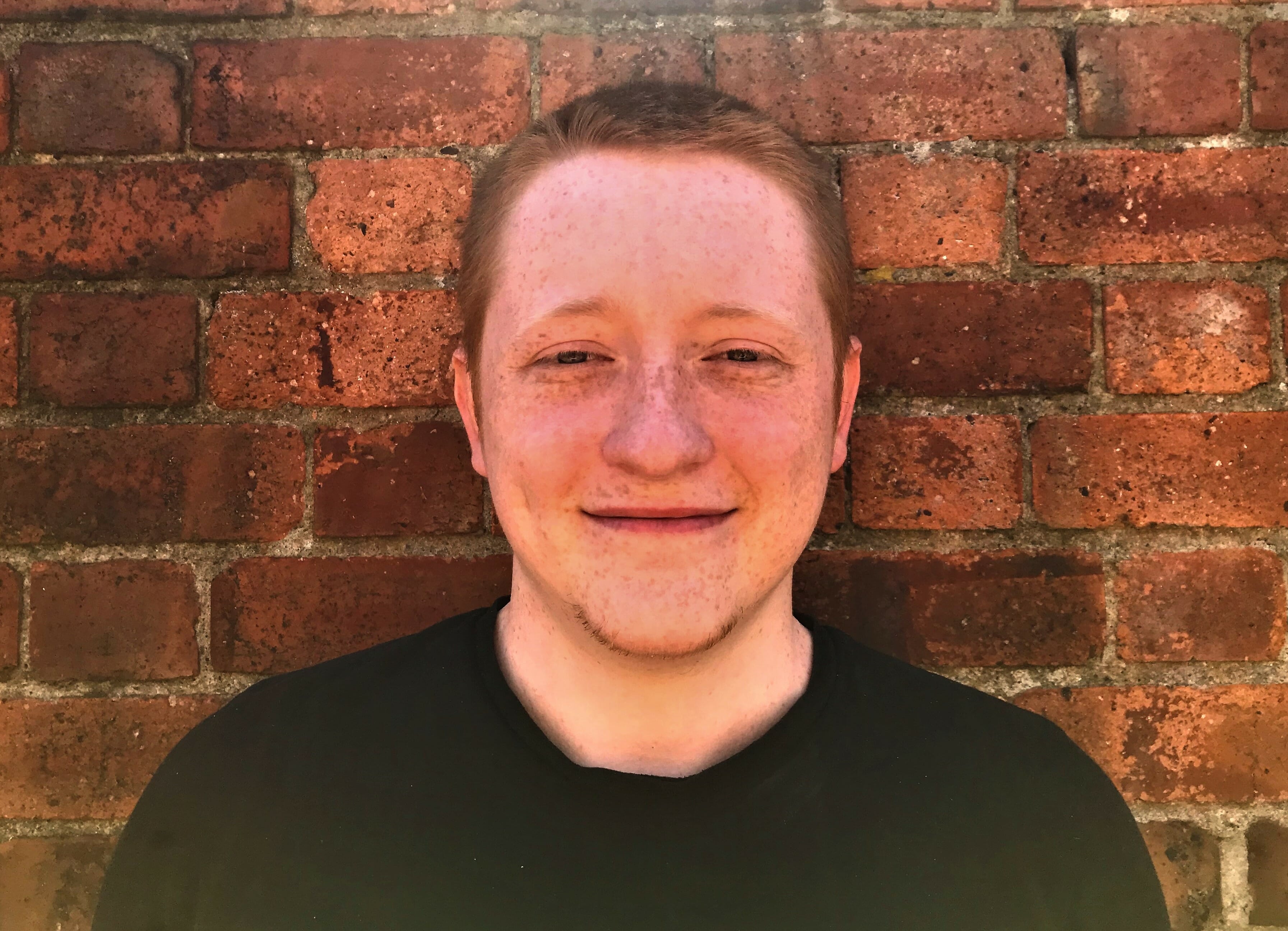 “Education, education, education”  as Tony Blair once said… Handy political soundbite from a divisive figure that might have been – but, politics aside, no-one could ever argue with the importance of learning.

In a truly civilised society, though, it’s also crucial to ensure ‘opportunity’ and ‘experience’ are added into the mix with Blair’s famous mantra. Education, opportunity and experience are the three pillars supporting the building up of a capable future workforce. Or, if you prefer, the careful combination of them is a sort of clear doorway into a stronger world. Who doesn’t recognise the value of that in 2020?

Here at Ebuyer there is a tradition of offering experience and opportunity to those who are already undergoing higher levels of formal education. The company’s Graduate Placement Scheme has been in successful operation for around five years, and currently there are several University students working within Head Office in Howden, across various departments in the business.

Two of those students are Cameron Bell, originally from Rotherham, and Thomas Turner, originally from Manchester, who are both studying Computer Science at the University Of York. The pair are also working in Ebuyer’s IT Development Team on long-term placements.

Cameron and Thomas have found themselves very busy, with their skills and talents put to good use by the company during their time on the Graduate Placement Scheme. Ten months in, it’s clear that this dynamic duo have done very well. “They both hit the ground running and were eager to learn,”  says Ebuyer’s Head Of IT, Laura Porter. “During their time with us, Cameron and Thomas have finished their development tasks to a high standard, been involved in the technical planning of projects and interacted with end-users in a confident and professional manner”

As a clear illustration of just how effective their placements have been, in February Cameron was rewarded with the accolade of being one of the company’s Employees Of The Month. “That was a huge surprise for me!”  he says, with Laura adding: “It was well deserved. Both students have become highly valued members of our team!”

For the company, Cameron’s Graduate Placement Scheme opportunity in particular has been of immediate direct benefit. “My biggest achievement,”  he says, “has to be adding the Klarna ‘Pay in 3 monthly instalments’ system to Ebuyer’s website. There was an awful lot involved, and I was mostly given full rein over the project. Seeing thousands of orders processed using this payment method is incredible for me.”

But how do Cameron and Thomas feel in general about their time at Ebuyer so far? “I came into Ebuyer just as the development team changed focus onto a PC building project,”  says Thomas. Since 2019 a new in-house building team at Ebuyer has worked on an exclusive range of cutting-edge gaming PCs, workstations and B2B PCs, with outstanding results. Thomas has found the challenge invigorating: “I’ve learnt a lot about developing code for a business rather than just for a University course. I’ve also learned loads about how a fully functioning business is run.”

Cameron, who has also been busily growing his skillset and developing his talents, adds: “I’ve been trusted with a lot of responsibility. I’ve been given that because of the huge amount of support I was offered during my first few months at Ebuyer, when I learned so much about how our systems work.”

Ebuyer’s management and staff have been focused not just on progressing Thomas and Cameron in a professional sense, and are comfortable within the IT department during placement, but also on ensuring the pair grow personally. Coming from an education environment straight into a professional workplace can be quite a leap for some young people. The company has done its bit to make that transition as painless as possible.

Says Cameron: “Saying I was nervous on the first day is an understatement. I’d barely ever been in an office before, never mind worked in one! But the other people in the department couldn’t have been more welcoming,”  and he goes on to describe how supportive his colleagues have been. “There’s always someone on hand to help with any questions I’ve had about anything. I feel like I’ve made a huge amount of progress thanks to the immense support of the people around me. I’ve learned so much in such a short space of time.”

Thomas adds: “While working for the development team I’ve had to work with staff from different departments. I’ve found all of them to be very inviting. Whenever I’ve needed guidance or explanation to complete a task, they’ve been very helpful.”

The University Of York has been sending applicants for developer posts at Ebuyer for several years, and Thomas feels lucky to have been selected for placement: “The process involved sending a CV and attending an interview with two of the current Ebuyer developers. That took place on the Uni campus, and there was a technical task to do.”

Interestingly, as something of a pointer to the specific kind of valuable interaction a professional placement at Ebuyer offers University students, Cameron expands on the assignment which formed part of the recruitment process: “At the second interview what I had submitted for the task was discussed. It was a chance to gain some formal feedback on code that I’d written.”  It seems that this opportunity for appraisal and development was not always available at University. “Even in Uni, having personal feedback on code was hard to come by. So that was really valuable to me. And my code can’t have been too terrible, or I wouldn’t be here today!”

Lee Simmonett, Head Of Development in IT, agrees that one of the most important things Ebuyer can provide for those who visit on extended placements is individual feedback: “Educational establishments are always under a lot of pressure, and they might not have the time and resources to offer daily or weekly feedback. But here at Ebuyer we’re able to give the placement students these regular bits of technical guidance which contribute to their professional growth. It’s a confidence-building thing, too.”

Of course, these are somewhat strange times and 2020 is a year no-one will forget – particularly Thomas and Cameron. The pair have found themselves on their Graduate Placement Schemes in the middle of a global pandemic! Like in almost every other job or placement around the country Coronavirus has created a new and unique set of challenges. But, like Ebuyer’s wider business itself, the two students have continued to work hard while at the same time taking the unusual circumstances in their stride.

Working from home has been pretty much business as usual, with a few twists… For Cameron “It’s been interesting,”  but work life hasn’t actually been impacted too much. “Within the Development team we have a handful or remote workers – so we’re used to having meetings online, and we have strong communication anyway,”  and Thomas explains further: “It is a bit of a weird time – but it’s not been too difficult to carry on working productively. All meetings are held through Zoom calls, and communication is easily achieved through the messaging service Slack.”

Indeed, one of Thomas’s areas of interest after his placement at Ebuyer has come to an end reflects the importance of technology in dealing with the current pandemic. “After I’ve graduated I’ll be continuing to a masters in Artificial Intelligence. It’s something which has interested me for many years, both its practical uses in robotics and in making peoples jobs easier. But also in research, and the potential for providing better and quicker vaccines for any future viruses.”

Meanwhile Cameron, who is aiming to achieve a First in his studies, doesn’t want to go further than his current Degree. “Development jobs generally require a Bachelor’s Degree,”  he says. “There are so many different directions that can take me in, and I’m not entirely sure what I specifically want just yet. I suppose I’m eager to finally start life? I’d definitely like to forget about long weekends of revision!”

For Ebuyer, building a good relationship with the University Of York has been key in ensuring the continued success of the Graduate Placement Scheme. “Like in every professional relationship, trust and respect are crucial,”  says E-Commerce Director Andy Roberts. “I think throughout this partnership with the University, they’ve been able to see that we really ‘look after’ their students while they’re with us – and they always offer us great candidates.”

“We been able to see some brilliant young people with a lot of potential. We get to invest in their future, but also in ours,”  concludes Andy. “It’s in everyone’s best interests to keep an eye on the future by having a scheme like this. It’s valuable for the students – but it’s also a really good way to pump quality new blood and ensure the healthy development of the business. These two lads have been really great for us.”

Perhaps, though, the best way to judge the success of the Graduate Placement Scheme would be to give Cameron and Thomas a final word. Thomas, who ran a robotics society and tutored some of the younger years in computer science during his school years, says: “When I started I hoped to achieve further understanding of Computer Science in relation to a business. So this placement at Ebuyer will definitely help me when, after Uni, I’m looking for a job.”

Cameron adds: “I’ve had a really positive experience and learnt so much about the industry. I’d definitely be interested in coming back to Ebuyer after my graduation. I think there’s more I could bring to the company, and that’s now paired with a year of actual experience here. It’d be a shame to waste that!”

CHECK OUT OUR TECH GUIDE FOR STUDENTS AT UNI HERE