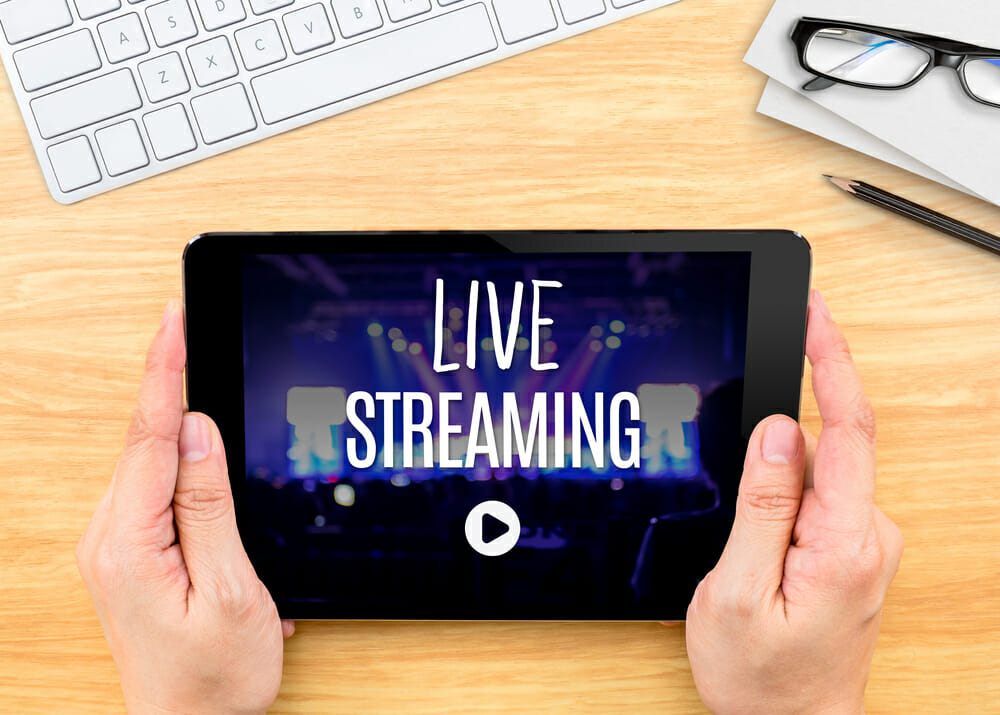 Live-streaming has boomed in recent months, mostly due to social isolation, with millions of people across the globe taking to their screens. Many live-streamers are gamers in action. It is reported that Twitch, one of the most popular streaming platforms, saw their hours watched increase up to 50%, just between the months of March and April. Up to 1.645 billion hours are now watched per month.

Live-streaming used to be a niche undertaking, used only by members of the ‘in-the-know’ gaming community. But with so many of us now using video-call applications to keep in touch with family or as an integral part of doing our jobs, live-streaming has become the norm.

So what’s Live-Streaming? (asking for a friend…)

Live-streaming could be compared to live television in the sense that it’s unedited and broadcast right there and then, to whoever is watching. Not only is it for gamers, but other categories are becoming mainstream on platforms such as Twitch and even popular social media channels like Instagram and Facebook. Unlike live TV, live-streaming is more interactive for its users as it allows comments to feed through to the broadcaster. It’s become a favourite with many people in recent times because it’s an easy way to connect with other people.

The growth of Live-Streamers

Since lockdown the amount of users on sites such as Twitch has sky-rocketed. Due to obvious reasons – boredom, an excess of time, ‘staying home’ – people are trying to find new ways of keeping themselves entertained. Of course live-streaming gamers has been a popular category for years on these sites. However, a new live-streaming genre has emerged: Music and Performing Arts. With many bands, singers and artists having to cancel up coming concerts and gigs at physical venues, they’ve begun to use live streaming platforms as a way to perform to their fans. This category on Twitch saw its hours watched quadruple.

Another platform to have seen a huge rise in following is Facebook Gaming, which saw 72% growth between March and April, and a massive 238% jump in growth over last year. The most popular games on live-streams have been Fortnite and League of Legends. But the winner of this recent growth spurt has been Valoriant, with a whopping 344.3 million hours of viewed content.

So, is Live-Streaming here to stay?

As we all know, trends come and go. In these uncertain times it’s very hard to predict what’s going to stick, let alone any upcoming trends. However, live-streaming has been around since 1993 (yes, really) when the band Xerox PARC broadcast a show via the internet. Admittedly, it’s come a long way since then.

As a modern society, we are finding more and more clever and inventive ways to connect with others – and thanks to live-streaming becoming one of the main media tools, it’s now not only easy, but just about the norm!

Why don’t you get the perfect gaming set up to start your live-streaming here!