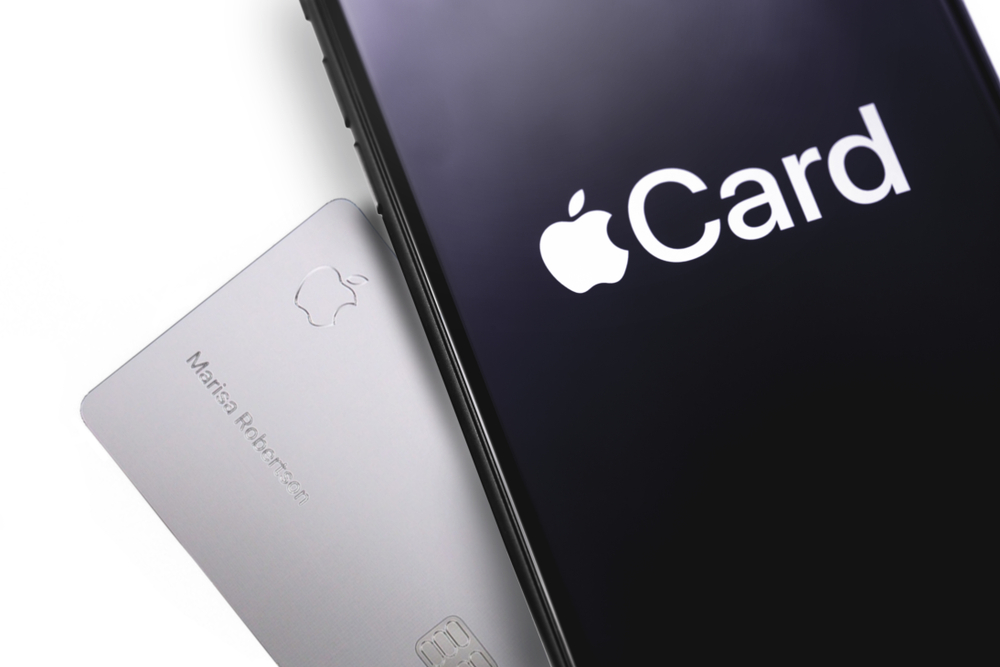 It’s only available in the US, currently, but Apple’s latest thing is a beaut! There’s something particularly gorgeous about the design of Apple products, isn’t there? Something sleek and a bit sci-fi. A cool glimpse into a well-organised and efficient future. Think of the iPhone, the iPod, or even the iMac. Beautiful bits of engineering and design. Functional – but more than functional. Almost ‘art statement’, and a pretty minimalist one at that.

One of the latest things to fall from Apple’s tasteful tree continued this glorious aesthetic trend. Initially launched in the US only last year, with around a million users so far to have jumped on board, the Apple Metal card is almost certain to roll out across the globe, soon.

It’s a 14.75g credit card made of metal. On it you will find no number, no sort code, no CVV code, no expiration date and no associated bank account details. The titanium Apple Card is more secure than other credit cards because all associated information is stored in the Apple Wallet app.

The card, which was launched in partnership with Goldman Sachs (the American multinational investment bank and financial services company) can be used in physical transactions, or digitally through the app. Although Apple handles the branding of the card, the financial element is operated by Goldman Sachs, and all debt and billing falls to the bank.

But, for the Apple Card to succeed at all, it has to be more than just a good looking way for you to flash the cash. As you’d expect from Apple, on top of the kudos of carrying one, there are some neat features.

One of the major benefits of the card is that you can lock it. So if you leave it at home, or at work, in a shop or even at the bar, and you can’t collect it until later, you can go into the Wallet app and lock it. When the Apple Card is locked it can’t be used to make purchases or used in any other transactions. Once the card is back with you, you can then go into the Wallet app again and unlock it so it can be used.

Apple Card – it’s all in the branding

There has to be a downside, right? Well, yes. There is. The titanium card itself is not the most practical and can be damaged, and so users have been told to avoid putting it into a leather wallet where it could discolour. They’ve also been advised to wipe it gently “with a soft, slightly damp, lint-free microfibre cloth” to maintain it. Teething problems, for sure, but maybe enough to stop some opting for Apple’s new thing.

In recent years the computer and smartphone mega-business has tilted itself away from hardware sales, which have slowed, and has instead launched several services which cleverly trade on the brand’s distinctive and high-end cache. In terms of Apple Card itself, the company doesn’t need it to compete with other established credit giants – because every time this new product is used it will further the brand awareness.

While the Apple Card is not currently available in the UK (in fact, anywhere outside of America) it surely won’t be long before it makes its mark outside of the USA, and the Apple brand grows further until it’s the core of our digital world. Ebuyer stocks various Apple products, including iPhones and iWatches. Check them out.

The iPhone space bar trick. You need to know this
Ebuyer Book Club: Our quick list of top tech reads!
To Top