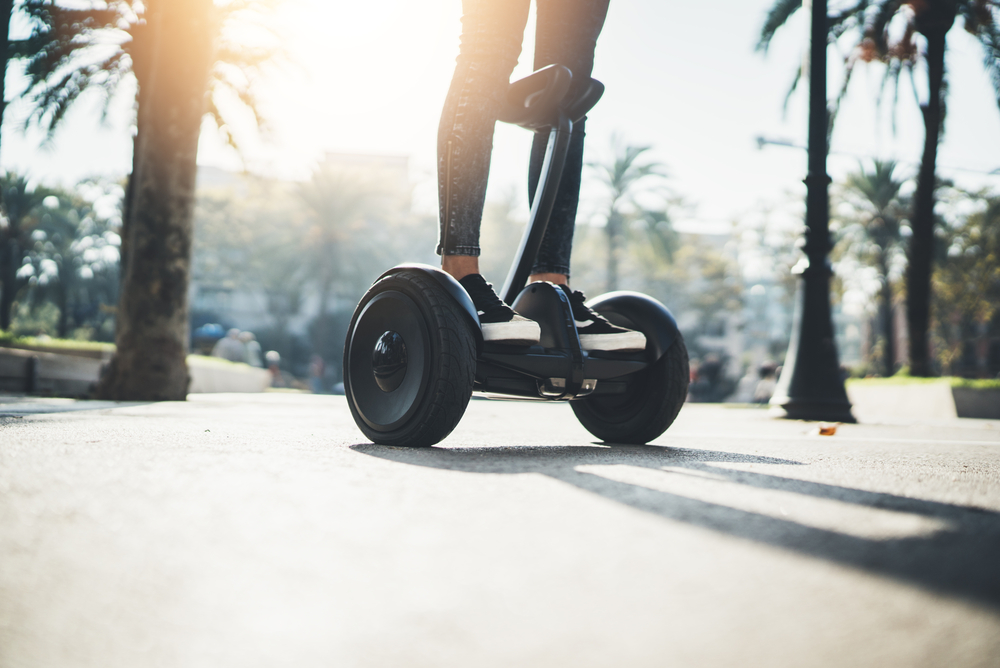 Travel back through time and you’ll see plenty of outmoded tech. Stuff that seemed like a good idea in its day. Stuff that was supposed to make our lives better. Stuff that was designed to make humanity soar to a higher plain… but which ended up in the dumpster.

Yes, history is littered (and that is possibly the exactly appropriate word) with tech that didn’t quite take off. Some of it was, admittedly, pretty rubbish – but some of it was actually great. Even now you might not really be able to fathom quite why it didn’t catch on.

Segway to roll off into the sunset

Take the Segway, for instance. Who in their 21st-century mind wouldn’t want a small and sci-fi personal transport device like that? But, alas, the two-wheeled vehicle, which carries a standing passenger on a wide platform, just didn’t segue into this decade quite as well as inventor Dean Kamen had hoped.

The transportation revolution he envisioned when he founded the company in 1999 never took off. Even though, for a while, the Segway became a staple in security and law enforcement in the USA, and also gained popularity with holidaymakers in major cities in North America, Europe, Asia, South America, and the Middle East, it has recently been announced that the Segway Inc is ending production of its vehicles.

The Segway’s original price tag of around $5,000 was a big hurdle for many consumers. There were practical angles, too. It was a quite challenging vehicle to master, because the rider had to be balanced at a specific angle for the vehicle to move forward. If the rider’s weight shifted too much in any direction, it could easily spin out of control and throw them off.

In 2004 prog-musician Peter Gabriel used one on stage every night during a massive arena tour, so there was no shortage of public visibility for the two-wheeler – but, alas, wider take-up was not to be. Mind you, impressive Gabriel also used a Zorb ball to travel round the stage a couple of years before that – and it’d be difficult to imagine one of those rolling down the pavement towards you, wouldn’t it?!

Sometimes the initial price to pay for incredible vision is novelty. The lack of impact on the wider imagination, with the public unable to comprehend quite what you’re doing and what this particular device is all about. Perhaps that’s why some actually genuinely impressive tech still seems… a bit silly.

Think of the Sinclair C5… That was a brilliant concept but, in commercial terms, a huge failure. The C5 was invented by Clive Sinclair, a computer boffin whose pioneering spirit had significant impact on the UK’s home computer sector. But despite the success of the (what are now clearly) rudimentary ZX80, ZX81 and ZX Spectrum PCs, old Clive’s luck ran out when it came to vehicles.

In a way, the C5 was the 1980s forerunner of the Segway. The vehicles are not the same – the Sinclair C5 was a sit down thing; a hybrid of a bobsleigh, a Tupperware lunchbox, a roller skate and a commode – but the principle motive was identical. Decent, convenient, low impact personal transport. Hmm, perhaps shouldn’t have used the word ‘impact’ there… The owner of Segway Inc. (the company which manufactured the vehicles) infamously died from injuries apparently sustained after falling from a cliff while riding one, a decade ago.

Even though Sinclair didn’t ‘get it right’ in the ’80s, the perspective forced on us by these dangerous climate-change times means that the thinking behind the C5 now seems totally woke. Revolutionary, even…

So what other tech didn’t quite capture the imagination in the way you’d expect its inventive spirit to have managed? There is a lot out there. As we said, travel back through time and you’ll encounter it. Let us know what you find!

We’ve blogged about outmoded or daft tech before… But in terms of anything related to the tech Ebuyer currently stocks, it’s actually television which provides the biggest flop of them all.

In the home video market of the late 1970s and early ‘80s there was only ever going to be one winner. Superior in every way to VHS – but most importantly picture quality – Betamax was the wise choice for those who wanted to record their weekly episodes of M*A*S*H, Dallas, Doctor Who (oh yeah, that baby’s been going since 1963), Auf Wiedersehn Pet and Howard’s Way. You’d think it would max out the market, then?

Wrong! Sony, it is said, sat back on the format’s laurels and completely dropped the ball on the marketing. Probably more significantly, Betamax machines were quite a bit more expensive than VHS. These were the early days of ‘home cinema’ (and we use that term lightly), when people didn’t really care about better quality, just the pennies in their pockets.

Nowadays it’s important to get the right tech, the best tech – 4K TV, smart TV, whatever – so you can see every hair in a referee’s nostril and all of the plastic surgery lines on REDACTED’s film-star face. Don’t worry, there are plus sides, too! Imagine it! Those long range goals, those smouldering close-ups of Scarlet Johansson, and those heart-pumping high-speed chase sequences… Just don’t expect to ever see a C5 or a Segway!