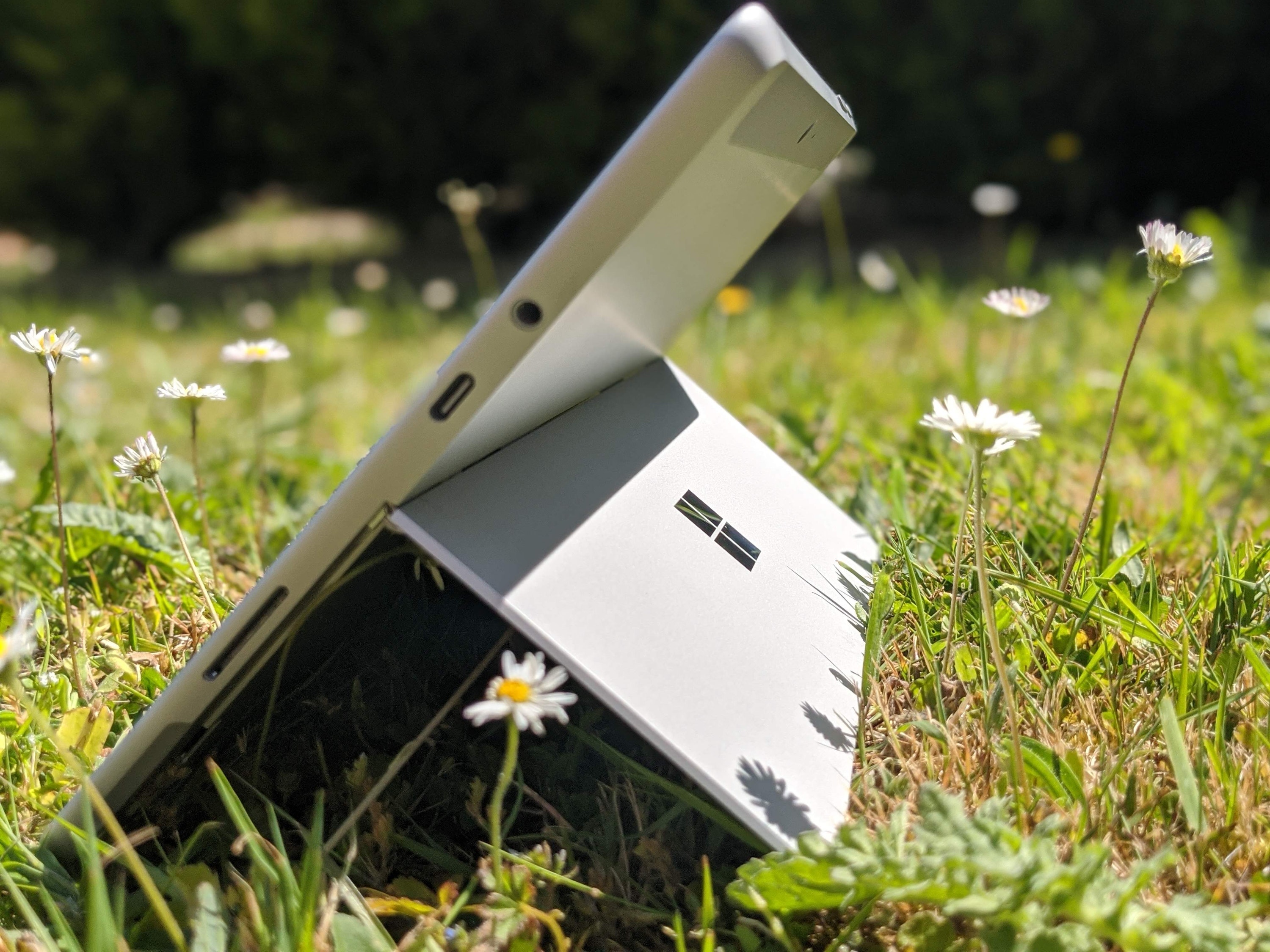 Microsoft makes a fresh attempt at the lower end of the tablet-laptop hybrid market.

Microsoft’s Surface range has always pitted itself among the premium end – and that reflects in the pricing too. With the Go variant, the tech giant tries to economise by cutting parts out. But is the Surface Go 2 enough to attract users looking for a cheap alternative?

The Surface Go 2 sticks closely to the Surface roots as far as looks are concerned, giving its budget device some premium prowess. Compared to its predecessor, the display has cranked up by 0.5-inches to 10.5-inches wide, with a slightly smaller black border (aka the bezel) around it to match.

There are not a huge number of ports on the Go 2. There are a USB-C, a Surface Connect port to charge and dock, a headphone jack, as well as microSD card slot – which is on par with the first Go device. Despite being feather light at 1.2lbs, this is actually a tad heavier than the original – which is due in part to the fact the battery size has increased, giving up to 10 hours of use.

Once again, this model is also without a Touch Cover keyboard, nor stylus included, meaning those should be bought separately. As standard these days, a camera at 5-megapixels can be found on the front, while a rear-facing camera comes in at 8-megapixels. The camera on the front can be used to log into your machine using your face, saving the need to enter passwords.

The device runs on Windows 10 S Mode as standard, which is Microsoft’s slimmed down version of its main operating system. One of the main drawbacks of this is that you can only download software and apps through the Microsoft Store – this is designed to give users more peace of mind and protect them from dangerous downloads on the wider internet, by only offering apps approved by Microsoft.

Thankfully, users can go into the settings and opt for the full, traditional version of Windows 10, though the performance will take a hit on the more stripped back devices.

While the Go 2 starts at around £399, this only includes a basic Intel Pentium Gold 4425Y processor, with 4GB of RAM and 64GB of hard drive space – which won’t hold a great deal of apps. Naturally, those who decide to switch over to the full Windows 10 will notice some moments of sluggishness, especially when the small hard drive capacity starts to dwindle. It is possible to customise the features under the bonnet when ordering, but of course, that will cost extra.

The very highest configuration (without mobile LTE compatibility) has a more powerful Intel Core M3 chip instead, alongside 8GB of RAM to smooth tasks out and 128GB, but this will set buyers back £619.

Although the Surface Go 2 offers a slick premium design, the specs don’t quite reflect that.

Those who can manage with basics like browsing the internet and using pretty standard apps via the Microsoft Store should be able to get by just fine, but others may find it lacking just a little too much. While the option is there to build the spec up for a price, there are competitive rivals such as Chromebooks, which can offer the same amount for less. It is good that users have the option to adopt the full Windows experience instead, but again, performance may falter.

Ultimately, the Surface Go 2 is absolutely ideal for someone who is searching for a slick looking device, but doesn’t need to do anything too demanding or burdensome. It’s fine for surfing the web, playing light games from the Microsoft store and watching films.

Ebuyer stocks a range of Surface devices, including the Surface Go 2, and due to the capacity for focused dedication to a task, they are ideal for daily use in an office or school environment. The Surface Go 2, for instance, can handle every to-do item throughout the work or academic day. You can jot down ideas, help out with homework, create and practice presentations, and manage email. Check out Ebuyer’s range here…

What is PC memory for?
Pack your essential tech for uni
To Top