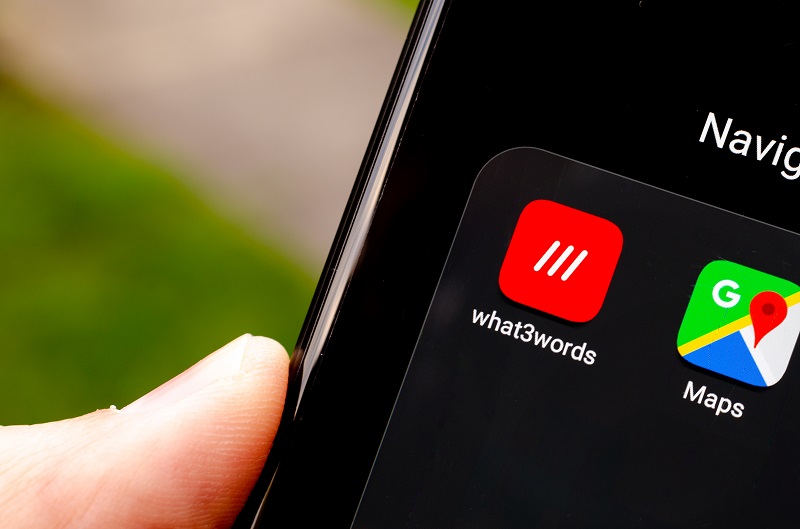 When two teenage girls found themselves trapped on a sandbank off the Lincolnshire coast by rising tides they didn’t panic. They raised the alarm and, thanks to an app on their smartphone, were able to guide the coastguard to their exact location simply by saying three little words.

The app the girls used, What3words, splits the world into small squares. Each square is assigned three words and that becomes its location. Enter those three words into a navigation device and anyone can find it.

For example, Ebuyer’s HQ is rinsed.relished.segments. Going to meet the Queen at Buckingham Palace? Just enter fence.gross.bats into the Satnav. Fancy a day at the seaside? You can find Brighton Pier at riches.slap.spare

You get the idea.

Yeah that’s great. But why do I need it?

Oh, you so need it. As do your family and friends. The two teenagers rescued from Cleethorpes beach are only the latest to benefit from this amazing little app. Ambulance crews and police offices have been guided to the scenes of serious accidents and have been able to find hikers lost in the wilderness. Victims of assault and other crime have been able to summon help and lost children have been found thanks to using the app.

The app is used by emergency services and governments around the world and the best thing about it? It’s free.

How it all began

Like many amazing concepts What3words began with a surprisingly simple solution to an annoying problem. App founder Chris Sheldrick found that many bands he booked as an event organiser had issues finding the venue or ended up in the wrong place entirely.

Having unsuccessfully tried GPS codes, with 16 digits they proved too confusing for many, he hit upon an elegant alternative. Together with friend Mohan Ganesalingam he divided the world into three metre squares.

Each square was assigned three words by an algorithm. This provides a precise location for anywhere in the world and crucially the three-word address is so much easier to communicate. Instead of having to recite a 16-digit number now just three words need to be entered into a device or spoken over a phone.

Since its launch, the What3words app has been downloaded millions of time and is used around the world by emergency services, ecommerce companies, and as navigation aids in cars. Even charities use it to ensure aid is delivered to where it’s needed most.

But, as can be seen from the opening paragraph, individuals are also using it to stay safe and call for help if they find themselves in difficulty. For young, elderly, and vulnerable people this little app could well turn out to be a life saver.

The What3words app is available as a free download from Google Play or the App Store or you can visit the developer’s website here.

Need a new phone? Did you know Ebuyer’s great range of smartphones all come unlocked and include the latest models from Apple, Samsung, Nokia and more. You can see the full range here and don’t forget if you order before 11pm we may be able to deliver your new phone to you the very next day.

Webcam drought? Not at Ebuyer!
The Weeknd is performing a virtual gig on TikTok
To Top