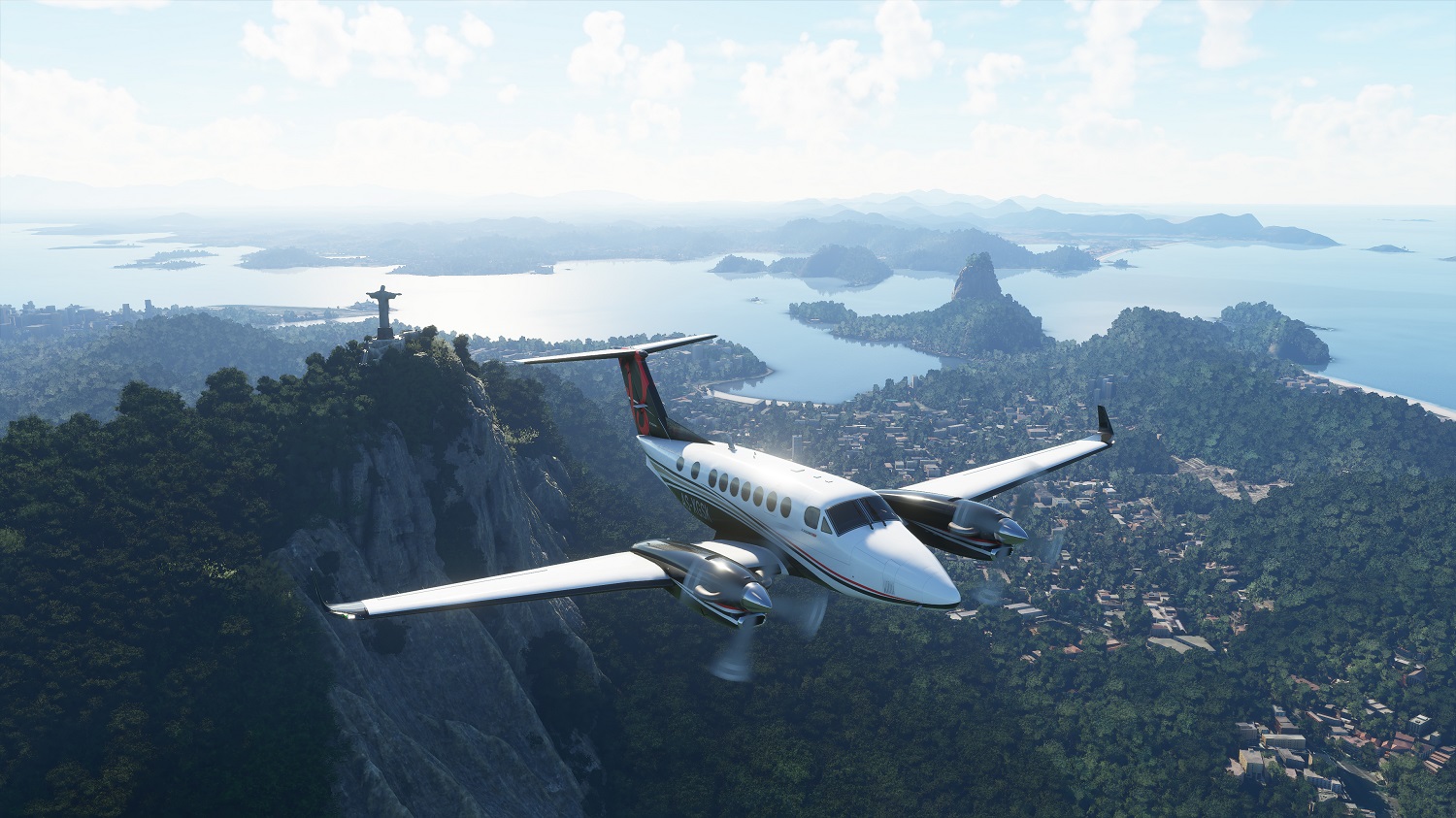 Microsoft has released a brand new, stunning Flight Simulator game – and you can fly absolutely anywhere in the world! And there’s no quarantine!

The new game lets you explore any city you like, fly over landmark buildings, simulating the entire planet. It doesn’t get much better than that!

Microsoft’s first version of Flight Simulator launched back in 1982, the same year that Michael Jackson’s Thriller album was released, and Argentina invaded the Falkland Islands!

So, what’s so good about the new Flight Simulator? Well, Microsoft has 3D-mapped much of the world’s terrain, including trees, grass, buildings and water and the result is sensational!

Watch footage of the game played by the BBC.

According to Microsoft, there are more than 37,000 airports available to use in the Flight Simulator. We’re also told you can travel to and explore over 2 million cities, 1.5 billion buildings, as well as real mountains, roads, trees and rivers.

But are the areas lifeless? The answer is No! You’ll be able to spy traffic, and even animals – it’s just like a earth safari! And there’s also the differences between day and night, so you’ll have to acclimatise to night-time flying!

If you thought it would be just a nice, calm flight looking out of the window and admiring all the scenery, think again. You’ll have to contend with live real-time weather, including accurate wind speeds and directions, temperatures, humidity, rain and lighting. All your skills will be required as you navigate the world!

Choose your own aircraft

You can pilot a wide range of aircraft, from light planes to commercial jets. And they’ll scale to your level with interactive and highlighted instruments, guidance and checklists. It actually sounds more complicated that flying a real aeroplane!

You can create flight plans for anywhere on the planet, so you can even visit areas you know – even your own neighbourhood. It’s a bit like google maps, only you’re in a plane! AND YOU’RE DRIVING THE FLIPPING THING! Be careful!!

The game is available to buy right now on Microsoft Windows, and will eventually come to Xbox One and Xbox Series X too.

Gaming Keyboards 2020: Our top 3
Students NEED this Tech for Uni!
To Top