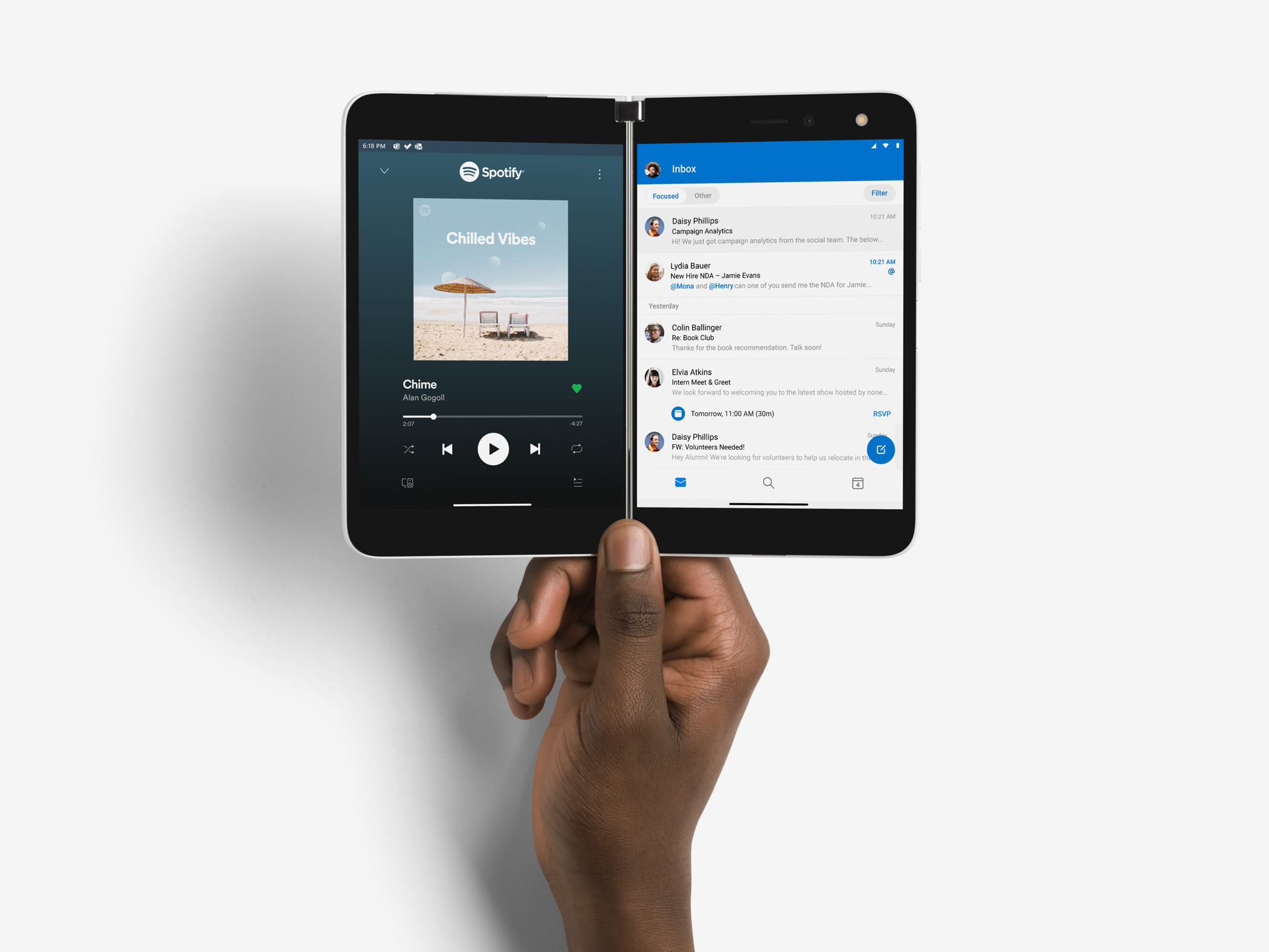 Microsoft has revealed that its return to smartphones, the foldable Surface Duo, will be released in the US on September 10.

The mobile device, first announced last year, unfolds to reveal two displays which can be used individually or together as a single 8.1-inch screen.

Microsoft says it has been designed to support a number of multitasking modes and includes a 360-degree hinge for placement and use in a range of positions.

The technology giant’s chief product officer, Panos Panay, said the aim of the Duo was “not to reinvent the phone, but to inspire people to rethink how they want to use the device in their pocket”.

Microsoft has previously had success with its Surface range of “two-in-one” laptops, which come with detachable touchscreens allowing the device to double as a tablet.

The Surface Duo will be a new rival in the foldable phone category for the likes of Samsung and Huawei, both of which have released a number of flexible screen foldable devices in the last year.

Microsoft has not released a mobile phone since 2016, when it appeared to give up on the category amid intense pressure from Apple and the wide range of phones running Google’s Android operating system.

The Surface Duo, which Microsoft confirmed will have a starting price of 1,399 US dollars (£1,072), will run on Android.

A release date for the UK and the rest of the world has not yet been confirmed.

Ebuyer currently stocks a variety of mobile / smartphones. Plus a range of Surface devices, including the Surface Go 2, and due to the capacity for focused dedication to a task, they are ideal for daily use in an office or school environment. The Surface Go 2, for instance, can handle every to-do item throughout the work or academic day. You can jot down ideas, help out with homework, create and practice presentations, and manage email. Read about it here.

What the FOX is going on? (Disney drops Fox name in re-branding.)
Remembering Pixel inventor Russell Kirsch
To Top