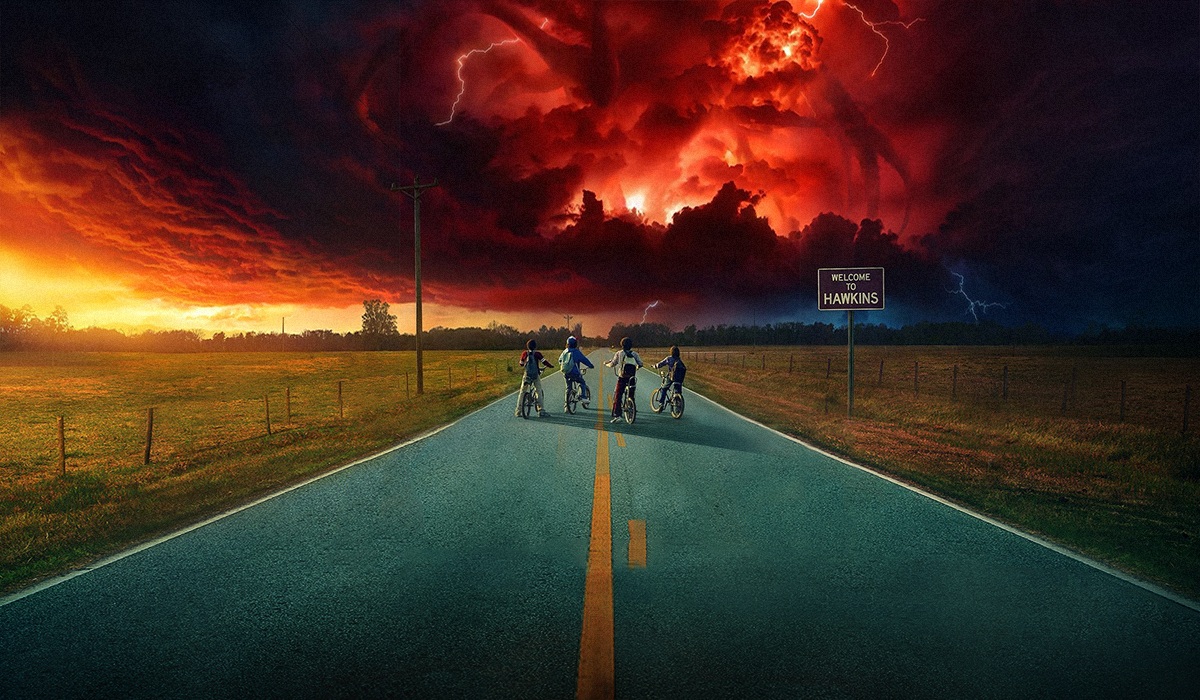 Full HD has 1920 pixels horizontally and 1080 pixels vertically, so there were around two million pixels visible per frame. But 4K Ultra-HD TV offers viewers a brilliant 400% increase in quality because the picture is made up of 3840 x 2160 pixels. With around four times as many pixels as a Full HD picture, 4K specifications are just about the cutting-edge of commercially available TV sets. But, of course, Full HD is still more than enough for many.

We don’t just like to bombard you with facts and figures about the plethora of Full HD and 4K TV sets Ebuyer has to offer. From time-to-time we also like to offer you some suggestions of cool stuff you can watch. Films or TV shows that will mean you get the maximum return on your investment in a Full HD or 4K Ultra-HD TV set. So, here’s our latest batch of brilliant viewing! Things that – yes – look brilliant, but are also top-notch TV or movies…

MIDSOMMAR on a 4K Ultra-HD TV

The ‘folk horror’ genre has been a bit of a thing for several decades. Well, centuries really! This modern-day homage to The Wicker Man is almost as stunning a piece of filmmaking as that creepy old 1973 cult classic. Okay, so it’s a sort of Ikea ‘n’ Coldplay-level smooth coffee shop version of that low-budget British effort, but it’s still well worth seeing. And it’s well worth seeing on a 4K UHD TV. The cinematography is beautiful and the contrast with the horrific story is greatly enhanced by stunning 4K visuals.

Ok, so Oliver Stone’s 1991 epic political thriller about the assassination of US President John F Kennedy in 1963 isn’t actually available in a 4K print, yet. But it’s in the works, apparently – and for now the Full HD version looks stunning. Many 4K players and sets automatically ‘upgrade’ the picture quality (it’s actually called upscaling), and they do it very well.

The three-and-a-half hour film is a deep dive. It mixes actual archive footage of the killing with dramatic reconstructions of investigations, to examine theories that Kennedy’s death was the result of a ‘false flag’ plot – and not the work of a lone gunman. A survey suggests a staggering 75% of Americans now believe this to be the case. The bits of new evidence which have dribbled out over the last 57 years do amount to a compelling case.

JFK is a film which, even thirty years after it was made, begs you to question reality – or the version of reality you are sold by the government and mainstream media. What do truth and justice really mean if society is based on lies? Truly thought-provoking stuff.

An unusual addition to the Batman canon, JOKER saw Joaquin Phoenix win the 2020 Academy Award for Best Actor for his portrayal of the Dark Knight’s ultimate nemesis. But JOKER was so much more than the Biff! Bang! Pow! action of previous Batman films or the colourful TV series from the 1960s. In fact there wasn’t much action in JOKER at all. It was a subdued-looking character study, and comment on current social conditions. Moody and dark – though the sublime cinematography is beautifully picked-out by 4K Ultra-HD. As good looking a film as you’re likely to see.

BACK TO THE FUTURE (trilogy, coming soon on 4K Ultra-HD)

Teenager Marty McFly blasts back to the 1950s in this time-twisting family favourite, with the hero creating a mess which could shatter the future and cancel out his very existence… Now that is a premise! Okay, it’s a premise that’s been done to death in many many sci-fi films over the years, but have any of them been as much fun as the Back To The Future trilogy? We think not! The trilogy in 4K will be released in October as part of Universal’s big 35th anniversary celebration of the legendary franchise. Thirty five years?! Now that’s time-twisting!

We mentioned Breaking Bad in our previous ‘great TV’ blog, and so what better series to follow-up that bingeworthy feast than Better Call Saul… Spinning off into other parts of the world of Walter White and co, Better Call Saul is an American crime drama (with a great sense of humour) which follows the story of con-man turned struggling lawyer. Incredibly, it was actually filmed in 6K and converted to 4K – but that’s another story!

The whole of this brilliant romp on Netflix is a sort of homage to film-making genius Steven Spielberg. The tone of the series, the pace of it and – of course – the look of it. Netflix is without a doubt a trend-setter in the 4K TV industry, and Stranger Things was actually shot in 4K, so designed to be ‘shown off’ in this way. If the monsters don’t get you the visuals will!

So that’s our latest round-up of suggestions for great things you could watch on your Full HD or 4K Ultra-HD TV. We reckon some of the things we’ve listed here will be ‘up there’ amongst the greats in decades to come.