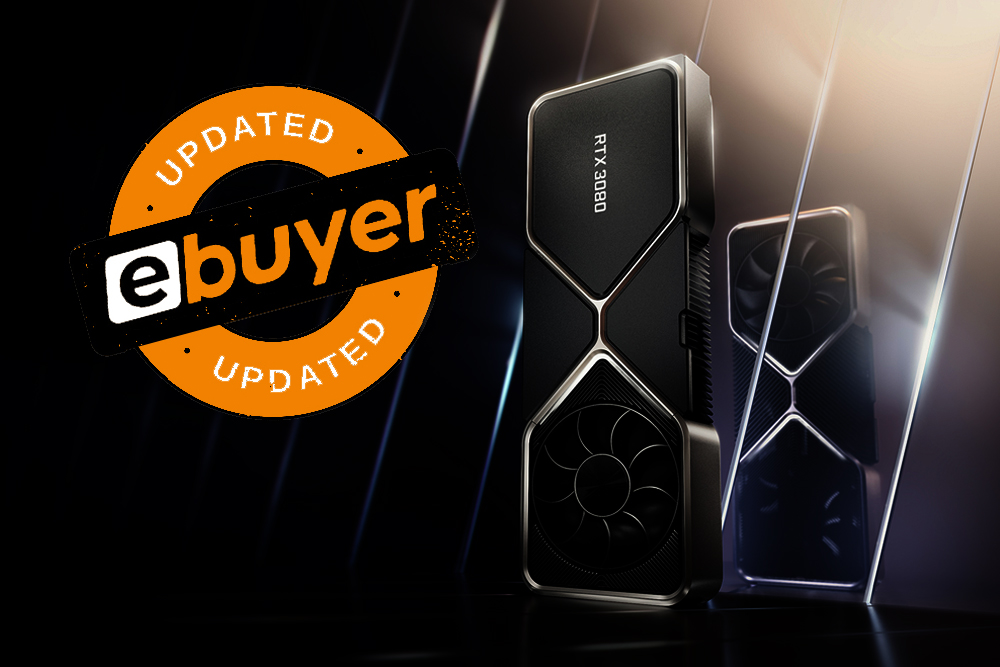 IT HAPPENED. NVIDIA released their brand-new GeForce RTX 30 series and it did not disappoint.

Starting with a montage of incredible gaming footage using an RTX 30 series GPU, NVIDIA live streamed their glamorous reveal of the new GPU series. Well, as glamorous as you can get in a kitchen, as that’s where NVIDIA CEO, Jensen Huang, chose to host the stream.

It was a bold move and one that proved exactly the point NVIDIA set out to make. They don’t need flashy sets or dazzling locations, just the GeForce RTX 30 series and its incredible list of features. Comprised of the RTX 3090, 3080 and 3070, the new series delivers up to 2x the performance and 1.9x the power efficiency of previous generations.

The stream proved quite the spectacle and left gamers eager for more. So, we decided to take a closer look at how the RTX 30 series will improve both gaming and creative experiences.

NVIDIA’s new GPU series will change the gaming landscape forever, taking in-game graphics to unbelievable heights. Revealed early on in the stream was NVIDIA’s innovative Reflex technology, which has been designed specifically for competitive gamers who rely on every millisecond of reaction time they can get.

Huang explained how if an opponent is sneaking past an opening, they could only be visible on-screen for around 180ms and that the average gamers reaction time is around 150ms. This means that unless you have a GPU that can add 30ms, you’ll miss them. This inspired NVIDIA to make this a reality and with Reflex technology, latency times can be reduced by up to 50%.

Along with improving response times, the RTX 30 series will sharpen up scenery with improved Ray Tracing technology, which can replicate the real-life behaviour of light in-game, for the most realistic experience possible.

Also revealed in the stream was Fortnite’s trailer showcasing how the game will look using the new technology and it is incredible. When you couple this graphic potential with the scope for more large-scale live events such as Travis Scott’s virtual concert, the possibilities are endless.

“75% of GeForce gamers play Esports,” Huang states, as he goes on to reveal NVIDIA’s new G-Sync display designed especially for esports gamers. The display features a built-in precision latency analyser which works in perfect tandem with the RTX 30 series to deliver the lowest latency rates possible and in-turn give competitive gamers the edge they need.

With the latest DLSS AI acceleration, the RTX 30 series utilises dedicated artificial intelligence Tensor Cores to boost frame rates without compromising on image quality. This allows you to demand the most from your GPU to get the best visual experience in every competition.

Spearheading the new series is the GeForce RTX 3090, which proves the best choice for esports gamers as it’s the fastest GPU ever built for gaming and is designed to power next-generation graphics at 8K resolutions.

The live streaming community is ever growing – currently over 20 million – and one that NVIDIA have decided to treat with NVIDIA Broadcast. Broadcast turns any room into a streaming studio with audio noise removal, virtual backgrounds and web cam auto-framing effects.

That’s not all either, with next-generation hardware encoding and decoding combined, the RTX 30 series will allow streamers to enjoy seamless graphics and stutter-free live streaming. An updated NVIDIA Encoder delivers the best video quality, while redirecting workload from the CPU in order to boost framerates whilst gaming.

All of these incredible features result in what can only be described as a must-have for streamers which are serious about their craft. Bringing an RTX 30 series GPU into the mix of streaming tools will undoubtedly take your live streams to the next level.

With a renewed focus on content creation, Huang introduces the RTX-powered mixer app, NVIDIA Omniverse Machinima. “The engine is designed to be physically accurate, simulating light, physics, material and artificial intelligence.” He explains, delving into how the RTX series can use both the app and external webcams to bring virtual characters to life.

Built to deliver blazing fast performance, the RTX 30 series is perfect for modelling and rendering complex virtual worlds in mind-bending 3D, across an array of creative applications. These capabilities can also be applied to video editing and motion graphics to create moving stories in 4K, 6K and even 8K resolutions.

Where to get an RTX 30 Series GPU

The release date for the NVIDIA GeForce RTX 30 series is 17th September with each model available right here at Ebuyer.

Keep your eyes peeled and your clicking finger at the ready, as the much anticipated new NVIDIA GeForce RTX 30 series is in incredibly high demand.

Watch the full stream hosted by Jensen Huang, below.