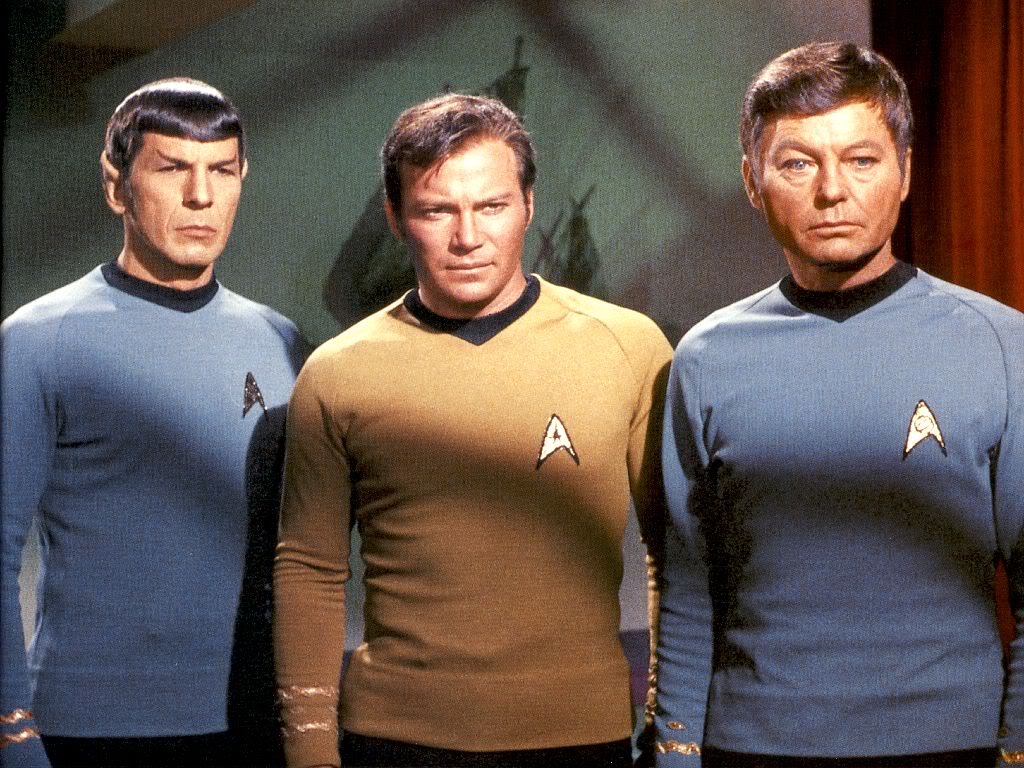 If you know your Millennium Falcon from your Mr Spock, your Cylons from your cybermen or your TARDIS from your Tribbles, it’s a safe bet that you’re a big sci-fi fan. Or, rather, a big fan of sci-fi films and TV shows. We’ve blogged about great TV before, but in this ‘first in a sci-fi series’ of blogs we’re going to run through a few classics that we think you should revisit – on a 4K ultra-HD TV, of course!

First of all, though, what makes good sci-fi? Well, that’s an interesting question because even within the genre the scope of mood and worldview (well, should we say universe view) is pretty vast. There are films and shows at the dystopian end of the spectrum (The Hunger Games, Soylent Green). And, in opposition to bleak visions of the future, there are upbeat and optimistic shows such as the original Star Trek, in which the pioneering spirit of man moves forth through the universe. Or Red Dwarf, which is knockabout fun set on a spaceship.

But which shows or films are truly worthy of investing your time in? Which sci-fi shows (or films) will get you thinking? Which will get you rooting for the good guys in the cosmic battle of good against evil? And, of course, which 4K ultra-HD TVs should you watch them on?

Before we boldly go, here’s a quick reminder of what exactly 4K TV is… 4K Ultra-HD TV is a 400% increase in quality over Full HD because the picture is made up of 3840 x 2160 pixels. With approsimately four times as many pixels as Full HD, 4K specifications are just about the cutting-edge of TV…

Of course, not every show or film we mention here was made or has been put to disc in 4K – but 4K sets do generally ‘upscale’, so the things you watch look way better than elsewhere! Right, Warp Factor One and away we boldly go…

We only just mentioned this iconic series in our intro, but it’s so good we’ll mention it again straight away! Star Trek presents an upbeat and optimistic view of the future… Okay, so it’s a bit colonial (the crew of the Enterprise sometimes seem to try and ‘civilise’ what they perceive to be backward races) but the show was a well-intentioned and highly watchable product of its times. It pretty much got most things right.

Since the mid-1960s Star Trek has been iconic. The kitsch value of the costumes, sets, spacecraft designs, scripts and filming style are beautifully offset by the total charm of the core cast. William Shatner as Captain James T Kirk, Leonard Nimoy as Mr Spock and DeForest Kelley as Bones McCoy. Has there even been as brilliant a space-trio? Well, yeah – Armstrong, Aldrin and Collins. But meh… that’s just real life! Binge on the 75-or-so episodes of Star Trek for a dose of real heroes!

Watch Star Trek on: The Sony Bravia KD49XH8196BU 49″ 4K Ultra HD Smart LED TV. This beauty of a set will have those wonderful Star Trek colours popping your eyes in stunning detail. Featuring Google Assistant built-in, this Sony TV will effortlessly become part of your Google / Android home network. If you prefer to use a different platform, the Sony’s compatible, too: Apple AirPlay and Homekit compatibility makes it possible to integrate with your Apple system. You can also control this 4K Ultra-HD TV through Alexa. More advanced than the starship Enterprise! Get a soundbar too, for maximum joy from that fantastic theme tune!

This is the 1980 movie remake of the 1930s American TV series (itself an adaptation of the newspaper comic strip about a footballer turned space hero). It’s bold and cheesy, as notable for its failings (terrible acting) as for its successes (camp humour and impressive aesthetics) – and as enjoyable for them, too… The music score by Freddie Mercury’s band Queen brings an extra dimension to this simplistic, joyful, colourful and utterly bonkers space saga. Recently released as a 4K print, Flash Gordon has never looked better.

Watch it on: Flash Gordon will look amazing on a Philips Ambilight 43PUS6704 43″ 4K HDR Smart TV. With Philips Ambilight, movies and games feel more immersive. Music gets a light show. And your screen will feel bigger than it is. Intelligent LEDs around the edges of the TV cast on-screen colours onto the walls and into the room, in real time. You get perfectly tuned ambient lighting.

Okay, so this one is up for debate (as it has been since it began, way back in 1978). The BBC’s flagship sci-fi show Doctor Who gave birth to various associated shows (the same writers, production personnel and so on), but Blakes 7 is the most closely related. By its fourth series it was a kind of hybrid pastiche of The Magnificent Seven and Star Trek, but when it began it was quite bleak… Political dissident Blake  leads a small group of rebels against the forces of the totalitarian Federation that rules the Earth and many colonised planets.

The Federation uses mass surveillance, brainwashing and drug pacification to control its citizens but Blake manages to break away and recruit an uneasy band of rebels to fight the Federation. Sometimes poor, it has to be said, but sometimes utterly brilliant, Blakes 7 was recently reissued as a box set containing the show’s entire run. The final scene of the final episode is stunning… And the show, despite being relatively low budget and over forty years old, looks pretty good upscaled on a 4K TV!

Watch it on: The Cello C58SFS4K 58″ Superfast 4K Ultra HD LED TV. The premium 58″ display with 4K Ultra HD resolution delivers stunning clarity, and the Cello is a superfast Smart TV with built-in Wi-Fi which means you can switch quickly between terrestrial and online streaming content. But, obviously, you’ll be caning Blakes 7 before you do anything else!

Okay, there we have it, until the next instalment of our sci-fi round-up. A very brief run at three sci-fi viewing treats we think will give you a good chance of enjoying your free-time! Remember – be geek and be proud! Also remember – check out the other 4K Ultra-HD TVs we have in stock here at Ebuyer.