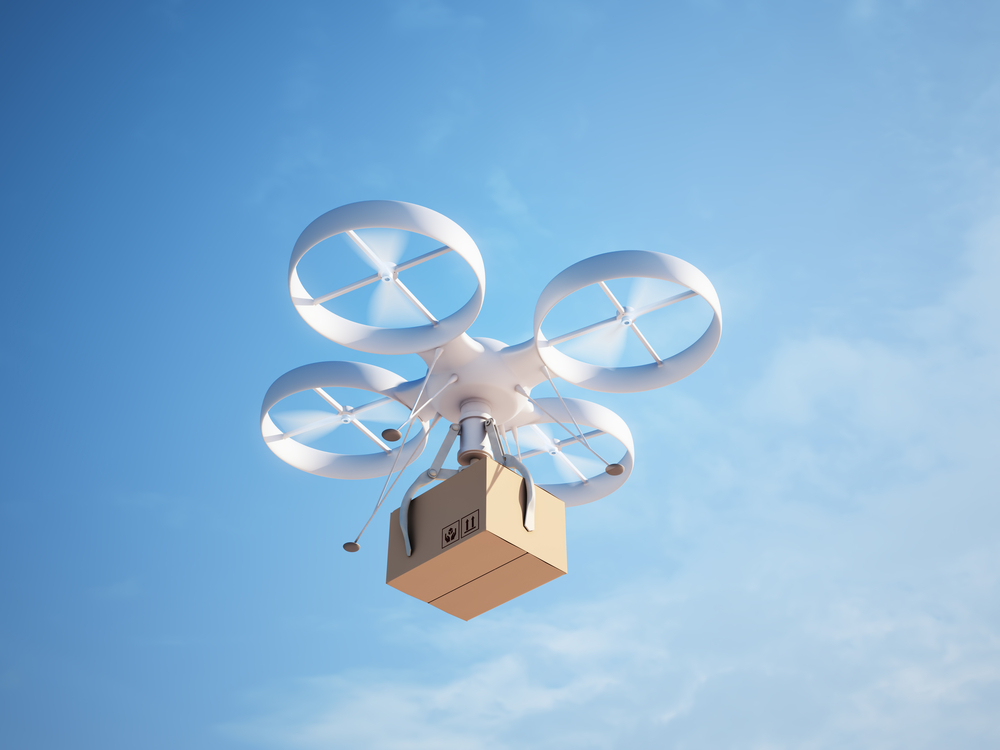 Customers of the supermarket giant will soon see small items dropped off at their homes within thirty minutes of placing an order, says Tesco.

The drone operation will be based at Tesco’s Oranmore store, County Galway, and the drones will deliver “small baskets” of goods to customers in the local area. The drones are being supplied by Manna, which is already involved with medical deliveries in Ireland. The drone trial will begin next month.

Manna originally planned a takeaway food delivery service trial earlier this year but that was delayed due to Covid19. The company currently delivers prescriptions and other essential supplies in the town of Moneygall.

The drones can deliver up to 4KG (9Ib) of shopping up to a mile away in three minutes. They fly at 50mph and deliver products which are delivered from a cargo cassette which is lowered from the drone. Let’s hope the receiver is in, or hasn’t popped to the loo!

Drone trials have previously been opposed around the UK after complaints from residents about the noise levels. Complaints have focussed on the miniature aircrafts being too loud and intrusive. Only last year an Institution of Mechanical Engineers report indicated only a quarter of UK adults supported the idea of drone deliveries, because of safety and noise concerns.

Amazon delivered via drone for the first time in 2016. A customer in Cambridge received their order within thirteen minutes of the order being placed.