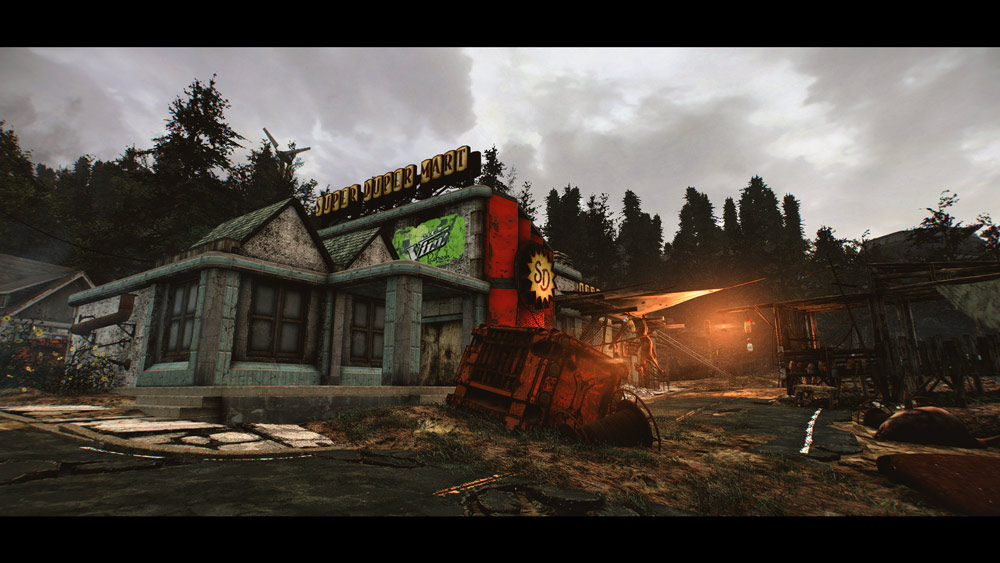 Autumn is the best time of the year for some people. It brings an end to the relentless barrage of Hay Fever, and ushers in eerie Halloween prep. It’s no secret that that Autumn-lovers try their best to soak up every last drop of post-summery goodness.

There’s something about the ground being laden with orange and brown leaves that sparks a cosy feeling inside us all… and what better way to be cosy than staying inside and playing an Autumn-themed game!

That’ll be our favourite pastime this October. So, we’ve rounded up a few of our favourite games which give us the best of what Autumn has to offer.

Set in the year 2287, in an apocalyptic wasteland primarily based in the city of Boston and the surrounding Massachusetts region known as ‘The Commonwealth’.  The player becomes a character referred to as the ‘Sole Survivor’, who emerges from a long-term cryogenic stasis in Vault 111, an underground nuclear fallout shelter.

After witnessing the murder of their spouse and kidnapping of their son, the Sole Survivor ventures out into the Commonwealth to search for their missing child. The player explores the game’s dilapidated world, completes various quests, helps out factions, and acquires experience points to level up and increase the abilities of their character.

Even though the game has been crafted with extensive detail, the most eye-catching thing about it is the warming Autumn vibes. Players spend an overwhelming amount of time travelling around the map and soaking in the scenery, which very quickly becomes the most fun part of the game as they encounter various enemies lurking amongst the forests.

Another entry from Bethesda is Skyrim, following strong Autumn themes as trees all across the map begin to shed their leaves. As the survivor of a failed execution, you get to create your own character and set out on various quests in the expansive Skyrim map.

Quickly you discover that your character is known as the ‘Dragonborn’, and that you are the chosen one to protect the realm. Your character interacts with various non-player characters (NPCs) which populate the world. They can be interacted with in a number of ways. The player can engage them in conversation, marry certain NPCs (irrespective of gender), kill them or engage them in a non-lethal ‘brawl’.

The longer you play the clearer it becomes why Bethesda have chosen the season of Autumn to be the setting of their game. There’s something about the shorter days and colder weather that works so well to amplify the mystery and fantasy element – which is what gamers would say is the USP of the game.

Here’s a throwback for those who have been gaming for many years. Produced by Rockstar Games, Bully offered a slightly different type of game than GTA. Set within the fictional town of Bullworth, the story follows juvenile delinquent student James ‘Jimmy’ Hopkins, who is involuntarily enrolled at Bullworth Academy for a year, and his efforts to rise through the ranks of the school system in order to put a stop to bullying.

Players control Jimmy as he attempts to become more popular within the school’s various ‘cliques’, in addition to attending classes and completing side missions. The game is played from a third-person perspective and its world is navigated on foot, skateboard, scooter, bicycle, or go-kart. In the Scholarship Edition, a two-player competitive multiplayer mode lets two players compete for the highest score in different classes.

Why the game was set in the ‘Fall’ is never made clear, however it is clear that the game would not have the same feel if it were set in the middle of a melting-hot summer.

Looking get into that Autumn mood?

Why not grab one of our best gaming PCs and begin playing one of the above games to start settling into the season? Sure, you could opt for some classic horror movies to start Halloween early… But we’re fans of gaming our way through the Autumn.