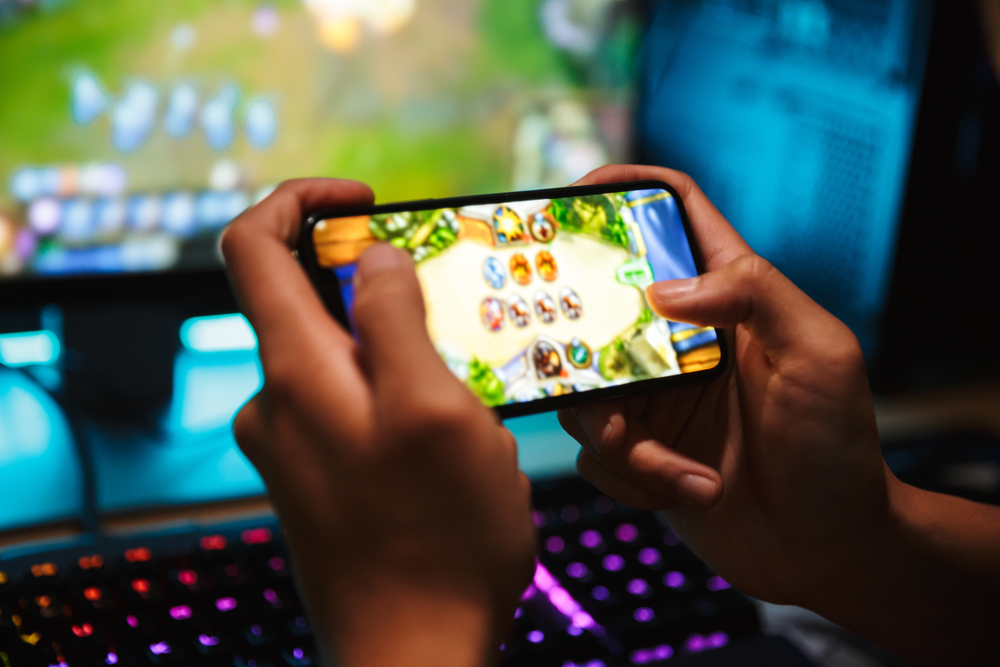 Although it may seem like it, in fact mobile gaming isn’t just something that’s come around recently. The first mobile game was Tetris, which came pre-installed on the Hagenuk MT-2000 in 1994. Its popularity paved the way for more mobile games such as Snake, which came three years later on selected Nokia phones.

There is quite a lot of history behind many of the classic mobile games you’ll remember, but that wasn’t really where mobile gaming became as popular as it is today. We’re looking at smartphones and how they became one of the most popular devices for those looking to game on-the-go.

The introduction of smartphones with large, crystal-clear screens provided the perfect platform for pocket-sized versions of console games and the creation of other games specifically for mobile.

So, where did things really get started?

The rise of mobile gaming

The actual rise of mobile gaming can be traced back to a particular year. 2008. The first iPhone had just been released a year earlier and the App Store had just dropped, which quickly became the central hub for a wide range of applications including games.

The App Store is quick and easy to use, making it super easy for users (especially kids) to navigate the store and buy their favourite games. Just like with anything, once one company launches a revolutionary new service, a rival company isn’t too far behind in developing and launching their own. And that’s exactly what happened when Android Market was released later that year.

If you haven’t heard of Android Market before, that’ll be because it was rebranded as the Google Play Store which was launched in 2012. The new store combined Android Market, Google Music and the Google eBookstore marking Google as a major player in the smartphone market.

With both the App Store and the Google Play store having been around for some time now, they’ve each received their fair share of updates to create an experience more personalised to each user. This means that users accessing the store can jump straight to full libraries of games recommend for them.

The fall of mobile gaming

Okay, perhaps ‘fall’ is to strong of a word. Mobile gaming has by no means hit rock bottom. Occasionally, there is a resurgence in mobile gamers when a popular new game is released, just take Pokémon Go for example. The augment reality game took the world by storm back in 2016, with gamers of all ages wading into ponds, restricted areas and other people’s property just to catch the best Pokémon.

It was a crazy time, but not just for the things it had people doing, it led tonnes of ‘non-mobile gamers’ to pick up their phones and embrace it. As we say, this doesn’t exactly mark the downfall of mobile gaming, but it is arguably the most memorable thing to happen in mobile games since Candy Crush.

These lofty heights where never really reached again no matter how hard app developers tried – and that just about says it all about where mobile gaming is today.

There were attempts to turn it into something more, however, with Google releasing the Google Cardboard which was an affordable way for everybody to experience virtual reality using their smartphone. There were a load of VR apps released to be used with the Cardboard as well and for a short period of time it was revolutionary. But the novelty wore off.

The experience just wasn’t comparable to that of the virtual reality offered by PC setups or even those offered by the likes of PlayStation VR which meant that it was forgotten pretty quickly. With this new attempt to turn mobile gaming into something more proving futile and the battery life of an iPhone older than 2 years being extremely poor, the decline of mobile gamers began.

Whether Apple, Samsung or other big mobile manufacturers will find a way to create a smartphone that is perfect for modernised gaming on-the-go remains to be seen. For now, smartphones will remain at the bottom of the preferred platforms for gaming list.