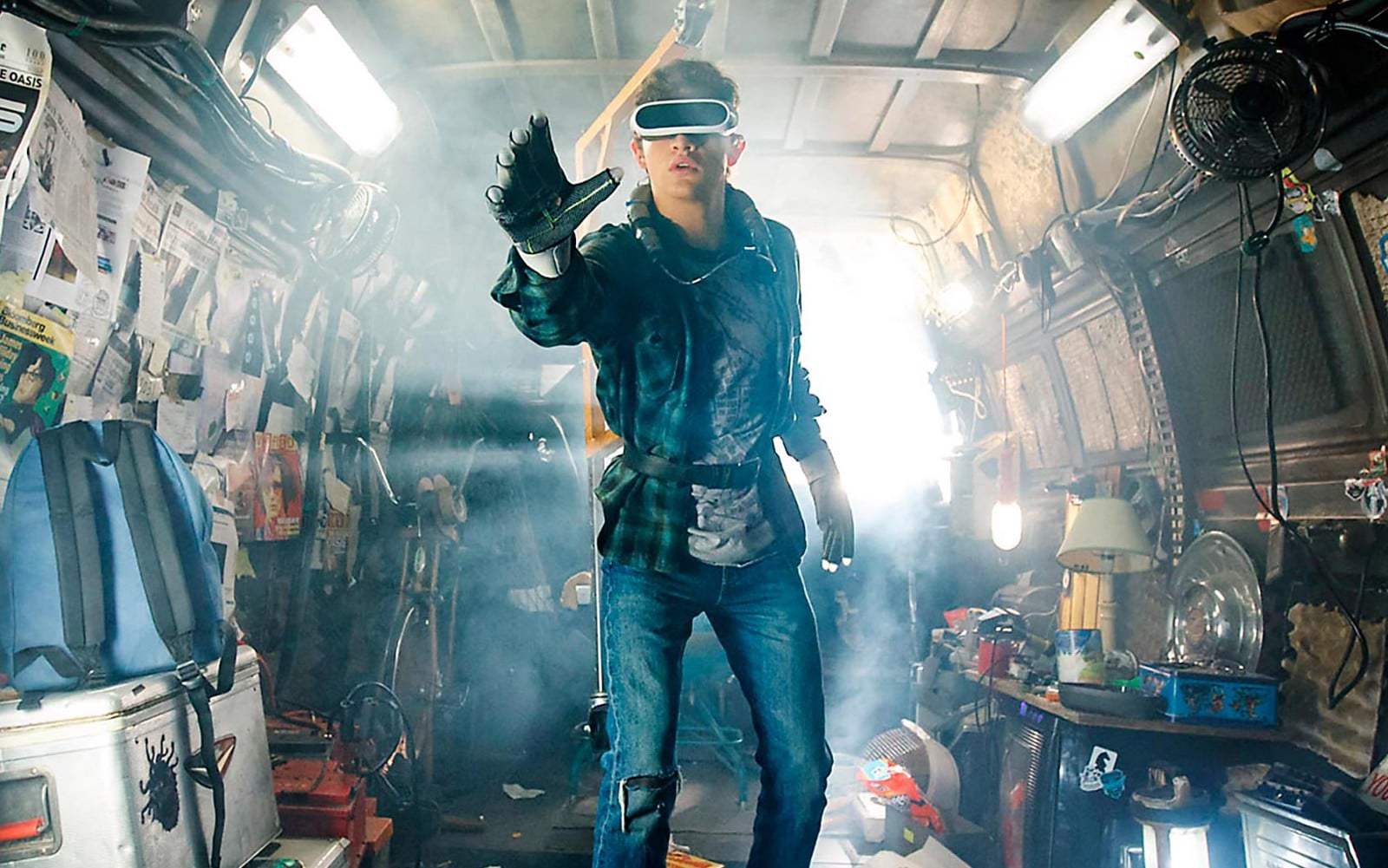 Virtual Reality has been around for quite some time now (in one form or another)… But it feels as though we’ve only just scraped the surface of what VR is actually capable of. In terms of gaming, VR-based games are only just becoming mainstream. And, even then, if truth be told the graphics of these games look almost worse than PS2 era games.

That says VR has a long way to go until we’re fully immersed in worlds that look as sharp as Los Santos in GTA V. Strapping on a headset whilst still sat on your sofa and using a controller, doesn’t really do a lot for immersion. Sure, it can trick your brain into thinking you’re actually in the game, but there’s so much more potential for creative an immersive experience.

Ready Player One is the perfect example of what amazing VR should look like. Yes, it’s a film, and it’s by Spielberg so it’s a great film… but when you look at the tech involved in the uber-realistic setup and compare it with technology available today in the real world, it doesn’t look like too much of a stretch.

So, if VR was to be taken to the next level, what exactly would that look like?

There are VR suits which exist at the moment, but they’re primarily limited to just the top half of the body. Even then, their coverage area isn’t all that big. There are only 16 haptic feedback zones dotted around the torso and arms, which is not a lot when you think about it.

The only way a VR suit could work to it’s full potential is if they’re designed with no holding back. Creating a full body suit with precise sensors all over the body would be the best way to achieve a ‘complete’ VR experience.

As Spielberg’s movie explored, once you’ve got a suit which gives you full feedback and a VR system which blurs the lines between reality and virtual, which is more important? Of course, the idea is dramatised for the sake of the film, but what if VR became so realistic that it became the preferred reality for users?

Okay, so back to practical implications. Multi-directional treadmills which have been made especially for VR are already in use! They do a great job at letting users ‘run’ in different directions which correlate with which direction the character in-game is moving.

They bring a whole new dimension to the experience, getting users off the sofa and into a more immersive bit of kit. They’re pretty expensive at the moment, meaning you’re more likely to see them as part of a pay-to-play VR experience rather than sat in the corner of someone’s living room.

Questions have been asked about whether these treadmills are ‘worth it’, but in the current climate, they’re definitely one of the best ways to enjoy some virtual reality gaming.

Creating controllers in the shape of the actual objects you will be using in-game goes back as far as the Nintendo Wii, when you could get a machine gun shaped holder for your Wii remote and joystick. The concept was extremely simple but went a long way towards making the game immersive and ensuring you felt like you were playing a retro shooter game at an arcade.

Of course, you wouldn’t be able to create a controller for every single object you’re going to use but in the case of a first-person shooter, you’re only going to need one option. In the case of PSVR, the official VR controllers look just like TV remotes with glowing ping pong balls stuck to them. If you’re playing a Star Wars game, the controllers work pretty well as the ‘handle’ of a lightsabre, but their potential doesn’t extend much further than that.

The alternative to creating a controller imitating an in-game object would be the hand-tracking controllers which allow you to move individual fingers. The incredible technology allows you to grab, wave and point in-game just as you would in real-life by accurately tracking where your fingers are in relation to your palm.

For now, we don’t stock any full body VR suits or treadmills! But until they become the staple items for a VR setup, why not grab one of the popular VR headsets available at our website?

Gaming Headsets: Time for an upgrade
Back to school bundles
To Top